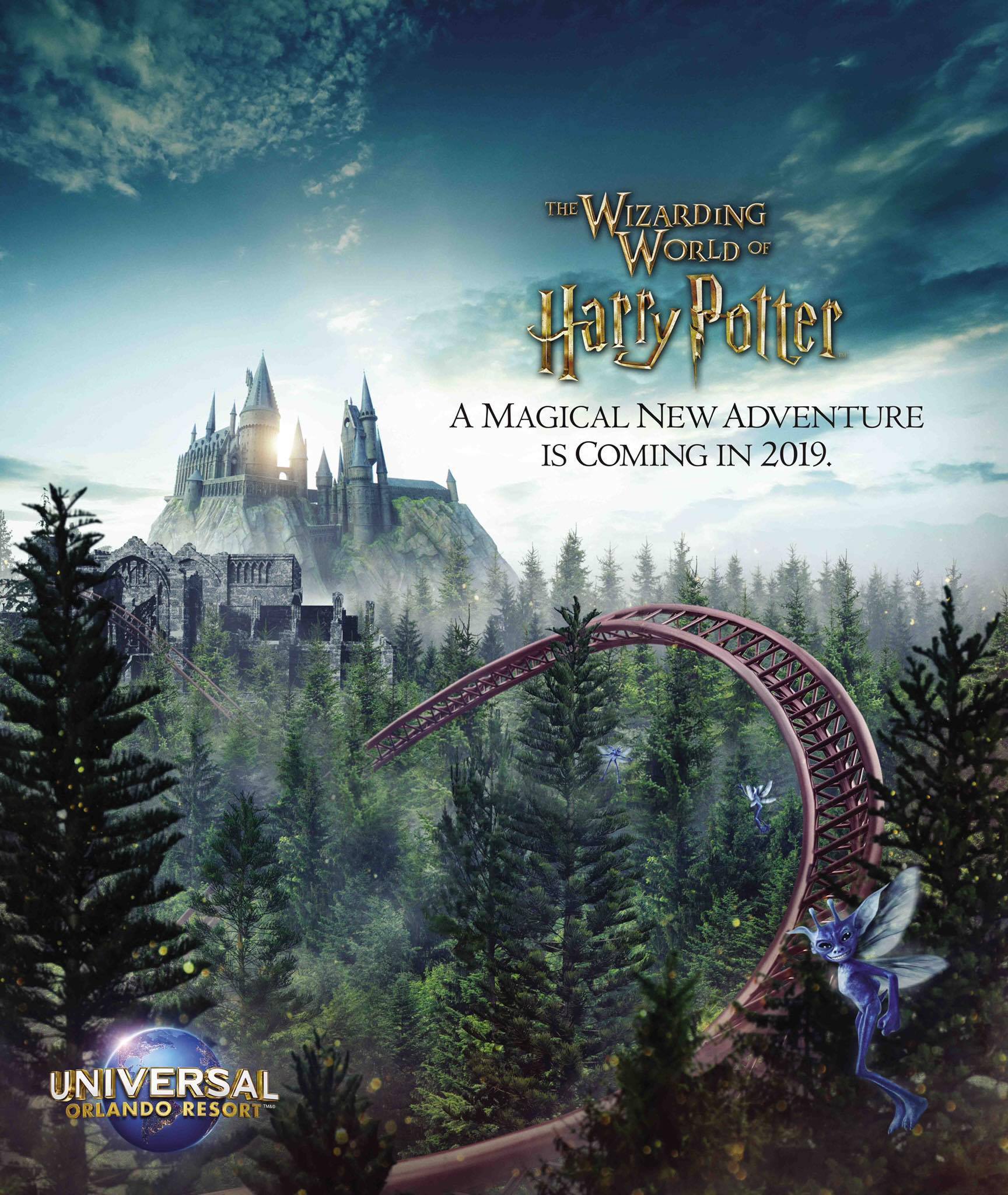 Pottermore first revealed a look at the brand new coaster coming to Universal Orlando next year, and frankly it looks amazing. The picture above gives us our first glimpse of the new coaster, which is the first we’ve gotten since last year’s announcement. The coaster doesn’t have a name yet, or any announced theme. What we can gather from the picture is that it will take place in the Forbidden Forest, and will feature Cornish Pixies. That’s it. That’s the only official things we know so far about the new coaster.

But we’ve heard some rumors.

Keep in mind that rumors are just that, and not official. Until Universal officially announces something, this is just fun speculation.

First off, the ride is rumored to be an adventure that centers around Hagrid. It’s the first major attraction in the Wizarding World that won’t feature Harry, Ron or Hermione. We will ride around on Hagrid’s motorcycle, though the coaster won’t be a “moto coaster” like the upcoming Tron coaster at Walt Disney World. There will be no inversions, meaning that guests will not go upside down. Instead there will be several launches, and the ride will have several scenes of animatronics featuring various Magical Creatures, such as Fluffy and possibly Buckbeak. I would imagine there’s going to be a dragon too, since it’s Harry Potter, and Hagrid did have Norbert.

The ride will take guests flying through the Forbidden Forest on Hagrids motorcyle as you weave in and out of trees, go through buildings and zoom up a huge piece of track before falling backwards. There will even be a point where you fall horizontally through the floor. There’s only one other coaster in the United States that does that, and that’s Verbolten at Busch Gardens Williamsburg. The ride will feature a slew of new animatronics, and will be the first major Harry Potter attraction that’s not screen based.

Again, those are just rumors and we don’t know specifics just yet, but we hear that they’re coming real soon.

What do you think about the new artwork? Are you excited for the coaster? It will take over the former home of Dragon Challenge (Sorry Dueling Dragons!) and will feature indoor and outdoor segments.