Is Six Flags in talks to buy SeaWorld Parks and Entertainment?

According to our fairly reliable friends at ThemedReality, word has just broke that Six Flags has entered talks with SeaWorld to buy the company. There aren’t many details at the moment, and we’re waiting to hear more, but according to Themed Reality, there’s a distinct possibility that Six Flags could become the new owner of SEAS. 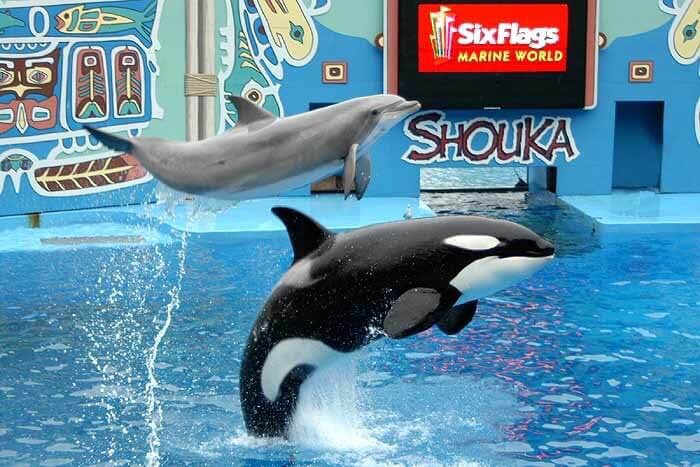 If you told me this was a possibility ten years ago, I would have said you’re crazy, simply because of the major differences between Six Flags and SeaWorld. The biggest being the quality of the product that both puts out. However since the dawn of Blackfish and the downward spiral of SeaWorld under the rule of Blackstone and later Joel Manby, it doesn’t come as a surprising or shocking revelation.

The most shocking thing about this is that SeaWorld is actually on the rise, with the company just posting an increase in attendance and revenue yesterday.

But is it a bad thing? It could be, but at the same time it could mean big things for SeaWorld as well, it all depends on what Six Flags intends on doing with the properties.

Let’s look at what could happen.

Busch Gardens has a reputation for big coasters and thrills. So does Six Flags. It’s pretty obvious that the two Busch Gardens parks will become Six Flags Over Florida and Virginia. The animal attractions wouldn’t likely go anywhere, simply because Six Flags does have experience with animal attractions. However, you’re not likely to see any more new animal habitats in the future.

When you’re talking SeaWorld vs Six Flags, the bigger name is clearly SeaWorld. Everyone around the world knows that name. SeaWorld is synonymous with two things, animal attractions and conservation. Knowing this, it’s likely that SeaWorld will remain as it is, with their facilities and people untouched. SeaWorld is a big name around the world, and the worldwide expansion that Six Flags likely has planned for the parks will depend on the company keeping their commitment to conservation, rescue, rehabilitation and animal connections within the parks.

Six Flags will expand their animal line ups and habitats

Six Flags already has a few parks with killer whales and animal exhibits. In theory. Those parks could become SeaWorld Parks and offer not only more SeaWorld type attractions, but more animal exhibits and habitats.

Of course that’s on the optimistic side. Six Flags could very well just pave over everything and add super loops as far as the eye can see, calling them coasters the entire way. But, with everything that’s at stake, and the huge steps forward that the company could make towards theme park domination, its very unlikely.

For the time bring this is strictly a rumor, though a very likely one, but a rumor none the less. What do you think of Six Flags possibly buying SeaWorld?