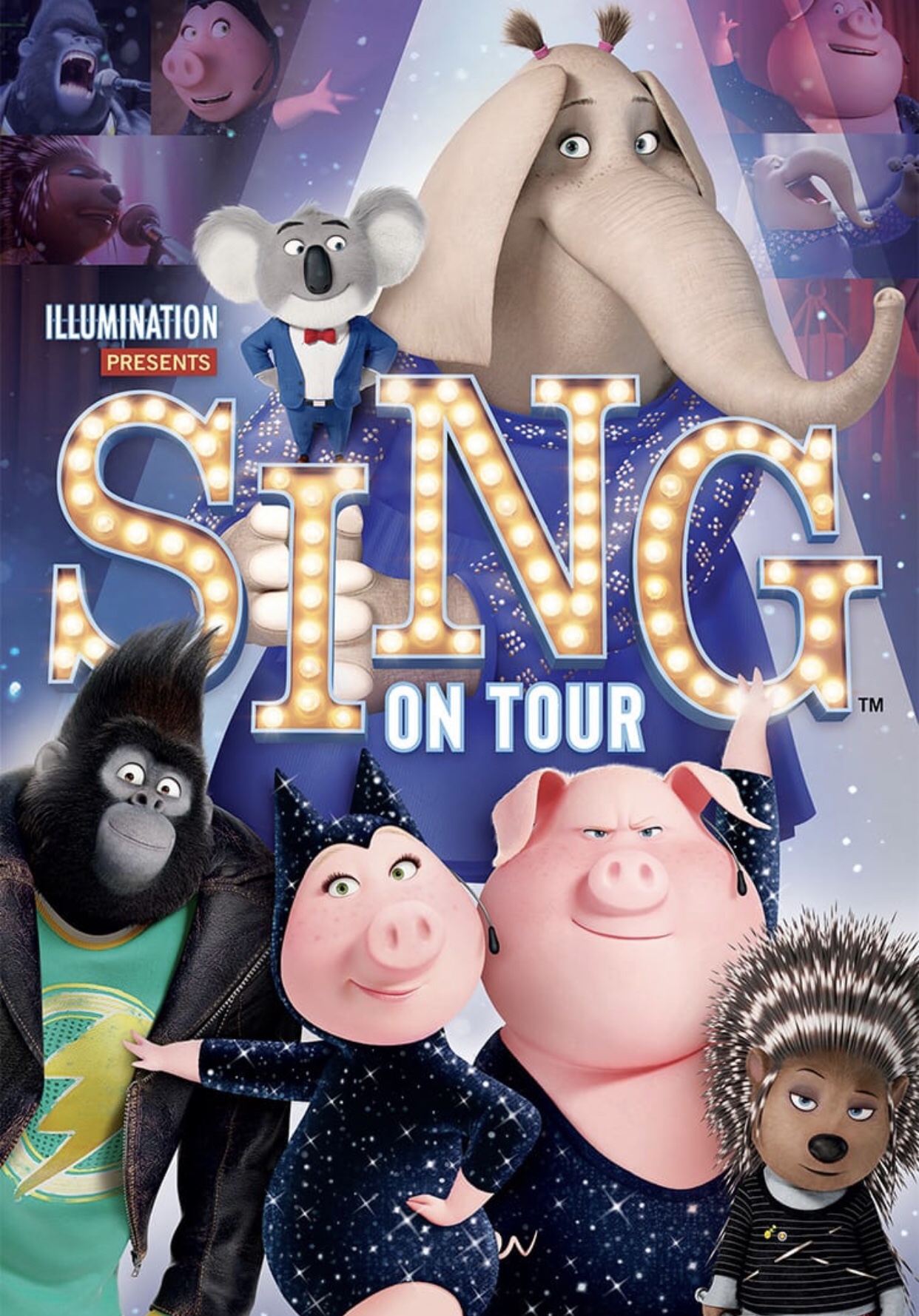 Universal Studios Japan is taking the hit Illumination film, Sing to a new level with “Sing on Tour”. The new attraction is expected to roll out in the Spring of 2019.

There are no major details, but the new attraction will see all of your favorite characters from the film in a huge singing extravaganza. The attraction will take place in the Illumination Theater, which sounds like a brand new venue for the park. 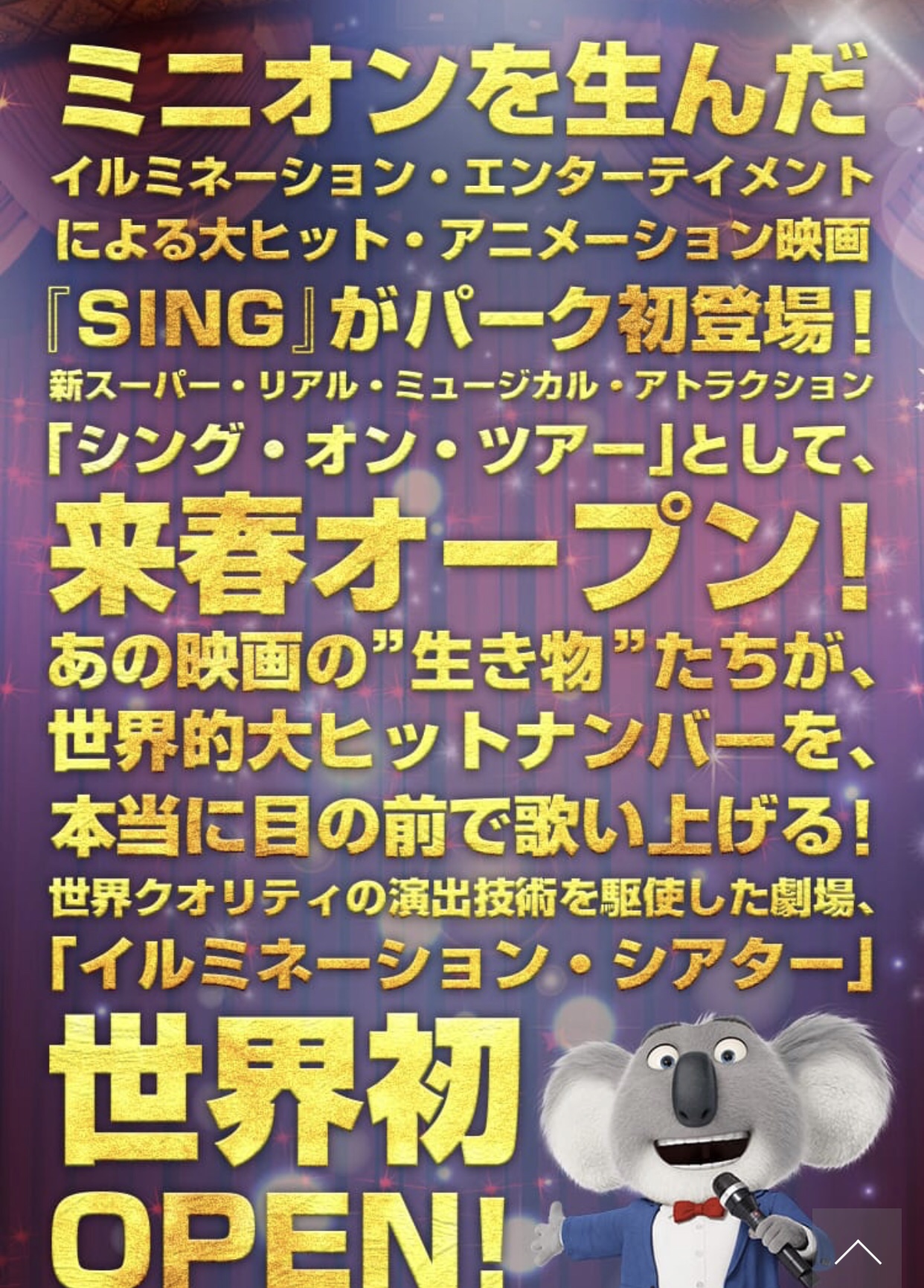 If we had to guess at what to expect, this sounds like a new attraction that could see walk around characters, and definitely some interactive screen characters. It will probably be similar to the Kung Fu Panda Experience that opened earlier this year at Universal Studios Hollywood. That attraction uses screens and projection mapping of the theater to being the world of Kung Fu Panda to life.

Sing is a perfect fit for Universal Japan, and the theater idea sounds pretty perfect for the park. There was a rumor going around that Sing! could also be coming to Universal Orlando. While nothing has come from that, the description from Universal Japan and the fact that this will likely be screen based, sounds in line with rumors about construction we’ve heard about the T2 building at Universal Studios Florida. We’ll dive more into those rumors soon, but it would make sense to have a Sing! attraction at both Universal Japan and Florida.