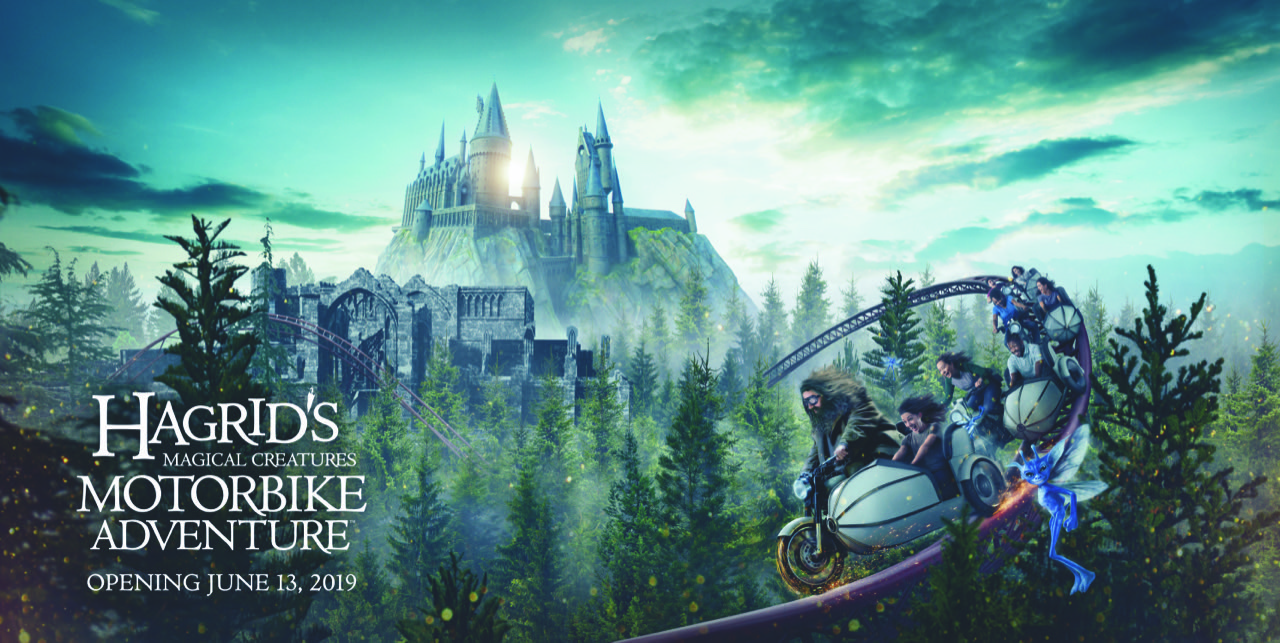 After almost two years since the announcement of the new ride, Universal Orlando on Thursday has finally given us a name of the brand new coaster that will launch fans through the Forbidden Forest. Hagrid’s Magical Creature Motorbike Adventure will take guests on an amazing ride through the Forbidden Forest and bring guests face to face with dozens of Magical Creatures from the Wizarding World. While we do not have all the details about the new coaster just yet, we do have some amazing new art showcasing the new ride.

Even more, the ride will open on June 13th! Hagrid’s Magical Creatures Motorbike Adventure will open on June 13, 2019 in The Wizarding World of Harry Potter – Hogsmeade at Universal’s Islands of Adventure, and feature the most highly-themed coaster yet. For the first time ever, guests will fly with Hagrid on a thrilling roller coaster ride that plunges into the path of some of the wizarding world’s rarest magical creatures.

From the concept art we see the familiar motorcycle, and the side car. This won’t be a “moto coaster” from the looks of things, but a regular coaster themed to a motorcycle. What else can we expect, besides the army of motorcycles? Probably a ton of magical creatures like Unicorns, Fluffy and maybe even werewolves. We’ll likely find out more as the time gets closer!

Universal has released a teaser video for Hagrids Motorbike Adventure, and it features Tom Felton (Draco Malfoy) and Alan Gilmore, who not only worked on the films, but also worked on the original Wizarding World Of Harry Potter and Diagon Alley at Universal Orlando.