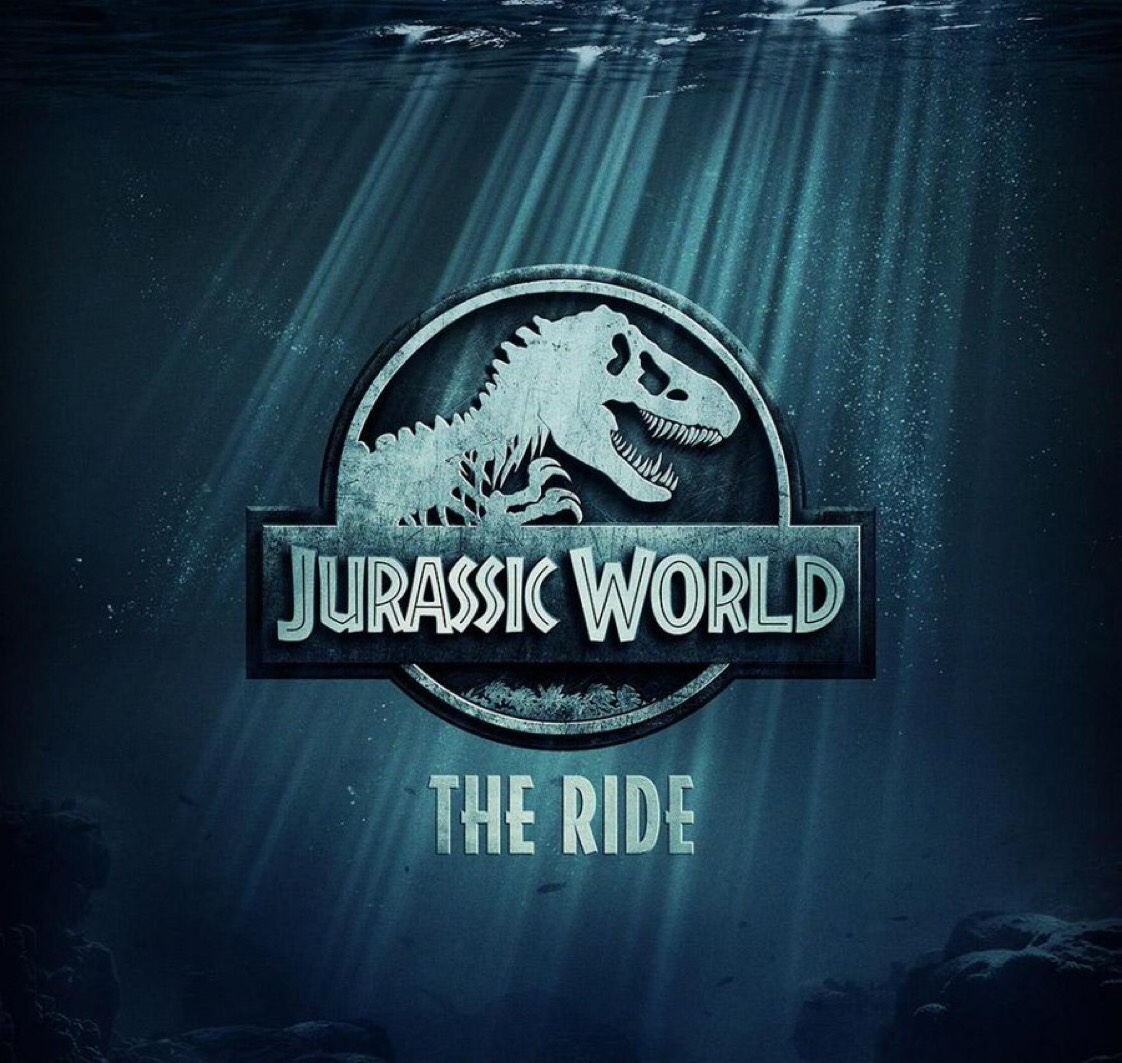 It seems like an eternity since we’ve first learned that a Universal Studios would be closing Jurassic Park: The Ride in order to bring a new world to life.

Now we get our first look at key art (above) but more importantly, we have many new details about what to expect.

Leaping from the silver screen to the theme park, “Jurassic World—The Ride” will immerse guests into newly themed environments and breathe new life into dimensional animatronic dinosaurs, including some all-new fan favorites featured in the Jurassic World films from Universal Pictures and Amblin Entertainment.

This ambitious ride is being reimagined under the direction of the award-winning and inspired minds at Universal Creative, the Academy Award®-winning special-effects visionaries at Industrial Light & Magic (ILM), a division of Lucasfilm, Ltd., the brand stewards at Universal Pictures and acclaimed filmmakers Steven Spielberg, Colin Trevorrow and Frank Marshall.

The state-of-the-art attraction will debut an original storyline that takes place within the theme park as depicted in Jurassic World. It will feature additional new dinosaurs from the film, lush scenic design, and ground-breaking technology that has yet to be experienced within a theme park.

The aesthetics of “Jurassic World—The Ride” will be dramatically enhanced, welcoming guests to a reimagined space reflective of the Jurassic World films. A fresh, new entry statement, stonework landscaping and a contemporary redesign of the iconic pillars illuminated with billowing flames will support a prominent “Jurassic World” marquee logo.

Engaging queue-line videos featuring facts and information about the dinosaurs within the ride set the tone for the adventure ahead, as guests learn more about these imposing prehistoric inhabitants that first roamed the earth more than 65 million years ago.

And the daring expedition begins.

Once aboard specially designed rafts, guests will navigate the lush environs of dense vegetation, traversing new areas besieged with towering dinosaurs meandering just an arm’s length away from visitors. Encounters with such docile creatures as the Stegosaurus and Parasaurolophus will quickly turn awry as predatory Velociraptors and Dilophosaurus begin to wreak havoc, turning guests from spectators to prey. When the Tyrannosaurus rex begins to battle one of the attraction’s new behemoth dinosaurs, the rafts will spill down a treacherous 84-foot waterfall as the sole means of escape.

Located adjacent to the ride will be a new elaborately themed “Raptor Encounter” where Blue, the most beloved and deadly Velociraptor from the Jurassic World franchise, and her beta Raptors will engage guests in daring face-to-face encounters.

In addition, a new interactive “Dino Play” area will incorporate educational components within an inspired space where children of all ages can partake in excavations and investigate giant dinosaur fossils.

It sounds like Universal isn’t just overlaying the ride, but remaking it completely and building a small land around it. It’s a great sounding addition, and one that is sure to be a huge hit. We’ve heard many rumors, but what we can say for sure is that we will definitely see some of the big bad Dino’s from the new film, such as Indominus Rex and possibly mosasaurus.

Video: Go for a ride on the original Jurassic Park

The new attraction roars to life this summer.

Stay tuned for the latest from Universal Studios Hollywood, and CityWalk Hollywood! Get social with us and let us know on Facebook and follow along with us on Twitter @BehindThrills for the latest updates!