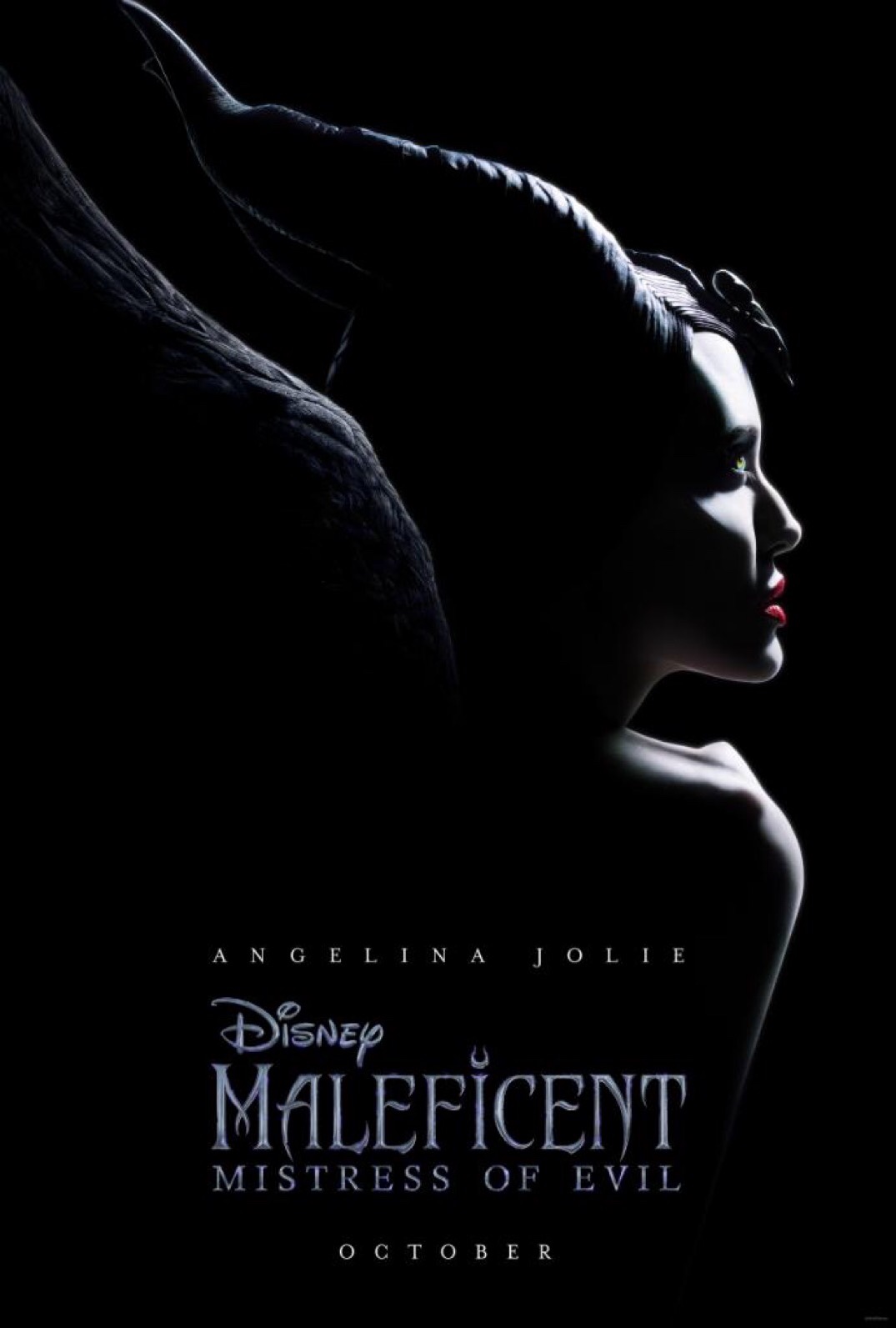 The first poster for the Angelina Jolie sequel, Maleficent has dropped the first teaser poster with a spooky new subtitle and a tentative release date. Disney’s live action tale of the horned villain from Sleeping Beauty is only the second live action film,which were adapted from animated films to get a sequel. The first was Alice in Wonderland. The poster above showcases the second films title-Maleficent: Mistress of Evil. It’s a kind of a spooky title and promises to go a bit darker than the first films happier moments. The film also has a tentative release date of October 18th, 2019. The film was previously thought to have a 2020 release date. The second film will feature Angelina Jolie and Elle Fanning are both returning as Maleficent and Princess Aurora, respectively. Michelle Pfeiffer is playing a character named Queen Ingrith. New cast members in addition to Pfeiffer include Chiwetel Ejiofor, Ed Skrein, Robert Lindsay, and Harris Dickinson as Prince Phillip. Meanwhile, original Maleficent stars Sam Riley as Diaval, Imelda Staunton as the pixie Knotgrass; Juno Temple as the pixie Thistlewit, and Lesley Manville as the pixie Flittle, are all returning. The movie is being described as “a fantasy adventure that picks up several years after Maleficent, in which audiences learned of the events that hardened the heart of Disney’s most notorious villain and drove her to curse a baby Princess Aurora, Maleficent II continues to explore the complex relationship between the horned fairy and the soon to be Queen, as they form new alliances and face new adversaries in their struggle to protect the moors and the magical creatures that reside within.” The film joins an already crowded Disney movie line up which includes live action remakes of Aladdin, Dumbo, and the Lion King. Stay tuned for more, and be sure to get social with us on Facebook and follow along with us on Twitter @BehindThrills for the latest updates! For our latest theme park videos please be sure to subscribe to us on YouTube!
Previous PostSeaWorld Orlando announces opening date for Sesame Street! Next PostBehind the scenes of Florida's Tallest Launch Coaster at Busch Gardens Tampa