The festival season is about to start in Orlando area theme parks with the all new “Just for Kids” happening this Saturday at SeaWorld Orlando. But the big one that lasts months long is of course Mardi Gras at Universal Orlando. The park is transformed into the Big Easy as beads, bands and good times roll every weekend. 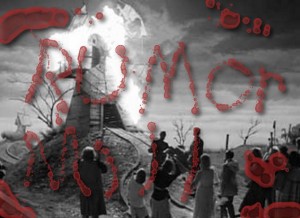 The event features a weekly parade in which tons of beads are thrown from lavish floats, and of course the crown jewel..a free concert by some of the hottest acts. Universal Orlando hasn’t announced anything officially about it, only saying that

However, being that rumors are like turds..they do float around a bit, we do have a rumored list of the band line-up with the event starting on Feb. 11th

Quite a large selection of R&B there with Boyz II Men, Diana Ross and J Cole. The only definites on the list is the already confirmed Kelly Clarkson, and perennial favorite K.C.&The Sunshine Band(also confirmed).
With the rumor of B-52’s, who played the event last year, and Big Time Rush, who played a separate concert, I’m going to call foul here.
But, being that they are rumors…rumors are seeded in truth, so who knows? Perhaps this is an accurate list.
There does seem to be a huge gap in the entertainment with almost no rock bands in the mix. Also heard that since St. Patrick’s falls on a concert date, Universal is seeking an Irish influenced band. Perhaps we can get Flogging Molly or Dropkick Murphy’s into the mix? That would round it out nicely.
Stay tuned for all the latest information about Mardi Gras and all the latest theme park news.
For more information about Mardi Gras at Universal Orlando, visit the official website.
What do YOU think? Is this a good line up so far, or does it fall a little flat? Let us know in the comments below!
TAGMardi Gras Rumor Mill Universal Orlando
Previous PostWhoa Kelly Clarkson! Full Mardi Gras Concert list revealed Next Post100 Years of Universal-Movie and theme park celebrations planned