There is a huge history of horror at Universal. That is actually a bit of an understatement. Universal created the horror genre as we know it. Fast forward to 2015, and Universal is celebrating 25 years of  Halloween Horror Nights at Universal Orlando. The event has scared the living hell out of millions of people all over the world. While the event doesn’t kick off until September 18th, but we got an early look at one of the houses coming to this year’s event. Are you ready for Insidious? 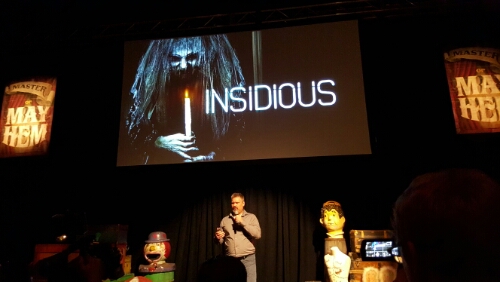 Insidious at Halloween Horror Nights is based on all three movies. The house incorporates tons of elements from each movie, and utilizes the scares to a maximum. While we did get a preview, it is only at about 80% finished.
Even at 80%, the house is stunning. 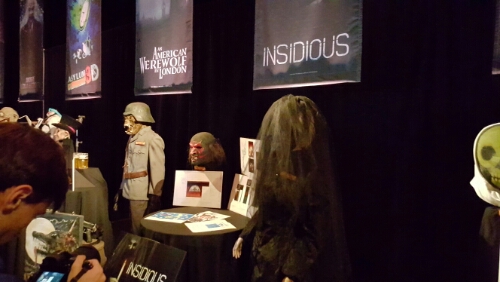 We get to see tons of your favorite characters from the films. While all three films are incorporated, what we saw actually incorporated the first two films. We definitely see the red faces demon and bride in black, as well as what made them tick.

Video-Take a chat with Charles Gray about Insidious

Once again, Universal and the vertices team, as well as the build team proves that any structure can be turned into a haunted house. The level to detail is amaxing, and it makes you feel like you are stepping literally into the film.

This is just need of nine new houses coming to Halloween Horror Nights at Universal Orlando this year.

Stay tuned for more from Halloween Horror Nights at Universal Orlando, and be sure to get social with us on Facebook and follow along with us on Twittter @BehindThrills for the latest updates!