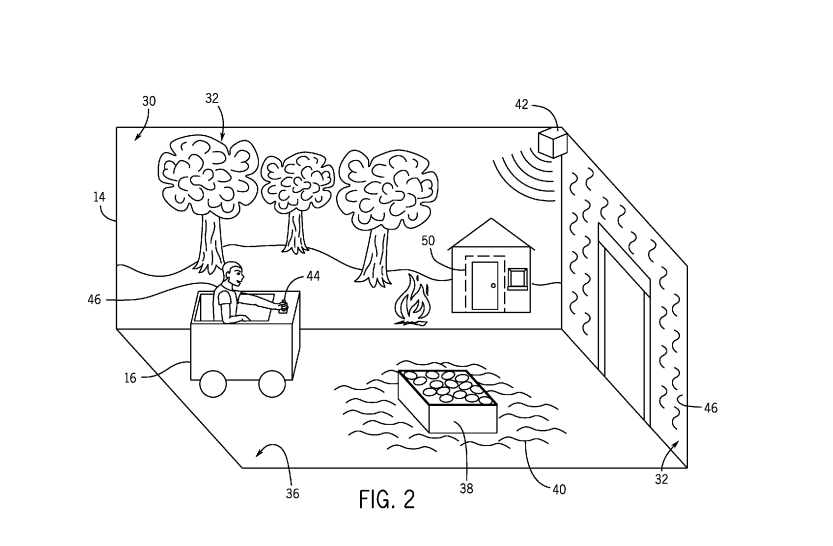 A story over at Orlando Biz Journals is pointing to an all new patent filed by Universal Parks and Resorts that could give guests the chance to not only interact with their surroundings like traditional shooting rides, but also change the outcome of the ride, and the entire environment of the attraction. The new patent lists wands, and the Wizarding World of Harry Potter as an example, but the possibilities of the application for the new control system is endless, especially since Nintendo and Universal are working together to bring video game based attractions to life as well.

What, you thought you’d ride through a static Mushroom Kingdom? 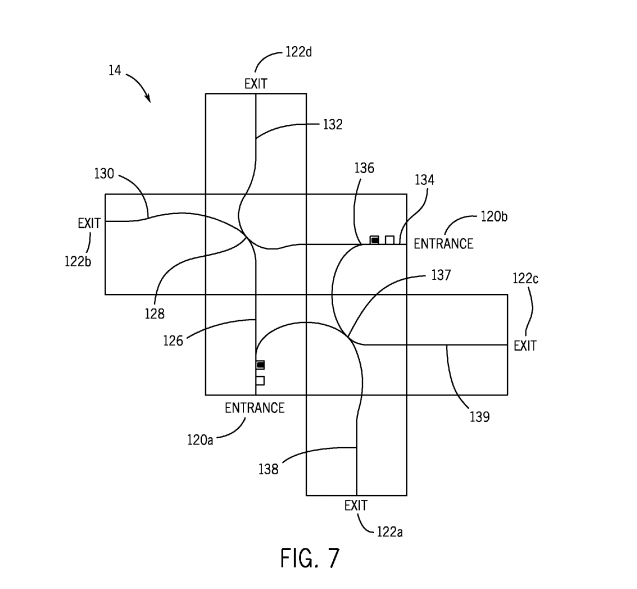 The new system will allow for not only interaction with the surroundings through a wand, joystick, or other weapon (all words used in the patent which can be found here), but also changing of the environments, and even ride paths. Imagine you are on an adventure and you cast a certain spell, or hit a certain hidden object, and your car spins wildly out of control, and the room completely changes! That is what the new patent is talking about! You could have a virtual “choose your own adventure” ride, or an attraction that changes so drastically that it is literally never the same each time you ride.

The new system will also allow for head to head competition with other riders, other cars, and even make you a prop as the ride takes over. That’s right…the ride itself would play the hero and you would just be a piece in the story! There’s even parts that describe guests getting to choose characters, control characters in the ride, and even control pieces of the environment.

Needless to say that this is just in the preliminary stages right now, and Universal is merely applying for the patent on the technology. However, if this gets approved…we could be looking at a variety of different attractions, all using the same ride technology in different and unique ways. 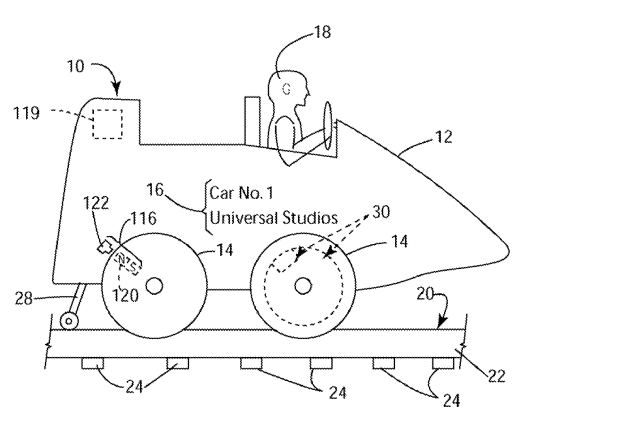 That’s only the tip of the iceberg, as Universal is looking at different ride vehicles that will move and operate in conjunction with the those ride systems. The description for the patent above specifically calls for an omni-mover type system to be utilized in a game.

Disney is certainly looking to up the game with Star Wars based attractions and lands,  but Universal isn’t resting on their laurels. They look like they are pushing the envelope for not only their existing parks, but also for the parks that are rumored to be coming down the line.