The Walt Disney World Resort will be introducing Alcohol to most of their full-service restaurants next week,  just in time for the Christmas peak season as multiple sources with first-hand knowledge have indicated to us. 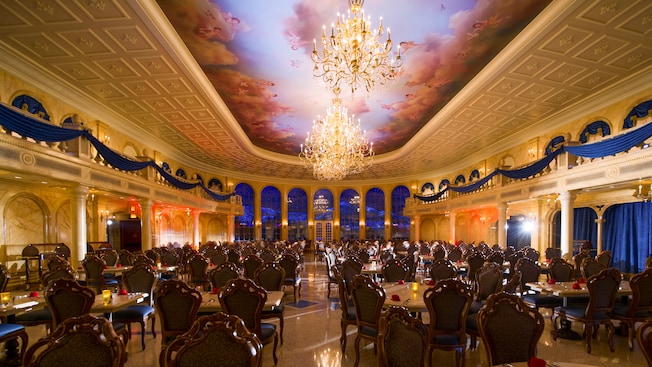 As early as Monday some of the Disney World forums have discussed a rumor that the Walt Disney World resort will be introducing alcohol at their restaurants. The rumor that was circulating was that cast members in the Magic Kingdom who work at the restaurants have started to receive alcohol training. The Rumors also indicated that alcohol sales might start as early as two weeks.

Today, multiple sources with first-hand knowledge have indicated to us exclusively that Alcohol sales are indeed coming to the Magic Kingdom but that they will be at all their full-service restaurants expect the Crystal Palace restaurant next week. This isn’t the first time Walt Disney World had Alcohol in the Magic Kingdom park. The introduction of Be Our Guest brought not only Beer but Wines that focus primarily on France’s famous wine-growing regions, including Champagne, Alsace, Loire, Rhone, Burgundy and Bordeaux. This will become the first time that almost all of the Full-Service locations within the Magic Kingdom will serve Alcohol.

Update: In a statement to the Orlando Sentinel the Walt Disney World Resort confirm today that alcohol will be coming to the remainder of its tableservice restaurants except The Crystal Palace restaurant. The alcohol will debut next Thursday, December 23 at with wine and beer available at Tony’s Town Square Restaurant, Jungle Cruise Skipper Canteen and the Liberty Tree Tavern.

Walt Disney World did not go into specifics what exactly they will be serving at their table service locations but did say that it will match the theme and cuisine of the restaurants. They also noted that they will also be pairing certain alcohol with certain meals.

Tony’s Town Square Restaurant, an Italian restaurant in the park’s Main Street area, will offer Italian wines and beers, including a Chianti Superiore designated to pair with the grilled pork chop with mushroom-bean pancetta ragu and marsala reduction.

Jungle Navigation Co. Ltd. Skipper Canteen in Adventureland will have a more global beverage menu, with drinks such as a riesling to pair with Trader Sam’s head-on shrimp.

Cinderella’s Royal Table, which host many special occasions at its spot in the center of the park, will serve champagne and sparkling wine.

Beer and wine will only be sold within the table-service restaurants. There will be no to-go options or standalone bar. Again, Magic Kingdom what did you alcohol sales next Thursday on December 23 at a table service locations.