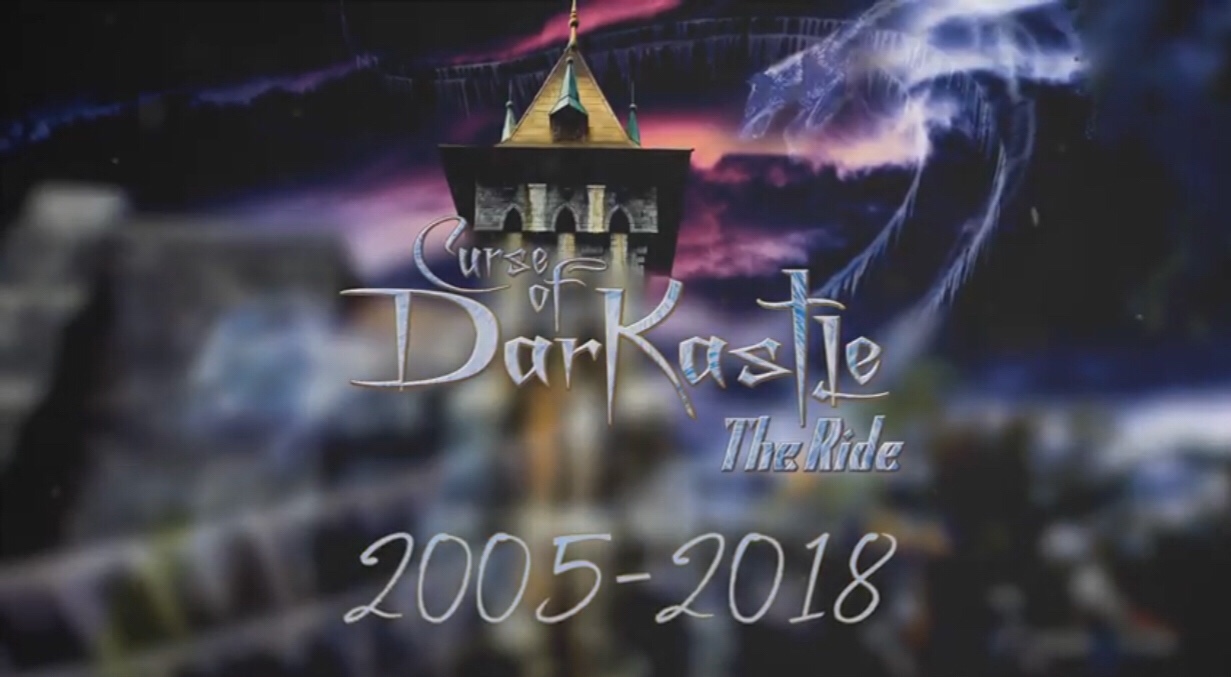 Busch Gardens Williamsburg has officially announced what we’ve feared since last year, Curse of DarKastle is now closed. The announcement was made official via Facebook:

Let’s be honest, DarKastle was a scarier version of Spiderman at Universal. It was fun, and it fit into Busch Gardens Williamsburg very well. While it was a clone, it was also one of the only attractions that Busch Gardens (and SeaWorld) had that was completely different than anything they had done in the past, and really since. It is a shame that the attraction is closing, but it’s indicative of the new direction the park is going.

Yes, family thrills and coasters will always be part of the parks make up, but it is also shifting more towards festivals and special events. They are cheap to do, and the parks make a good amount of money. While you may complain about “corporate greed”, keep in mind that SeaWorld Parks and Entertainment continues to operate with falling profits. It really needs to stick with what’s working in terms of making money.

ALSO-why not build an all new venue behind Festhaus, in areas that they have traditionally used for these events? Things like concerts and Howl O Scream used to take a place in the area that used to be home the to Drachen Fire coaster. If the park is no longer using that area for these special events, then it’s possible that development is coming very soon, or at least within the next few years.

Still, the closing of DarKastle leaves a hole in the line up of the family park. There will be an all new dark ride opening later this year when Battle of Eire opens in Ireland. The new VR attraction will be a first of its kind, but while it will be amazing, there’s still something about being completely immersed in the wicked castle of a dark and demented prince.

Fare thee well DarKastle. We will see you in our nightmares.

TAGbgw Busch Gardens Williamsburg curse of DarKastle Ride closures
Previous PostSeaWorld and Ocearch join forces to bring more protection to oceans Next PostHere's what to expect from Universal Orlando's A Celebration of Harry Potter this weekend!