Before the team from Universal Orlando took the stage, a dark clad individual returned. Calvn Thorncastle, head of Legendary Truth announced they are back…but in true fashion questions were left unanswered. Legendary Truth was last seen in 2009 and was supposed to be a part of the whole story. It was interactive themeing at its best, and it took the horror out of the parks and back home with guests. Then…mysteriously Legendary Truth was silenced. Today. ..they have returned. 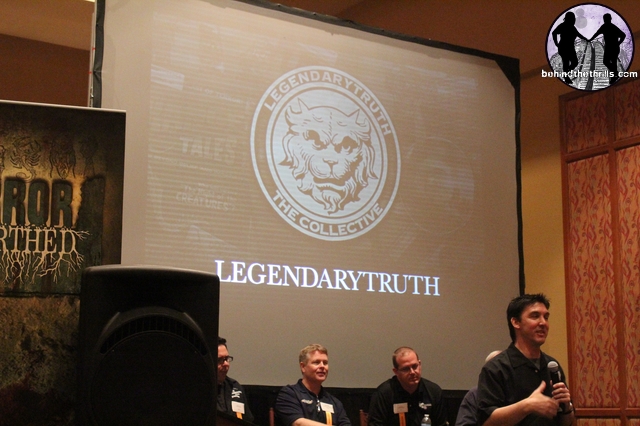 The park extended the interactivity the following year by putting clues hidden within the website. The clues lead guests to actual places in the park to be rewarded.
“The operations people had no idea we were playing the games in the park.”

The success of the event showed the team that it could be successful and that the fans loved it, which lead to 2008 and the creation of Legendary Truth and Dr. Mary Agana…Bloody Mary.
“How do you take something that everyone knows and make it new?” Said Mike Aiello one of the creative team. 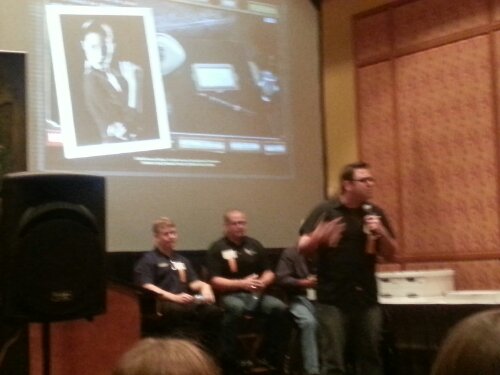 “We out several layers on the website to tell stories that the average guests wouldn’t know.”
The website gives the opportunity to tell stories that go deeper for those willing to dig, but how do you get the audience to dig?
They created a journal that told the story and unfolded, telling stories about the houses that would be at the event, and what characters you might see. 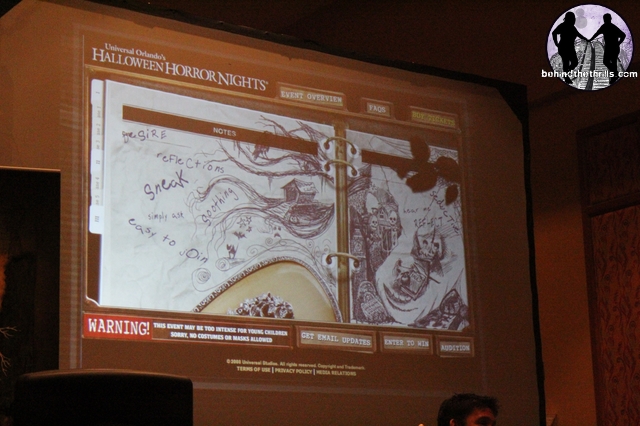 Everything in the story had a meaning, from the words down to the doodles. Some of the doodles even threw out actual elements of the story.
From there the park started sending out cryptic emails giving clues about the layered story of Bloody Mary. Legendary Truth was born from the need to tell who she was and how she came to be via a website that was updated live by the creative team who was monitoring fan sites, and forums for reactions. Legendary Truth revealed the story of Bloody Mary…but they weren’t done there.
The team set up in park operations for Legendary Truth where fans could complete tasks and get directives during Halloween Horror Nights.
“The guests weren’t just seeing the story, they were part of it.” Explained Mannarino.
Games in the park, clues on the website, even people working together socially on other websites.
It was huge for the event with 3000 people playing…but it wasn’t over yet.
2012 saw a more interactive experience with Horror Unearthed. 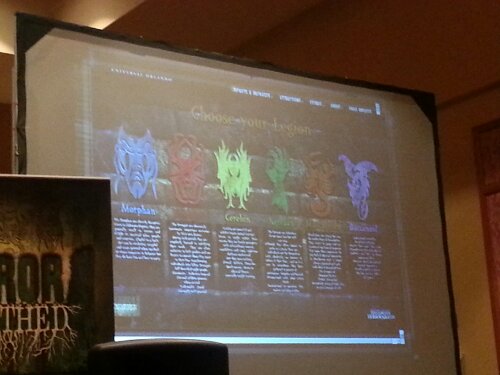 The legions of horror, the roaming characters in the park played a huge part in the online experience. Guests would choose online the team they wanted to represent. They had games that would give fans a chance to strive or suffer as a team.
Of course there were also in park tasks, and the park even instituted RFID cards to scan as they exited the houses.

This year…not only will the games return, but so will Legendary Truth. 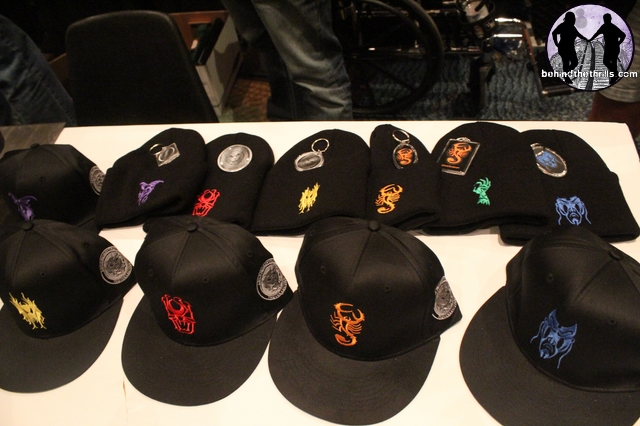 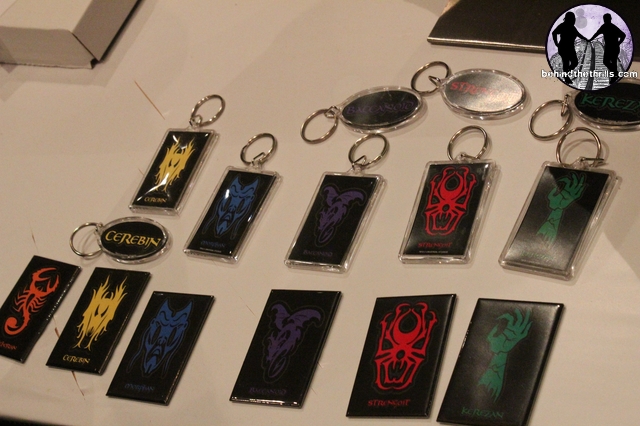 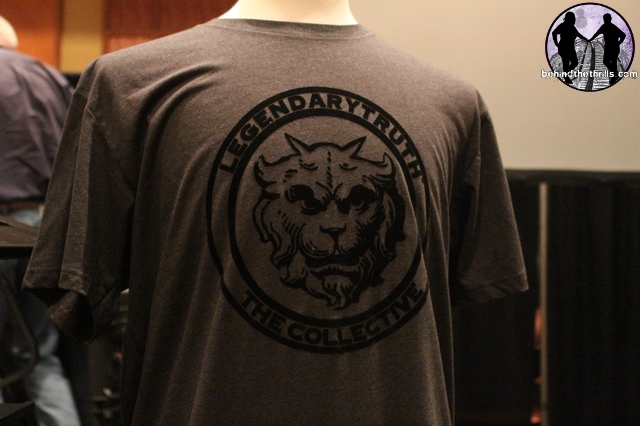 Fans will be able to buy merchandise from Legendary Truth that originates from last year’s Legions of a Horror, including hats, t-shirts, magnets and keychains. Merchandise will be available beginning in June on the official Universal Orlando shopping website, which you can find by clicking here!

If that’s not enough, Universal will give fans more throughout the year, as HHN will become a year long campaign. Horror does not end…neither will Halloween Horror Nights for members of Legendary Truth.

Watch the full panel with all the information and the reveal of Legendary Truth missions and merchandise here!

No specific details are given about this year…but big things are coming to Halloween Horror Nights, and they are showing love to their fans in a big way.

More from the panel:

For more Informatiom…and to begin the madness visit the official website!