It’s been rumored for years now, and the rumors have been all kinds of bug nuts crazy but it seems that the cameras have finally started to roll on Jurassic Park 4 at Universal Studios Hollywood’s Backlot. The movie seems to have creeped into production this week, and thanks to the folks over at Theme Park Adventure we have a few pics to go on. The best I can tell this isn’t photoshopped as it came directly from TPA’s twitpic (click here to check them out on Twitter) as they were at the park.

The last we heard of Jurassic Park IV it was way back in 2007, and included a screenplay for the film that Steven Speilberg was really fond of. It included going  back to the Island from the first film, and bringing back that canister of shaving cream that Nedry hid all the DNA samples. Then it took a turn for the weird. The DNA was supposed to be used for some crazy idea to breed out the dinosaurs that were breeding like crazy and making life miserable. That DNA was instead used to create super smart dinos that became Mercenaries, and talked. Read the rest here. Talk about batshit!

It doesn’t exactly confirm that it’s going to be the Mercenary Dinosaurs, but hopefully it won’t be “Hey let’s go to this Island”. 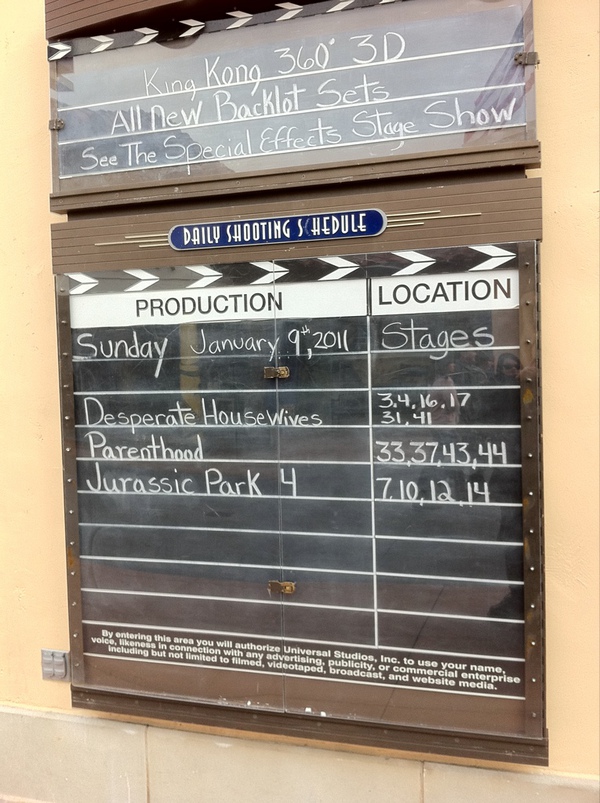 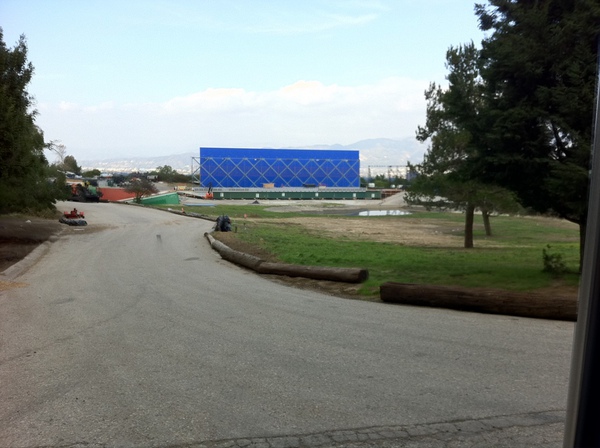 As you can see filming is taking up a few different sets, and it’s also begun some blue screen work by the War of the Worlds soundstage area. Nothing else can be seen of the sets from the tram tour, but the good news is that filming has started, or so it seems. It could be a joke a mistake or anything else. And now Universal claims it was a joke someone pulled, though a special edition blu-ray is coming this year and could have new material. We’ll keep you posted if we hear more.

Back to the story ideas, what would you like to see these pesky Dinosaurs getting into? Personally I like the idea that was floating around right after Lost World about a mutated super flu that is passed on from the dinosaurs through the air, and the only one who sees it coming is of course Ian Malcolm, because Chaos Theory predicted it. Regardless, it could be a good thing for theme park fans, because where there’s a hit movie there usually can be another big attraction right behind it!

Special thanks again to Theme Park Adventure for the image. Click here to read the story of the discovery.