Compared to our update from last week, so much more has already changed. Granted the park is only clearing land at this point, but things are changing quite rapidly regardless of what they’re doing. Vaughan made his way out to the park this week to get the scoop on Busch Gardens Williamsburg’s “project 2012”, and he’s got a lot to show. 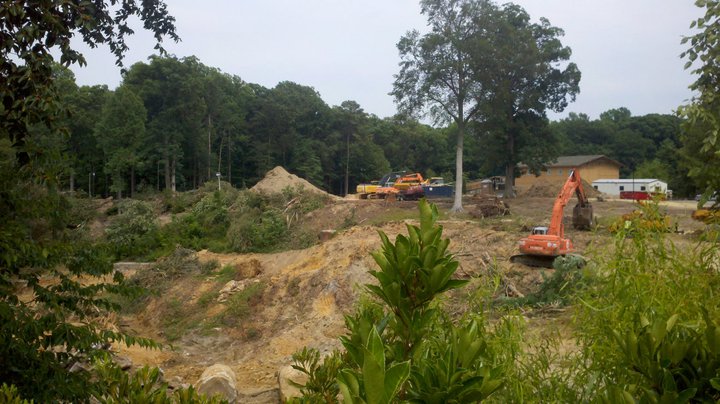 In fact, most of the land behind the bumper cars has been cleared. 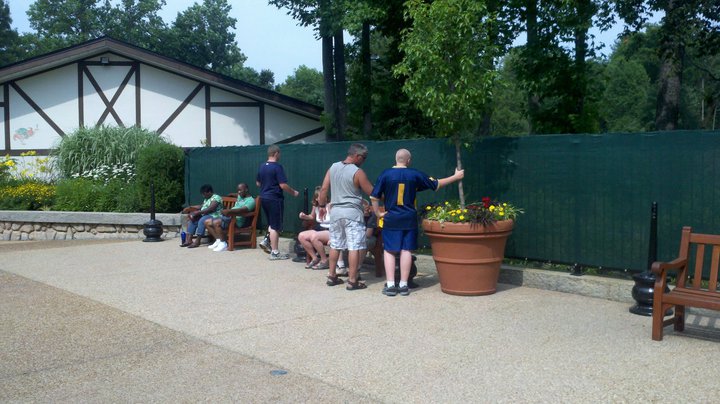 New fencing has also gone up in Oktoberfest around the side of the Festhaus. Remember where  Wolf used to take it’s first drop through the Bavarian village? Yep, that area has green mesh up around the fencing now. Here’s a bunch of other photos of the area.

He also stopped by and checked out Wolf’s old queue line to see what else was happening there. If you guessed a lot, pat yourself on the back. 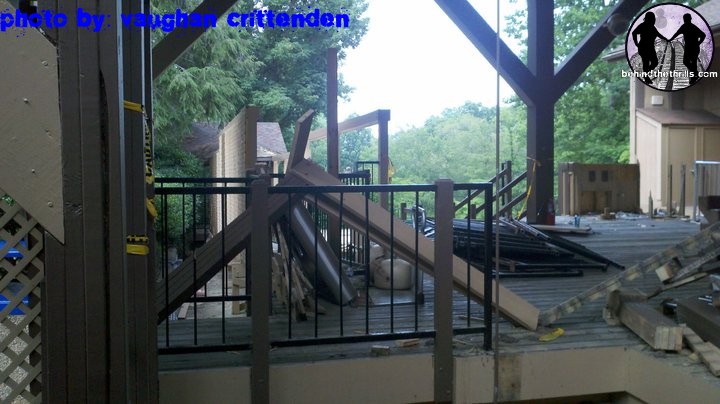 Notice the roofing over the ramp that joined the station to the bottom portion of the queue is completely gone. 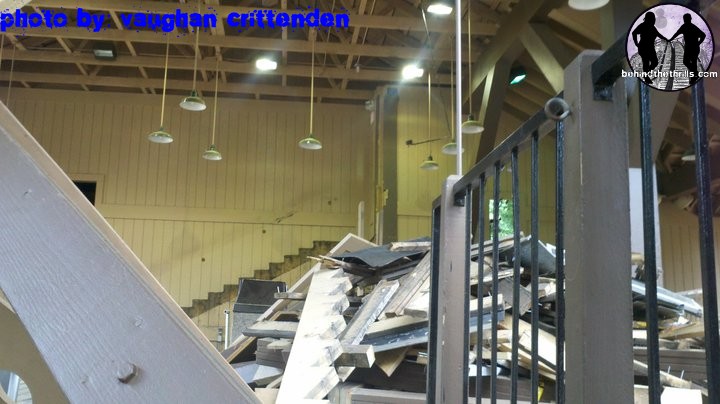 Not only is the over pass gone, but the stairs, hand rails, and all have also been ripped out. I’ve also been told it looks as if the floor is in the early stages of being torn up. My guess is that because Wolf needed gravity to get the train out of the station, it had a slightly sloped floor and the new coaster won’t need a sloped floor at all and will be able to have a perfectly level station.

Opening June 27th is Illuminights. Illuminights made it’s grand debut last year for Busch Gardens Williamsburg’s 2010 season. From June 27 to August 21, guests can celebrate summer with fireworks and nightly shows in various countries through out the park. Each country in the park celebrates Illuminights in their own way.

France was probably my favorite last year. Though the parade was fairly short, it was a LOT of fun to watch. However, it seems the parade will not be returning this year and has been replaced by a side street celebration featuring can-can dancers.

There’s no better way than to end your night with a BANG. Each night of Illuminights, the park will have fireworks above the Rhine River.

Here’s a few photos to get you excited about Illuminights opening very soon!