Universal Orlando will announce their full 2012 line up this Wednesday (Jan. 25th). Of course you’ll be able to find all the details here, and on Twitter as we will be there with the announcement. But for now, it seems that Universal Orlando wants to tease a bit about it first, making everyone’s mouths water through Facebook.

So, as Universal teases us, we’ll take a look at each clue and try to break things down, give our opinion on what we think the announcement will be. 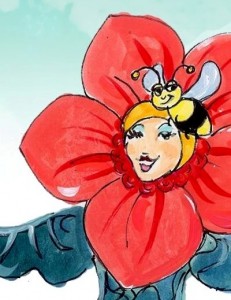 A person in a flower suit with a Bee. This is clearly from the rumored parade. However, while many were hoping that this parade would be movie based, it doesn’t appear to be the case. Though what we could be seeing is part of a scene from a movie? It’s anyone’s guess, but fingers crossed for something as cool as this:
httpvh://www.youtube.com/watch?v=sfBfwiTFQ5o

Clue #2
The officials Universal Facebook released a second clue today.
httpvh://www.youtube.com/watch?v=G16_UzDu6iU
Okay this one is obvious. We all know what the “super fan” is standing in front of. Rigging for the new lagoon show! We know its going to have something to do with 100 years of Universal films because the Universal COO said so in an interview weeks ago. We just don’t know how its going to be executed.

Stay tuned for more details! What do you think it will be? Let us know in the comments below, or if you have a question about that we can answer, simply ask us a question!