Hollywood Studio’s has the night rocked

On Thursday President Obama delivered a speech at the Magic Kingdom that outlined a way to increase tourism, revenue and jobs for the United States. While this was going on, the Magic Kingdom changed operations, which included having extended Extra Magic Hours at Disney’s Hollywood Studios. It also included changing the nightly entertainment from the normal Wishes at Magic Kingdom. 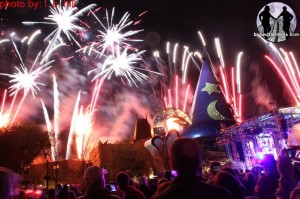 Rock the Night was a one time fireworks display at Disney’s Hollywood Studios. The fireworks show was a low altitude display right over the studios. Crowds loved it, and it seemed to be a success, so it does make one wonder if we will get  a full nightly version of this sometime soon.

We will have video up shortly, but for now, here’s a collection of pictures from the event.