2012 has been dubbed as the “Year to be here” by Universal Orlando Resort as the park is rollling out an unprecedented amount if new attractions. The park has already had amazing success with new additions to existing attractions, but the park had announced a grand opening date for two all new entertainment options. 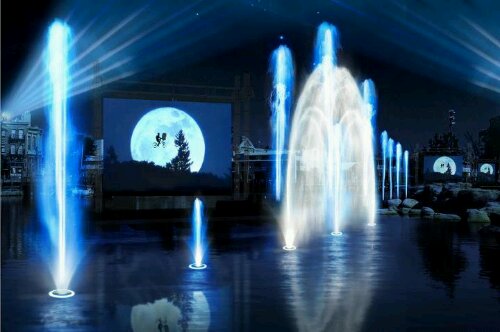 In February Universal unveiled all new segments for their Blue Man Group show, as well as opened the all new Hollywood Drive-In Mini golf in Citywalk. In March The Amazing Adventures of Spiderman received a digital high def upgrade.
Now Universal Studios has announced the official grand opening date for two new entertainment options, via their official Facebook page.

On May 8th the park will open The Super Star Parade, and Universal’s Cinematic Spectacular: 100 Years of Movie Memories.

The Superstar parade will feature floats and characters from Spongebob Squarepants, Hop, and Despicable Me.

The Cinematic spectacular will be a nightly lagoon show using movies, music, water fountains and pyrotechnics!

The show has been testing throughout the past few weeks and is expected to soft open very soon.

For more information, including tickets, visit the official Universal website!