Universal Orlando is ramping up their “Year To Be Here” campaign with two more entertainment experiences officially opening to guests. Cinematic Spectacular: 100 Years of Movie Memories is a brand new lagoon show that features state-of-the-art technology water screens, plus fountains and pyrotechnics to bring the experience together. The show is not only a replacement for the previous show, 360: Cinematic Spectacular, but an impressing upgrade. Universal’s Superstar Parade is a daily parade that features characters from HOP, Dora the Explorer, Despicable Me, and Spongebob Squarepants. However, it is more than just a parade: it features 13 mini-shows through out the day.

Universal truly rolled out the red carpet to celebrate the grand opening of both of these attractions. 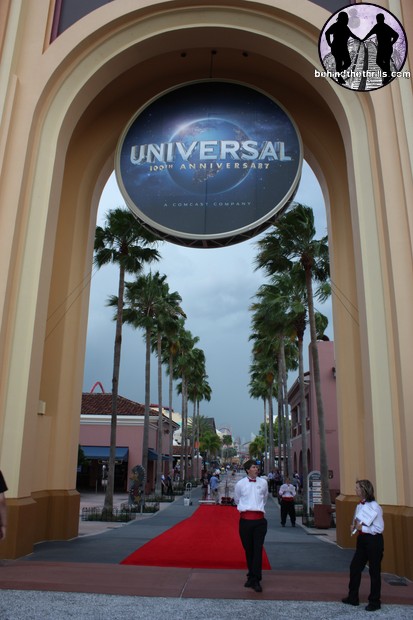 We were invited to an exclusive party on Hollywood Boulevard and inside the Pantages Theater, where the Horror Make Up Show is located). Universal hosted a contest via their Facebook Page with the grand prize being an invitation to the special VIP party. Luckily, the nasty weather stopped early enough in the evening to allow both performances to occur. 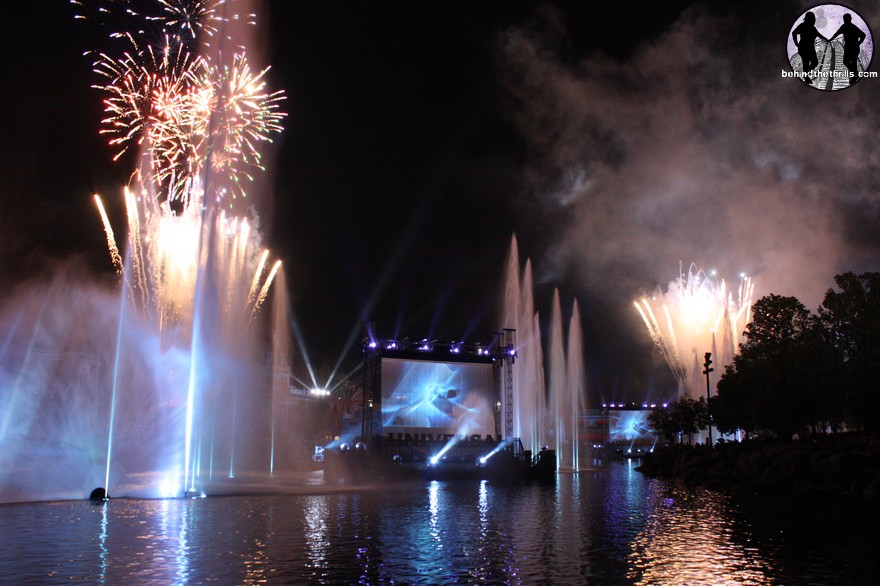 Cinematic Spectacular can’t be classified as a “fountain show”, “firework show”, or a “movie show”. This show takes all of those concepts and puts them into one brilliantly choreographed show. It’s better classified as a “lagoon show”. The show features fountains, pyrotechnics, and clips from more than 200 Universal films projected onto a screen made entirely of water.

Things you should know: 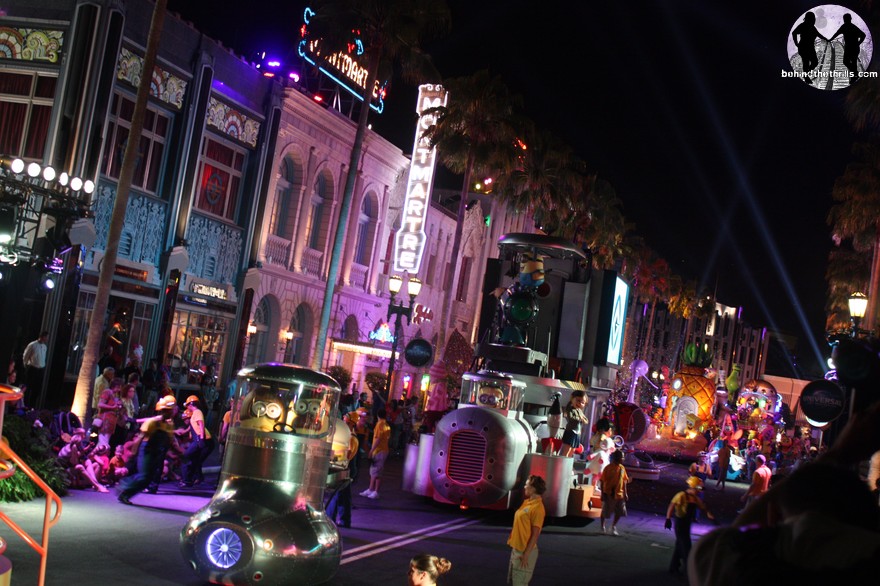 Universal is notorious for doing awesome parades through the streets of the park, such as Mardi Gras and Macy’s Parade. However, this is the first time ever Universal has had a parade that will run daily that is not seasonal. The parade is about 10 minutes long and features characters from Spongbob Squarepants, Hop, Dora the Explorer, and Despicable Me. Unlike other parades, Superstar Parade features two “parade stops”, where the parade will stop in New York and Hollywood and do dance numbers and interact with guests. However, this is more than just a parade. This new addition also incorporates 13 different performances through out the day. Check your park guide for show times and locations.

Things you should know: