Unmasking the Horror at Universal Orlando: A lights on tour of Gothic, Dead End, and Penn & Teller

The tour is $55 per person, plus tax. It offers a lights on tour of three of the seven haunted houses at Halloween Horror Nights 22. The tour lasts approximately two hours, but might run over a bit depending on your group and tour guide. The tour guides are very knowledgeable of the houses and provide you with insights on the houses (which we will cover later in this article). It also offers you the chance to not only see the houses with the lights on, but it offers a rare chance to take as many photos as you desire during the tour. Unfortunately, Universal has  a strict policy against video taping the tour this year, so leave your camera at home or in your car.

We will take you a little bit behind the scenes of Gotic, Dead End, and Penn & Teller. However, we promise you that we won’t spoil everything inside the houses, so if you want to see everything and hear all the fun facts, you’ll have to book the Unmasking the Horror Tour. 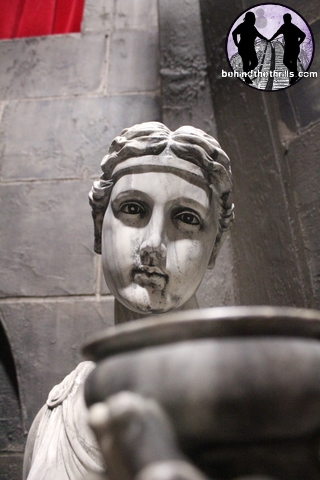 Gothic is based on the Notre Dame Cathedral in France. The cathedral is going through a refurbishment, so you will see scaffolding within the house. The Gargoyles do not like that a refurbishment is being done and they are trying to make you leave. 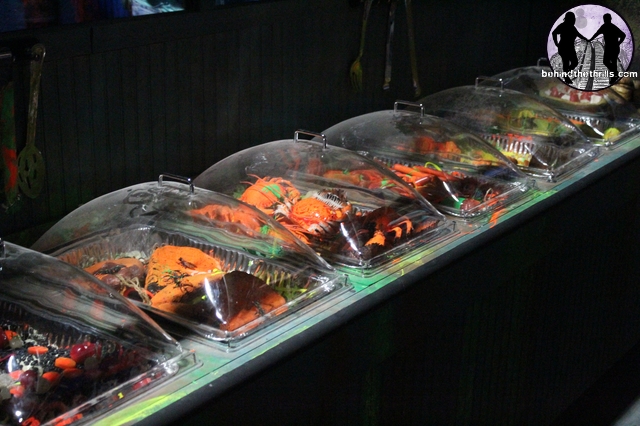 Penn & Teller is a 3D house. If you’re familiar with these guys, you probably already know they have a bullet trick where they shoot at each other and catch the bullet in their teeth. Instead of a bullet, they decided to go with a nuclear warhead… and it’s gone terribly wrong. 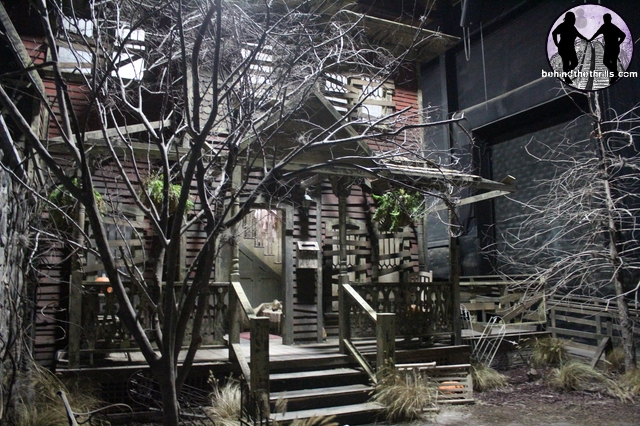 The Unmasking the Horror Tour is only one of the tours Universal Orlando offers during Halloween Horror Nights. They also offer “RIP Tours”, and the “Arcane Insights Tour”.

To book your Unmasking the Horror Tour, call (407)-363-8295 and select option 2 or email viptours@universalorlando.com.