Halloween Horror Nights 23 is eight months away from today. If you’re a fan, that means…you guessed it! Time to start talking rumors! Fans of Halloween Horror Nights at Universal Orlando are some of the most dedicated, loyal, and bitchy fans that you’ll ever find. I should know, I’m one of the biggest. Year after year the fans, who continue to grow in numbers, always complain and fantasize about the event. Everything from the event going 18 and up only, to a giant circus tent being put over the entire park, to the creative teams of Universal Hollywood and Orlando switching places…the rumors get ridiculous. But the biggest rumor of them all, is that things from the past will return…namely Icons, themes, and parades. While they are all things that we loved in the past, is it really a good thing to drudge up the horrors of the past and keep the skeletons in the closet popping out all the time? 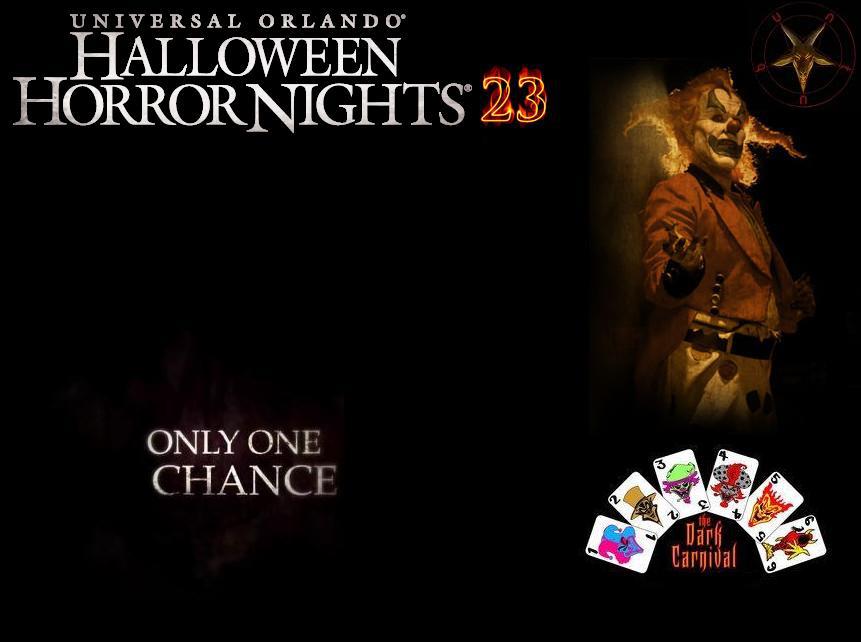 Back in the day, Universal had a venerable repertoire of rogues, demons and demented freaks in their arsenal of horror icons. As fans we were subjected to Icons such as Jack the Clown, The Caretaker, The Director, The Storyteller, and The Usher. Do you see a pattern here? Besides having THE at start of all the names, these characters had one thing in common…a huge backstory that began with some dark deeds, and the icons coming back to wreak havoc. While they were all effective (well mostly) they became a bit of a rehash.

The other thing in common was that they were all tools of marketing. Universal dives deep into what people want to see. They conduct surveys, do studies and ask people in the park just what will scare the hell out of them…and if they can scare the hell out of them, would they come to the event? These are the results (mostly) of that marketing research. Universal is a business in the business to make money. The business of the marketing team is to get as many people through that gate as possible. It works! It works very well, and each year as the event grows, more people come to the event…and even more people become fans!

However, during that time something has been happening. Instead of waiting for the next screwed up icon and bit of marketing to come screaming at us, the majority of the fans are pining for the past.

In 2010 Halloween Horror Nights XX’s slogan was “A New Era of Darkness Begins”. I still get funny looks from the elderly when I wear that shirt. Everyone was excited and exclaimed “YES! FINALLY SOMETHING NEW!”

It appeared that the fans were tired of seeing the same icons over and over again. The fans wanted a different haunted house experience, they wanted change! It was heard from the message boards online to the streets of Halloween Horror Nights, and finally in the lines of the haunted houses.

In 2011 the promise was kept when not only a new Era, but a new type of Icon was revealed. Lady Luck didn’t have some kind of messed up backstory, instead she was the reason that everything was all screwed up! She was the choice that we made between good decision and bad decision. She was the green eyed monster! She was a marketing tool that helped tell the story while getting people in the gates!

What we got was 8 very strong, very solid and amazing houses. The scare zone factor was scaled back a bit, but what we had was nothing short of amazing. There was 3D mapping in one of the zones that made it appear that buildings were falling apart. There was a maze that changed every few minutes. There was a zone that morphed from a beautiful warning of sins to an ugly throbbing, grinding look at the result of what will happen if you don’t watch your ass. It was exactly what was promised, and exactly what was asked for! Change!

Then for HHN 22 Universal was faced with a huge dilemma. Construction. The park was (and is) under huge amounts of construction which took away two of the main areas for houses. Even more, Universal…in an effort to draw in more families, now has a huge daily parade. The parade takes up most of the streets, which makes it very difficult to wheel props in and out, and set up huge amounts of good effects. That stuff takes space! Making the best of it they could, they decided to try and go with “roaming scare zones”. It was something that they had tried in the past (2007) and failed at. Howl O Scream tried it with marginal success in 2011, and again in 2012. Universal sat down and really tried again. They succeeded. In addition they let the actors roam all over the park. No place was off limits. We saw actors in shops, restaurants, in lines for rides. It was inspired and a lot of fun.

One thing that the park always heard “we want big names”. They got them! The Walking Dead, Silent Hill, Alice Cooper, and Penn&Teller were all represented at the park with huge houses. The houses always had huge lines. Surely, this could make fans happy?

The fans complained. Here they were given something new, and exciting, and unlike any year. But once again the cries for the old icons came up. And even more, the cries for old horror icons like Michael Meyers, Texas Chainsaw Massacre and Nightmare on Elm Street came back. Why? Can’t people understand what the creative team at Universal has given? New innovative ways to scare you! New things to look at, and amazing new memories to take with you.

Tired old spooks who still make HHN a home during most of October complained the most about how it’s not like other events…how those events are so much better because they can actually see the houses and scare zones without the huge crowds. If they had the old icons and the old parades, and the old way of doing things, like selling out the park more, and limiting tickets, things would be good again.

I scratched my head…good again? Things couldn’t get any better, maybe the crowds bu…..wait. THAT’S IT! The crowds! It’s not about the event at all! It’s about the crowds! Sure we love the old days, because in the old days things were less crowded! We could see all the houses in one night, we didn’t have flocks of teenagers causing trouble…of if it did, we were in those flocks.

The plain simple truth is this-No matter what happens now, Halloween Horror Nights is an entity. It lives and breathes and grows larger every year. The crowds aren’t going to go away. If you bring back Jack the Clown, the people that you have been telling about him for years will rush to see what got you so excited in the first place. The parades won’t be as fun because there will be more people there who had heard of the legendary parade trying to catch beads and coins. Instead of reliving the past, you’ll once again find yourself sitting on the curb pouting because it’s too crowded AND NOW “they’ve done all this shit before”.

Hey, I feel you, I understand. I miss those old days too. But do we really want to go backwards? I personally don’t. I want to see what more the creative freaks at Universal can come up with. During HHN 2012 I was screaming like a little bitch, yelling obscenities and in one case RUNNING. I haven’t done that since 2007! I’ve become so jaded and numb to the scares that it takes a lot to scare me. They did it. Sure, it was only in two houses, but I’ve long found another way to enjoy the event….with good people! While it takes a lot to scare me, it doesn’t take a lot for me to enjoy the sounds of screams, the blare of chainsaws and a drink with good people. Year after year a lot of the same people frequent the event. It becomes a sort of homecoming for all of us, not having seen each other for the better part of a year or so. Besides, if they can do a house that scares an old jaded haunt freak like me once…they can do it again.

For more information, and to stay up to date on Halloween Horror Nights Orlando, visit the official website!

Need a website or professional photography for your haunted attraction?
Visit www.designbyaly.com!

You can also check out their Facebook page at www.facebook.com/dbaphoto