Universal Orlando has made some renovations to the inside of the existing  Starbucks at Universal Studios, giving it a more modern look and a very uniform look with the other Starbucks locations around the Resort. In contrast from the other work Universal has done to their other Starbucks locations, Starbucks at Universal Studios closed quietly to do work inside the restaurant. The façade of the restaurant didn’t change as the current look and theme of the outside already fit the location it is in very well. Many of the shops and stores, even the ones that are just facades, are centered around the idea that guests are walking through the streets of a city. 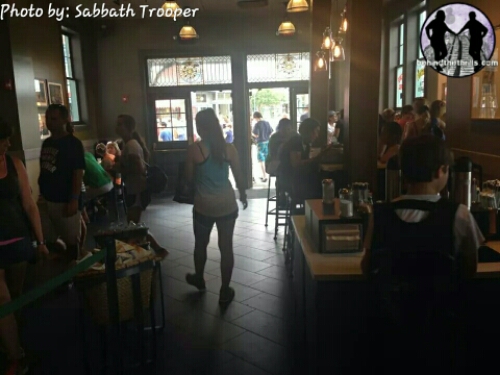 Universal Orlando has four Starbucks locations across the resort, which include: