The Entertainment Designers Forum has become an annual tradition for fans of theme parks, Halloween Horror Nights and the entertainment industry in general to learn a little more, and give to a great cause. The charity event has become an annual tradition in the battle against cancer, and has helped to raise thousands for The American Cancer Society. This year, the event is back for the 7th year in a row and if you don’t know the first guest…you don’t know Jack! 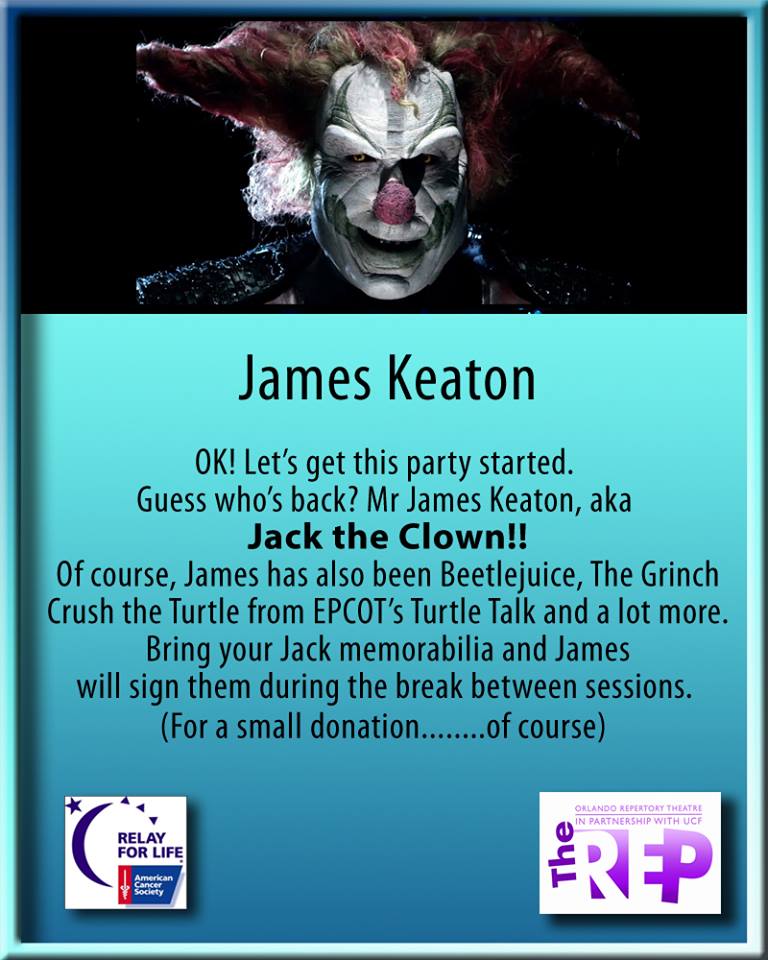 The event’s official Facebook page launched a few details of the 2016 event, including the very first guest. James Keaton has been a fixture in the entertainment industry for many years, but you probably know him best for a little character he played named Jack Schmidt. Jack the Clown has been a fixture of Halloween Horror Nights for the past 15 years, and was resurrected for the big 25th anniversary of HHN Orlando. Not only has Mr. Keaton portrayed Jack, but also The Grinch, and Crush from Turtle Talk, among many other duties in the theme park and entertainment industry.

The forum will take place on March 4th, and will be held at the Orlando Rep Theatre. Tickets go to the American Cancer Society, with past panelists including designers from every major Orlando theme park, including Disney, Universal and SeaWorld. The event is also known for it’s massive collection of theme park memorabilia and props which are sold via silent auction at the event. This year, James Keaton will be autographing your Jack the Clown and other merchandise for a small donation.