Think it oh oh ver! Diana Ross is the headlining act this weekend as Universal Orlando rolls on with the biggest party in Florida, Mardi Gras! This weekend will mark the first double header line up, with two big concerts and two big nights of parades, fun and food! 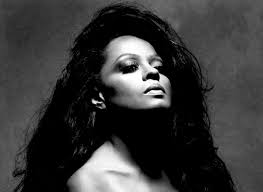 The legendary singer will return to Universal Orlando on Saturday night, February 13th for a huge concert at Mardi Gras! Ross’ famed and remarkable career spanning almost five decades has resulted in major awards, accolades and music history milestones. Her massive launch into stardom began as the leading lady of The Supremes, producing hits such as “Stop! In the Name of Love” and “Where Did Our Love Go.” Her solo career proved to be equally successful, as her first No.1 solo single “Ain’t No Mountain High Enough” earned her a GRAMMY nomination and continues to stand the test of time.

The concerts are included in theme park admission and are standing room only. The concerts are on a first come, first serve basis so if you want a great spot, get there early! The concerts start immediately after the huge parade, which kicks off at 7:45, rain or shine. The parade this year features four huge new floats, a revamped King and Queen Float and tons of performers, music and beads!
Stay tuned for more from Universal Orlando, and be sure to get social with us on Facebook and follow along with us on Twitter @BehindThrills for the latest updates!
For our latest theme park videos please be sure to subscribe to us on YouTube!