Universal Orlando’s Celebration of Harry Potter brought you tons of the films and characters that you’ve known and loved for years. It also brought you the first look into a new chapter in the Wizarding World, one that is a bit “Fantastic”. Fantastic Beasts and Where to Find Them is an all new film, written by JK Rowling herself, and will take fans on the journeys of Newt Scamander as he catalogs and discovers all new magical creatures. Not a whole lot is known about the film, but thanks to several huge panels at this year’s Celebration of Harry Potter at Universal Orlando, we know a bit more! 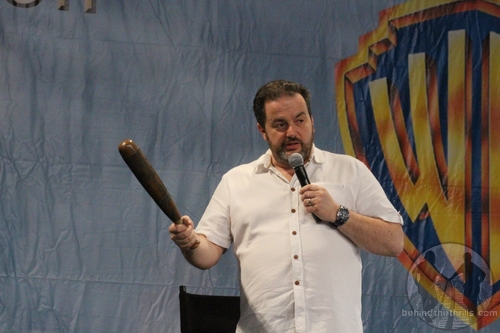 Our favorite bit of information comes from master prop maker on all the Harry Potter films, and now on the new Fantastic Beasts, Pierre Bohana. Wands are a huge part of the Wizarding World, and each one has a different magical power. We now know what Newt Scamanders wand will be made of.

Newts wand will be made of Lime Wood, bone, and shell. It’s a small detail, but it’s something that is really important if you’re trying to figure out what kind of wizard Newt is.

In addition we also know a few more details about the film, thanks to some behind the scenes video from Warner Brothers.

The new film hits this November, and is the first film in a planned trilogy, all written by JK Rowling.