Take one last trip down the rabbit hole, as Mad T Party comes to a close at Disney’s California Adventure

We’re all a little mad here…but it won’t help for very much longer. The long running, and super popular Mad T Party is coming to a close at Disney’s California Adventure. The show will make one more huge run before disappearing through the looking glass for the foreseeable future. 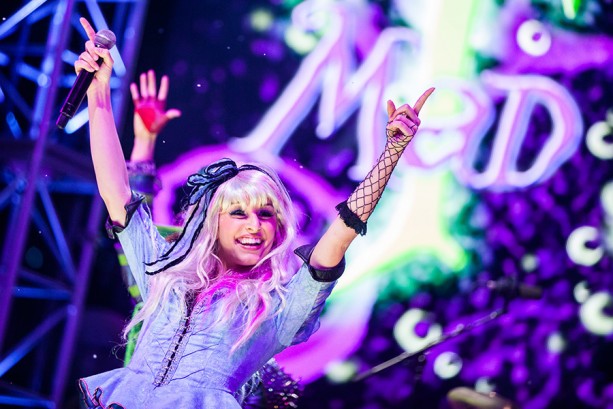 The Mad T Party has run for the past few years at Disney’s California Adventure, and has become increasingly popular. Based loosely on the Disney film version of Alice in Wonderland, the party brings characters from the films to life in a huge rave for the whole family. Tweedle Dee and Tweedle Dum, the Mad Hatter and of course Alice all come out to join the fun as lights, and music take control.

Now, the party will have one last run as it prepares to leave once again. The show will run on weekends from now until March 13th, then will go nightly beginning March 18th until the end on March 30th.

There’s no immediate plans announced for a replacement, but the entire Disneyland Resort is undergoing massive changes. Disneyland will get the huge new Star Wars Land, which could mean that the Mad T Party is a budget cut. It could also be leaving to make room for the return of Frozen later in the Summer. At this point, rumors are rampant and it’s anyone’s guess as to what (if anything) will be replacing it.

Stay tuned for more from The Disneyland Resort, and be sure to get social with us on Facebook and follow along with us on Twitter @BehindThrills for the latest updates!