Star Wars is pretty much the biggest thing in the galaxy right now. It’s about to get a whole lot bigger, as The Wonderful World of Disney and Harrison Ford has unveiled some big plans about the new lands coming to both Disneyland and Walt Disney World. In case you missed the huge news, we’ll recap it and expand on a few things as well.

The Wonderful World of Disney focused mainly on huge performances, and some great behind the scenes look at the park more than anything else. But then, there was a small glimmer as Harrison Ford took to the screen. That’s right, Han Solo himself came on to talk about the amazing new Star Wars Land coming to Disneyland and Walt Disney World.
Harrison Ford finally took to the stage and talked about walking in iconic locations. Guests will be able to experience it at both Disneyland and Walt Disney World. 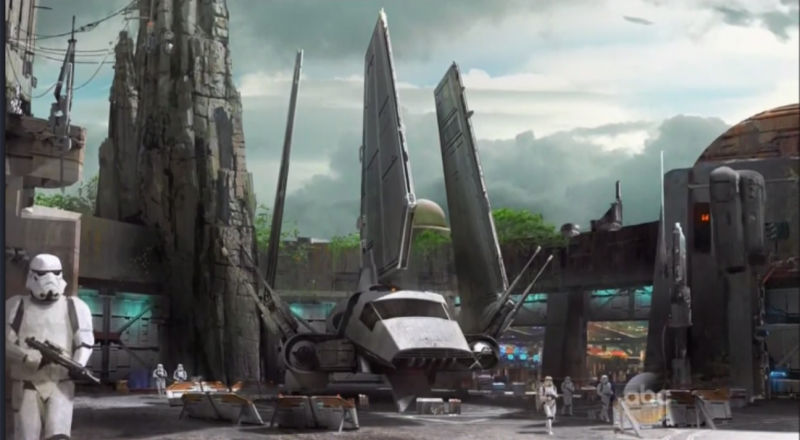 Not really any new information, but we did get a look at some new concept art showing off characters and areas, including some new looks at a lot of the new marketplaces. 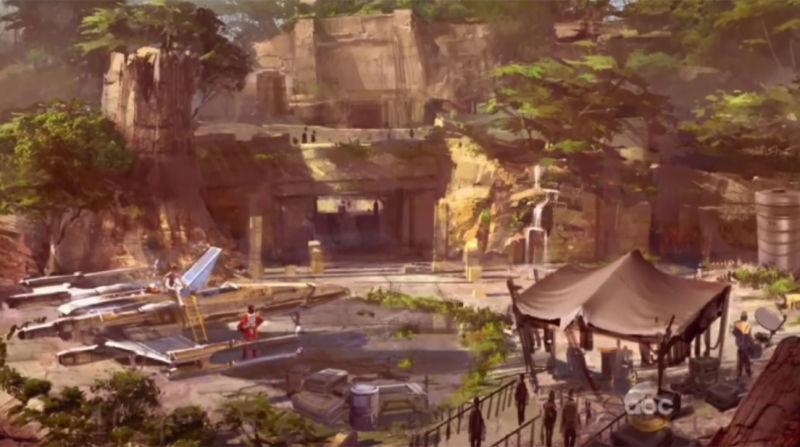 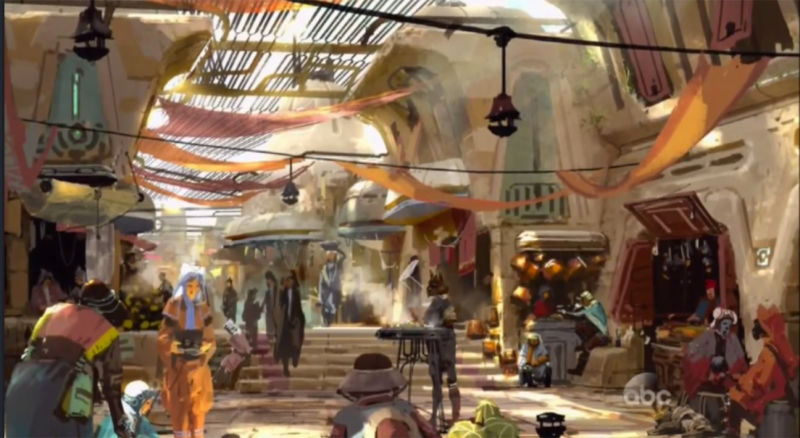 Guests will be able to pilot the Millennium Falcon, and actually control the guns in one of the two new big name attractions. There are no names or details on the attractions, but guests will get to put themselves in control of the fastest hunk of junk in the galaxy. 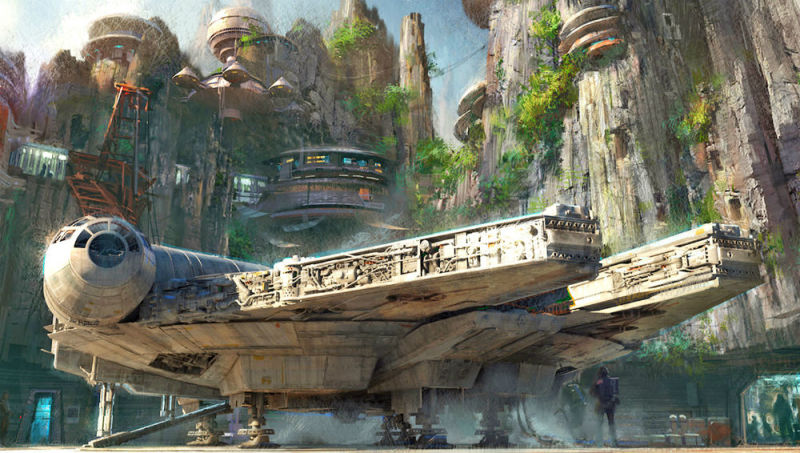 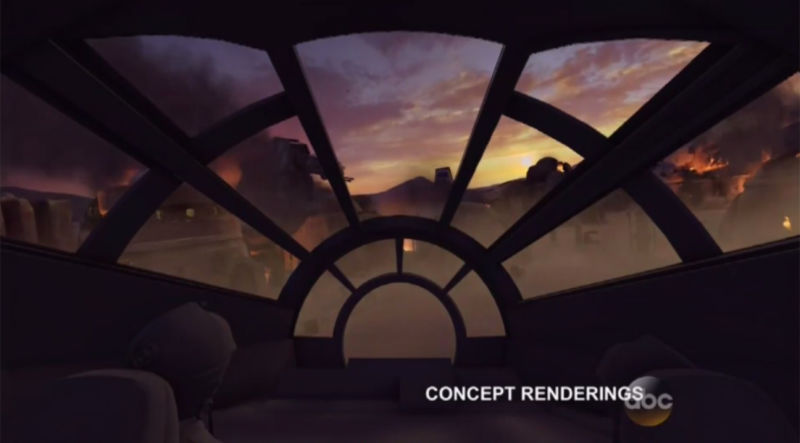 The other new attraction will also put guests right in the middle of a base, it seems, and have them face off against the First Order Stormtroopers. 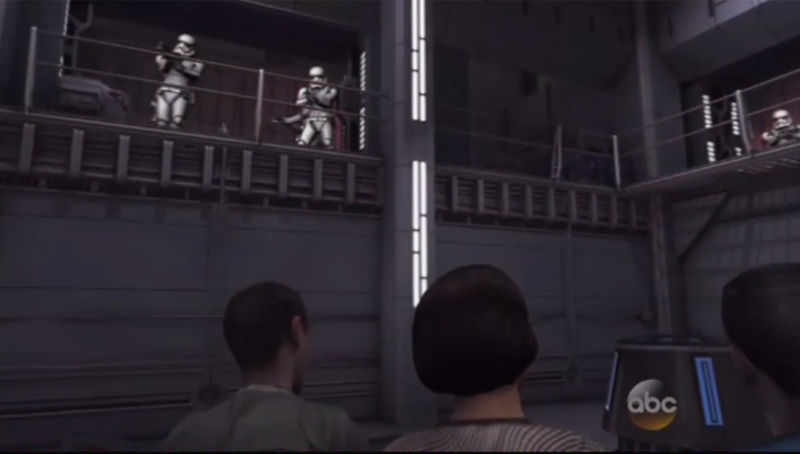 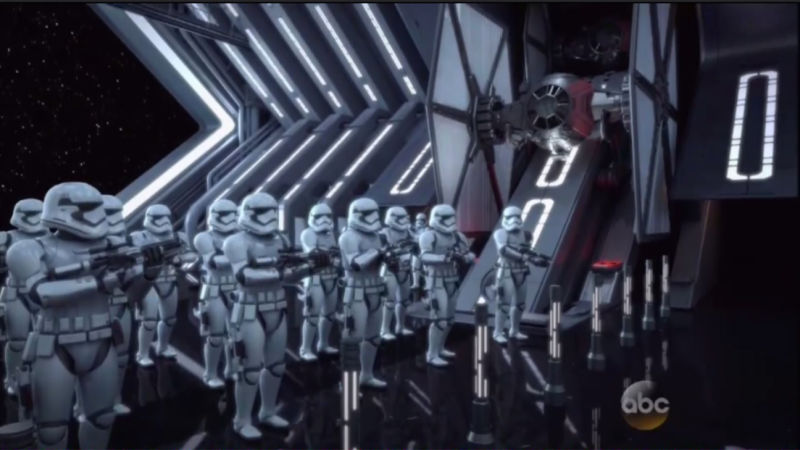 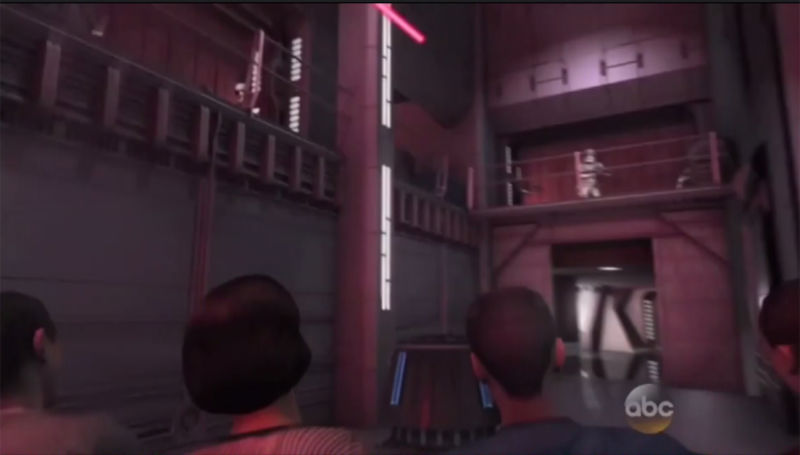 The new concept art gives us unique looks at the new dining areas specifically, especially the new dining show which has very much has a “Festhaus” feel to it, surrounded by aliens and creatures. 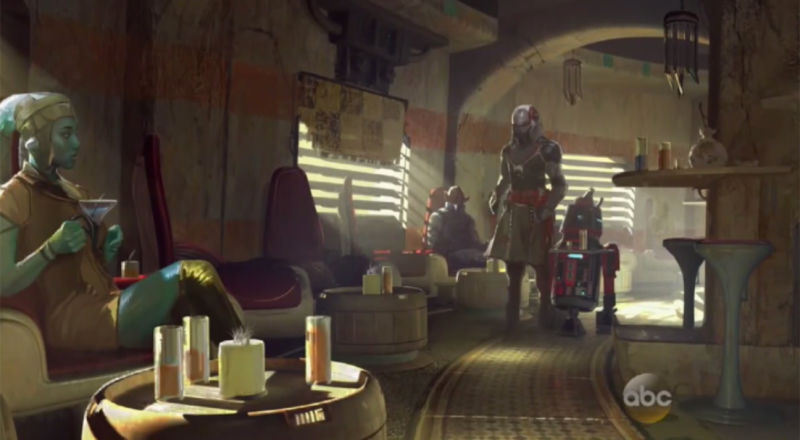 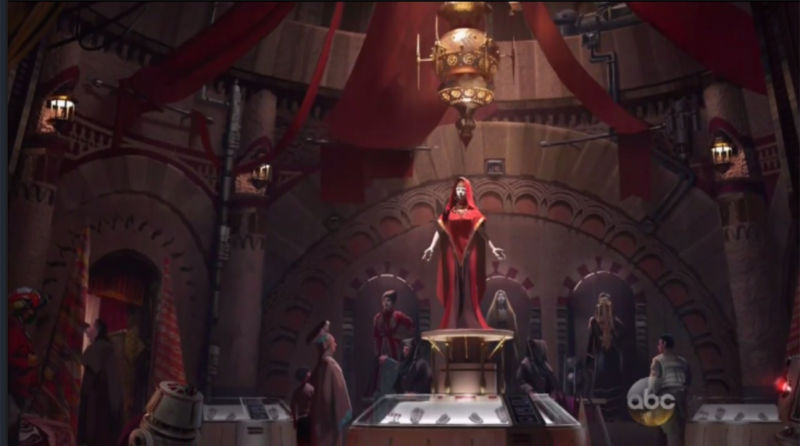 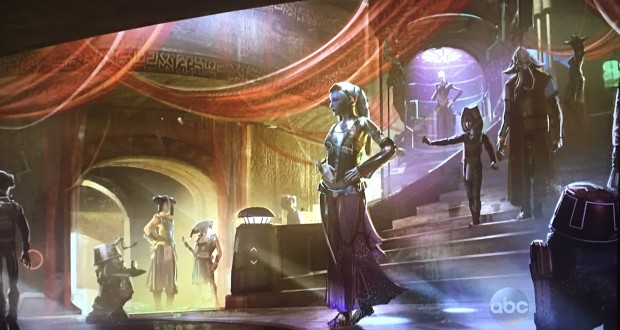 While the details are very scarce, the new concept art does look promising, however it’s very similar to what was shown at D23 in 2015.

The parks are already rolling out Star Wars in a big way. Disneyland has come out with Season of The Force, in which they’ve overlaid Space Mountain with Hyperspace Mountain, and tons of new offerings.

At Disney’s Hollywood Studios in Florida, the park is unleashing an all new Star Wars show and Fireworks display, and has let Kylo Ren loose on the helpless masses.

While there was nothing majorly new announced, it gets the entire world excited for the new land, which is rumored to be open as soon as 2018 at both parks. We also know that the land will be 14 acres, and will be an entirely new planet, nothing seen in the star Wars galaxy as of yet. It will feature characters from the new films, as well as a few older characters.

Stay tuned for more from The Disneyland Resort, and be sure to get social with us on Facebook and follow along with us on Twitter @BehindThrills for the latest updates! 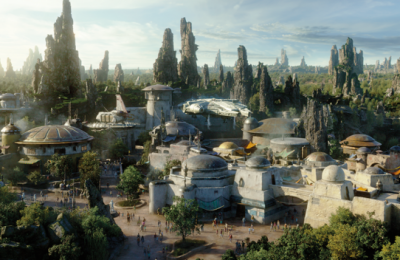