Universal Orlando is really changing the face of the park with all new attractions. This year we’ll see the rebirth of King Kong, as well as the complete and total rebirth of The Incredible Hulk. Next year, however, there’s two entirely new attractions coming, and we have a look at a little more of one coming to Universal Studios in 2017. 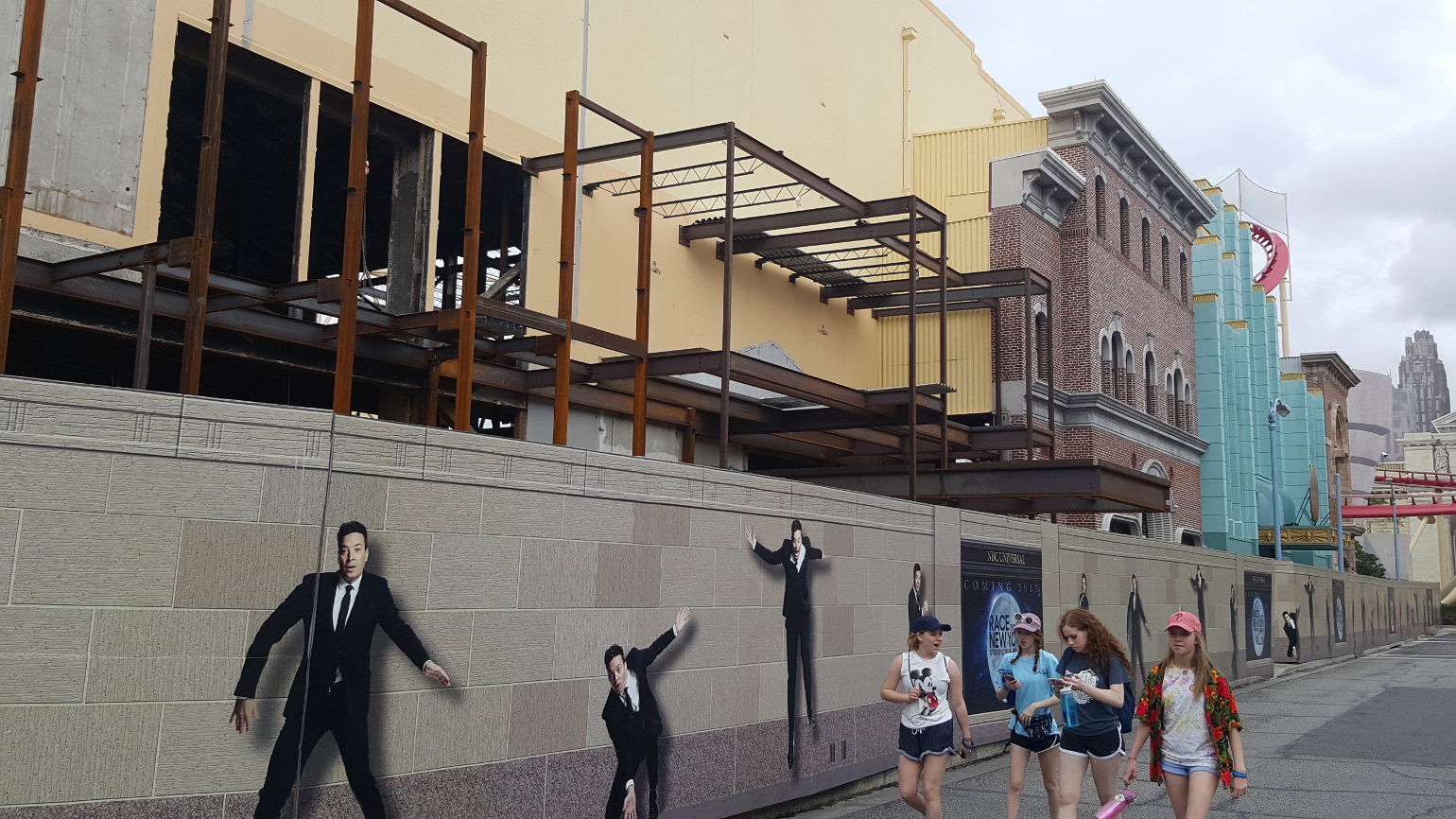 In the park, the former Twister building is getting a major update. It’s been completely gutted, and now it’s getting extended out towards Universal Music Plaza a little bit further. Huge girders are taking over most of the sidewalk, and are starting to take shape.

Check out our full construction update of Jimmy Fallon’s Race Through New York!

Outside of the park, work is continuing on the Jimmy Fallon’s new ride. The actor himself just posted a look behind the scenes at the new attraction, and the work he’s doing.

Green screen is taking up a huge part of the experience, which means we’ll see tons of digitally enhanced attractions in New York. Add that to the motion capture pictures that were shared last year, and it looks like we’re not only going to get an animated Fallon, but also an animated New York. Of course, this is all just speculation, and we’ll just have to wait for more updates from Universal to find out for sure.

We’ll have a full construction update a little later, so check back for more!