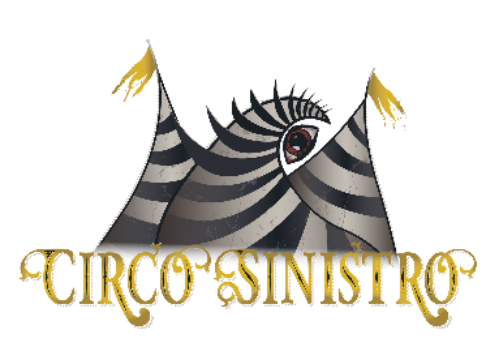 A twisted big top will rise in the distance, but first you have to get through the sideshow… and it’s not going to be easy. Let’s just say the residents of the new Terror-tory aren’t…clowning around. This Howl O Scream at Busch Gardens Williamsburg, they are bringing the all new house, Circo Sinistro to town.

Circo Sinistro is one of seven haunted mazes happening at this year’s Howl O Scream, and you get to not only see  the new insane new circus, but you also get to design it. Busch Gardens Williamsburg wants your ideas for a twisted room in the house. Guests can click here for the first of two steps…you actually get to pitch your idea!

Personally, I love the idea of getting bear wrestlers in the circus. It’s not PC these days with all the animal activists, but that’s kind of the point. Bear wrestling can go horribly wrong, people can lose a limb, or a head! Or how about the human cannonball? Huge explosions, bright flashes, actors flying through the air! Of course, every once in a while one might miss…and SPLAT! The ideas are limited only to what you can think of! So make em sick! Yes, clowns and chainsaws are scary…but there’s so much more terror at the circus!

If that wasn’t enough, there will be an all new TerrorTory, with Sideshow Square. Both will be located in Festa, Italia!

Your jaw will drop on your way to the big top. What was once only in your imagination is now a frightening reality full of haunts, curiosities and plenty of scare to make you shriek. So step right up and brave Busch Gardens’ newest terror-tory if you dare.

We hope for not only some great scares here, but this is also a chance for some real honest to goodness Freak Show performances! Sword and fire eaters, bearded ladies, lizard people, tons and tons of great fun is headed here!

There will be a total of seven haunted houses at Busch Gardens Williamsburg this year, with the other six major houses returning being some huge fan favorites.

There will also be amazing shows, tons of TerrorTories, and much more coming! All the fun kicks off for select nights on September 23rd until October 30th. Howl O Scream is included with park admission to Busch Gardens Williamsburg.

It’s all part of the “Evil Encore” which will take over the entire park this September!

Stay tuned for more from Busch Gardens , and be sure to get social with us on Facebook and follow along with us on Twitter @BehindThrills for the latest updates!
For our latest theme park videos please be sure to subscribe to us on YouTube!