Summer has come, and is beginning it’s slow fade into autumn. The 60th Anniversary is seeing a slow fade into yesterland, and changes are afoot throughout Disneyland and Disney California Adventure. 2016 saw some very interesting new additions to the park that certainly drew some big crowds and continue to be fan favorites.

The first big addition takes us exactly 1 year ago today to the D23 Expo 2015 Disney Park’s and Resorts panel where Soarin’ 2.0 (aka Soarin’ Around The World) was announced for Epcot, Disney California Adventure as well as Shanghai Disneyland. The attraction is for the most part aesthetically identical to it’s previous counterpart. The building exterior (sans a few signage swaps), to indoor queue seem mostly unchanged. Projected clouds will be the largest change you find in the queue and are a wonderful new addition to making the first hallway a bit more dynamic. 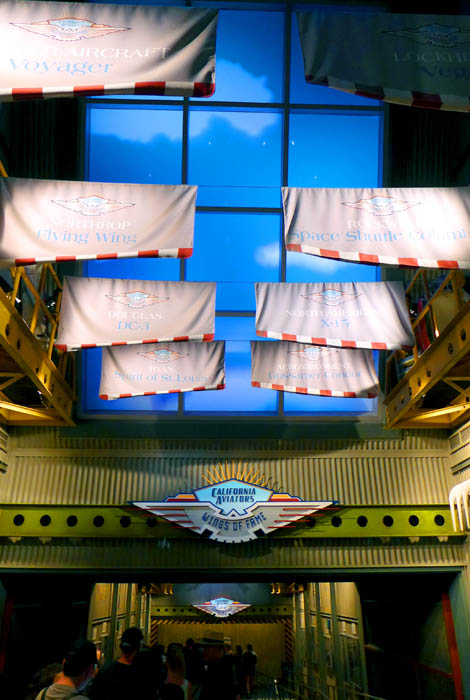 Apart from some paint refreshment, this portion of the queue remains unchanged, and it didn’t really need to be changed as it works flawlessly with the concept of Soarin’ and aviation history. 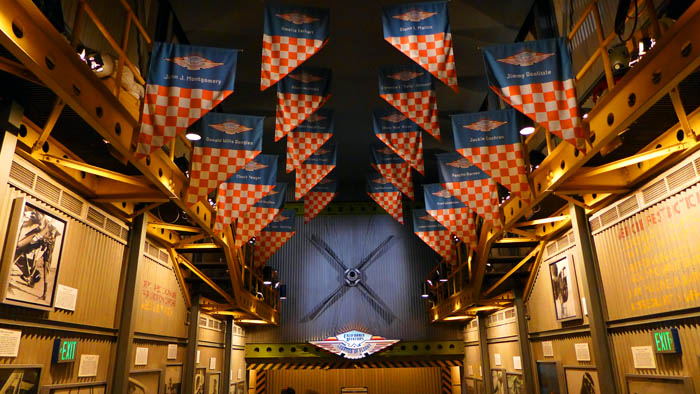 The ride experience, while utilizing the same ride system, is vastly different. Soarin’ Over California was designed and intended to showcase the natural beauty and variety of landscapes found in the greater state of California. Soarin’ Around The World seems to focus more on taking you to more exotic and world famous landmarks. The new footage in my eye fits much better at the Epcot, though it is a visually stunning experience that you must do when visiting the park.

The second and most talked about new addition to California Adventure is Frozen: Live at the Hyperion! The broadway style show that had replaced the tenured and beloved Aladdin: A Musical Spectacular! Show. This show has quickly become a fan favorite and sells out almost every day (it’s HIGHLY recommended that you get a fasspass for the show, this guarantees entry into a specific show, while there is a standby line, it’s not uncommon for the standby line to be turned away).

The best thing about the Hyperion Theater is that there is literally not a bad seat in the house. For Frozen specifically, we had been seated in the Mezzanine (2nd level up) and had a wonderful view of the show, especially during the “Let it Go” sequence when Elsa is right in front of our faces! The show itself, relies heavily on the background screens and 360 projections throughout the theater to add the the atmosphere, and is light on theatrical set pieces. One of my favorite aspects of any broadway show are the set pieces, and being transported but the screens exceeded my expectations and helped add to the overall WOW factory of the show.  While there are a few twists and tweaks, you’re getting the entire narrative of Frozen, here are a few (spoiler free) shots from the show (assuming you have not seen it already!). 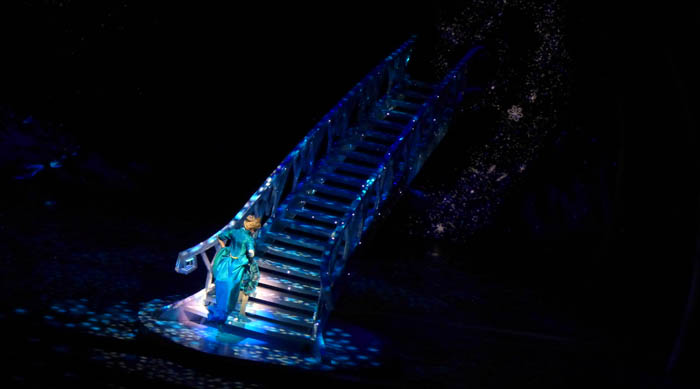 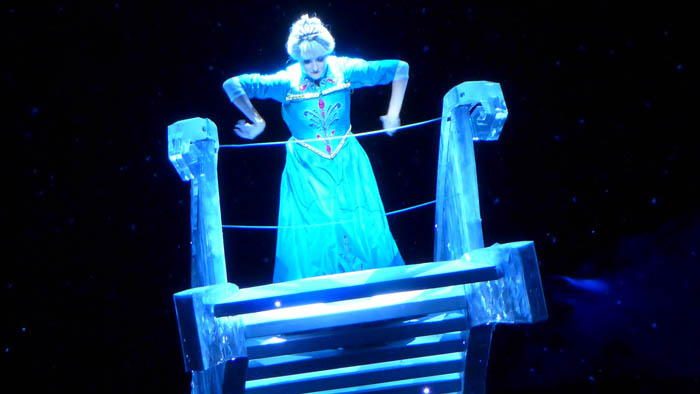 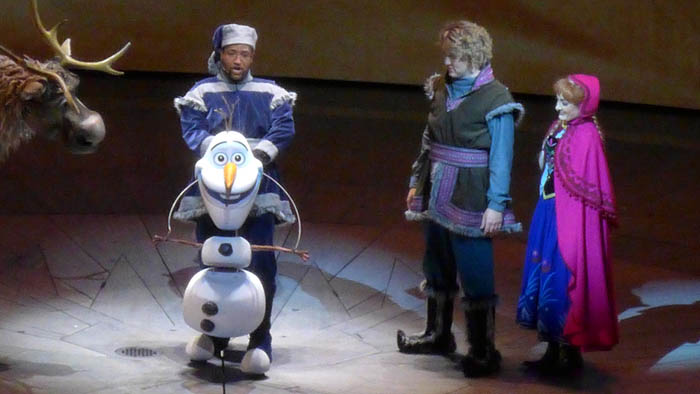 What I ended up enjoying most about the show is the choreography. It’s an absolute joy to watch. With a run-time over about 1 hour and 10 minutes you’re getting a full Broadway show with the cost of your California Adventure ticket. To me personally, this show has increased the overall value of a ticket dramatically!

So if you’re one of the few who have not seen the new offerings at Disneyland, what are you waiting for? Click the link below for ticketing info and be sure to get social with us on Facebook and follow along with us on Twitter @BehindThrills for the latest updates!

For more ticketing info for Disney California Adventure, be sure to visit the official ticketing page by clicking here!