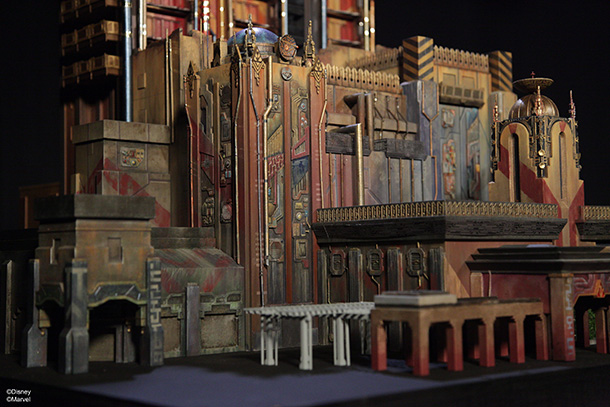 In what was one of the most divisive moves by Disneyland, they have announced that Tower of Terror will transform into Mission Breakout in 2017. The attraction will take out the Twilight Zone, and replace it with the Marvel heroes, Guardians of the Galaxy. Instead of a haunted hotel, guests will enter the Collector’s Fortress, and be part of the ever growing collection of strange and unusual items from around the Universe. Disney has released a first look at the new model of the attraction, which shows off what we can expect to see.

While finished products usually don’t look exactly like concept art, this is one that is very iffy. We still have the look of the Hollywood Hotel poking out in the background, but now we have a cacophony of colors to go along with it. There’s also pipes and what could be flames shooting out the top of the attraction. 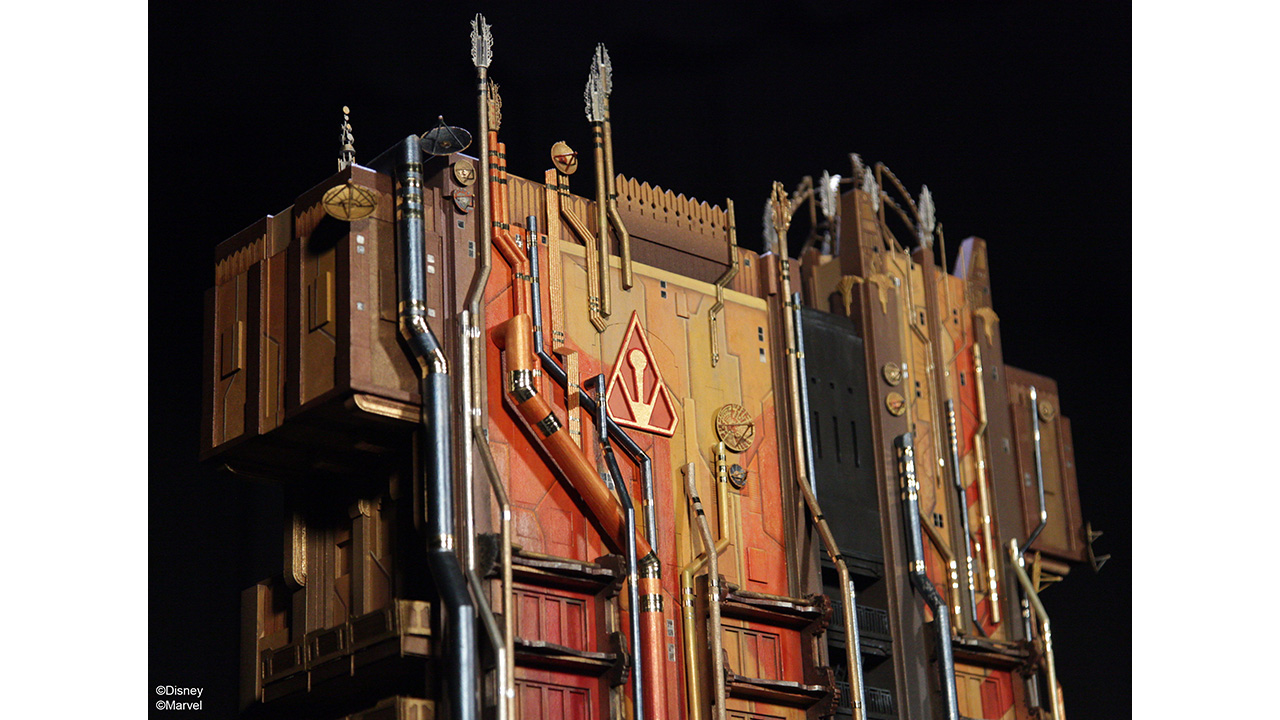 The attraction has already started to take shape at Disneyland, with much of the Hollywood Tower coming down in broad daylight. Tower of Terror, meanwhile, as a new “Early Checkout” version happening after dark every night. The new version takes away the lighting and effects, and leaves you to wonder where you’re going in the dark.

The attraction will close on January 2nd of 2017 to make way for the new attraction. Keep in mind that the ride itself isn’t going anywhere, but it will lose the Twilight Zone themeing, and reopen in May as Guardians of the Galaxy.