The rules of Halloween are simple. You wear a costume, pass out candy, check your candy and never…EVER…blow out a Jack o Lantern before Halloween ends.

If you break the rules, we’ll you might have to answer to Sam. And Sam doesn’t play nice.

Universal is bringing the fan favorite Trick r Treat to Halloween Horror Nights at Universal Studios Florida and Universal Hollywood for 2018, and it’s going to be a massive full blown maze. 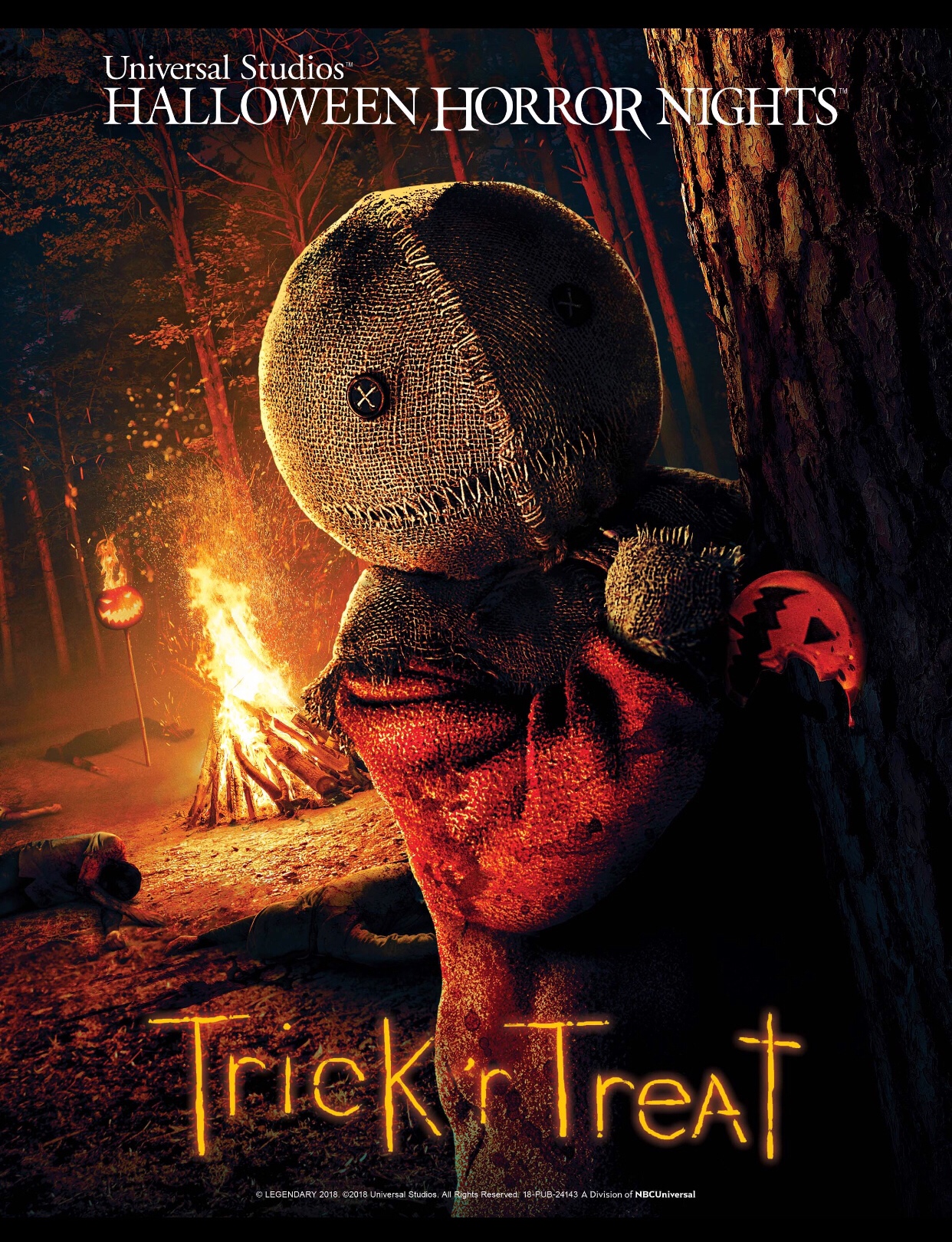 This is the second time Trick r Treat has visited Universal Orlando. Last year the film was a very kick ass scare zone, featuring many of the characters from the film.

The pumpkins in the trees are always a great touch for the event, but it was made even more brilliant for the scare zone. This year the film will be a huge house, which gives more room to play with. Hopefully we get to see a whole room lit from floor to ceiling with those amazing pumpkins.

The film was originally released in 2008, and was used as inspiration for the Skoolhouse scare zone at Universal Orlando for HHN 18. That year featured Bloody Mary and the first time that Legendary Truth was features in the park. Trick r Treat was a large part of that event as well, if only indirectly.

Are you excited to see Sam and the reat of the terror of Trick r Treat?