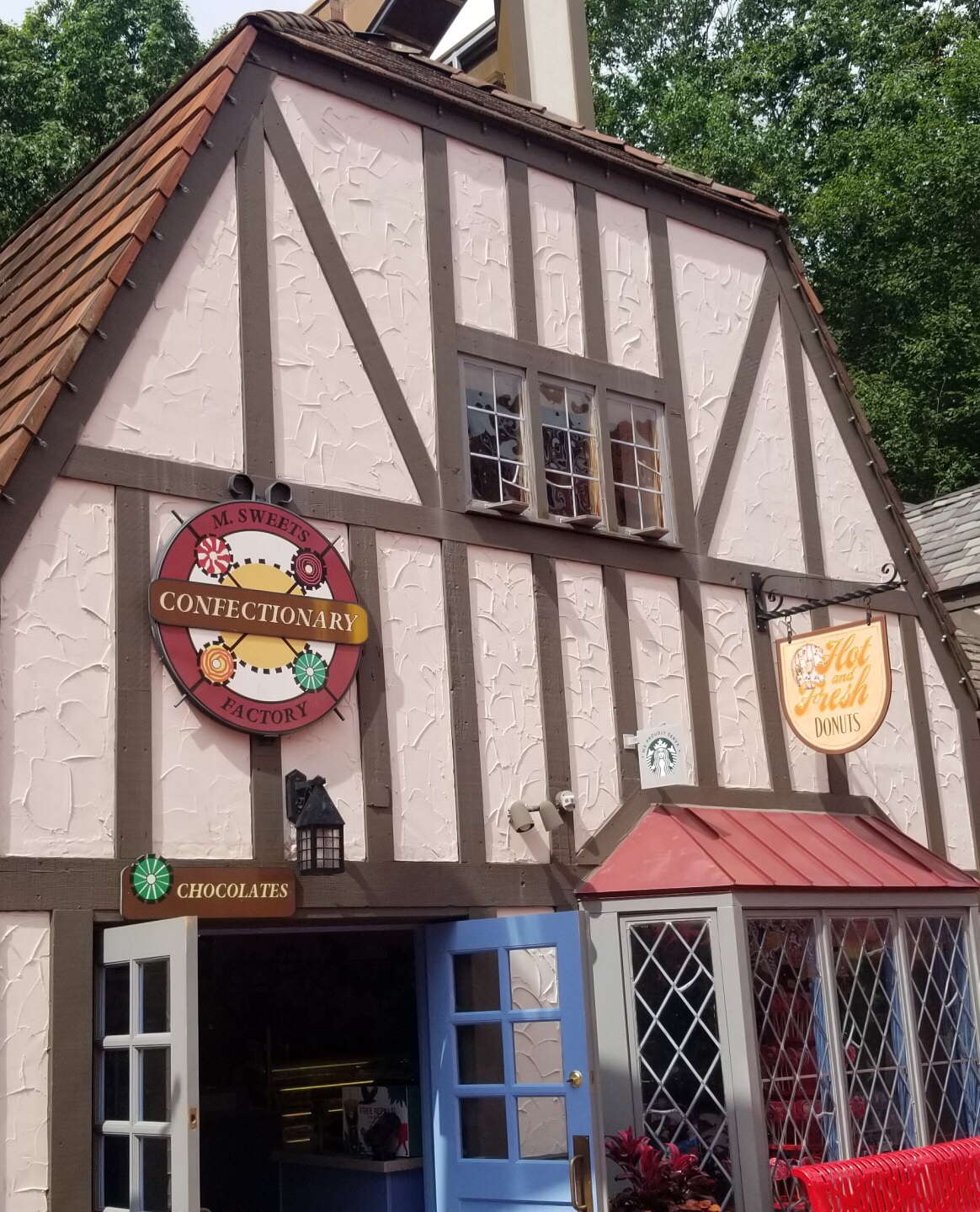 Busch Gardens has gone the way of the donut, as it brought the fried treats to one the big bakery shops in the England section of the park. While parks add and take things away all the time, it seems donuts are the new hot ticket, as it seems to be a growing trend. 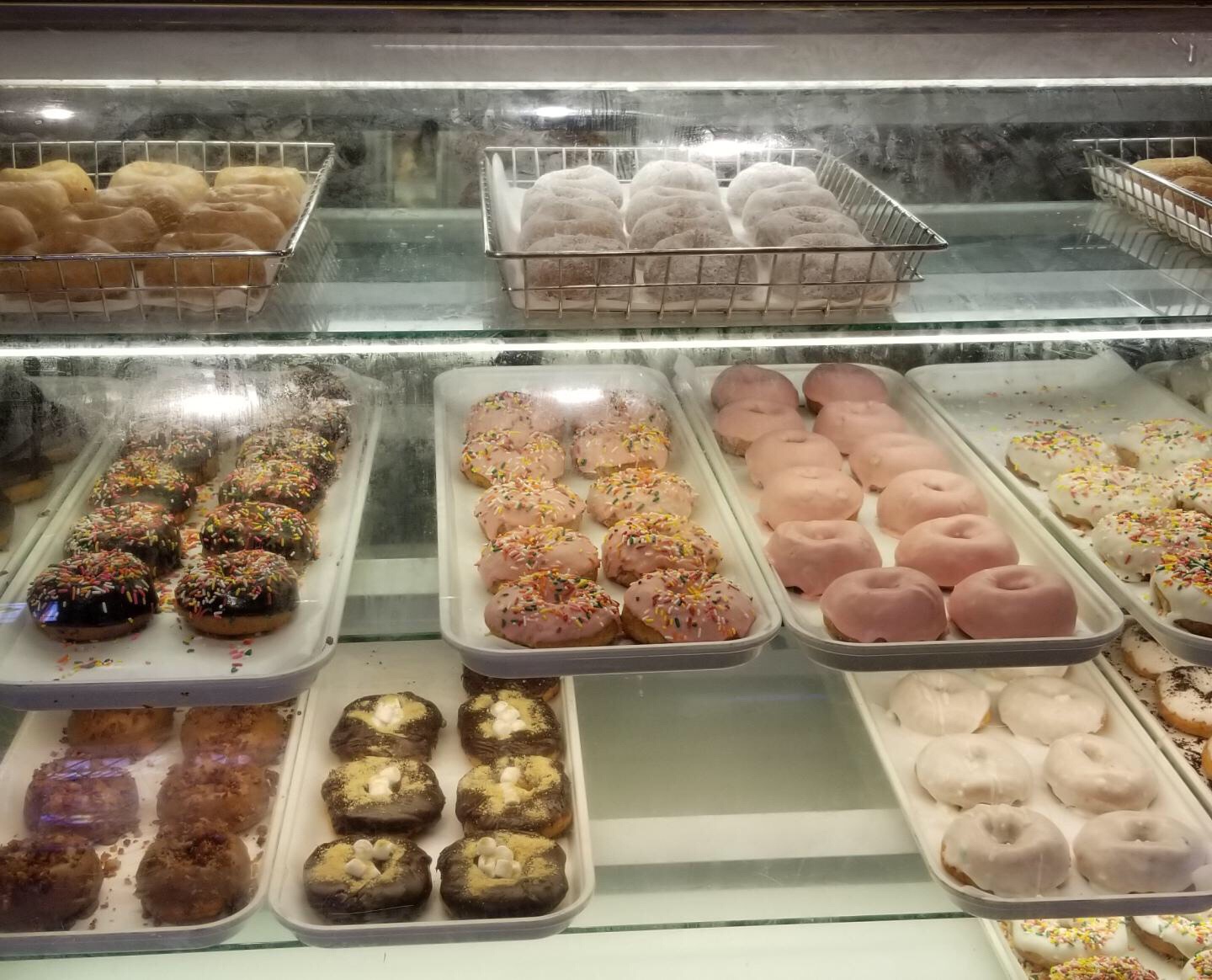 Busch Gardens Williamsburg has rolled out several new donut varieties, all of which are amazingly delicious. 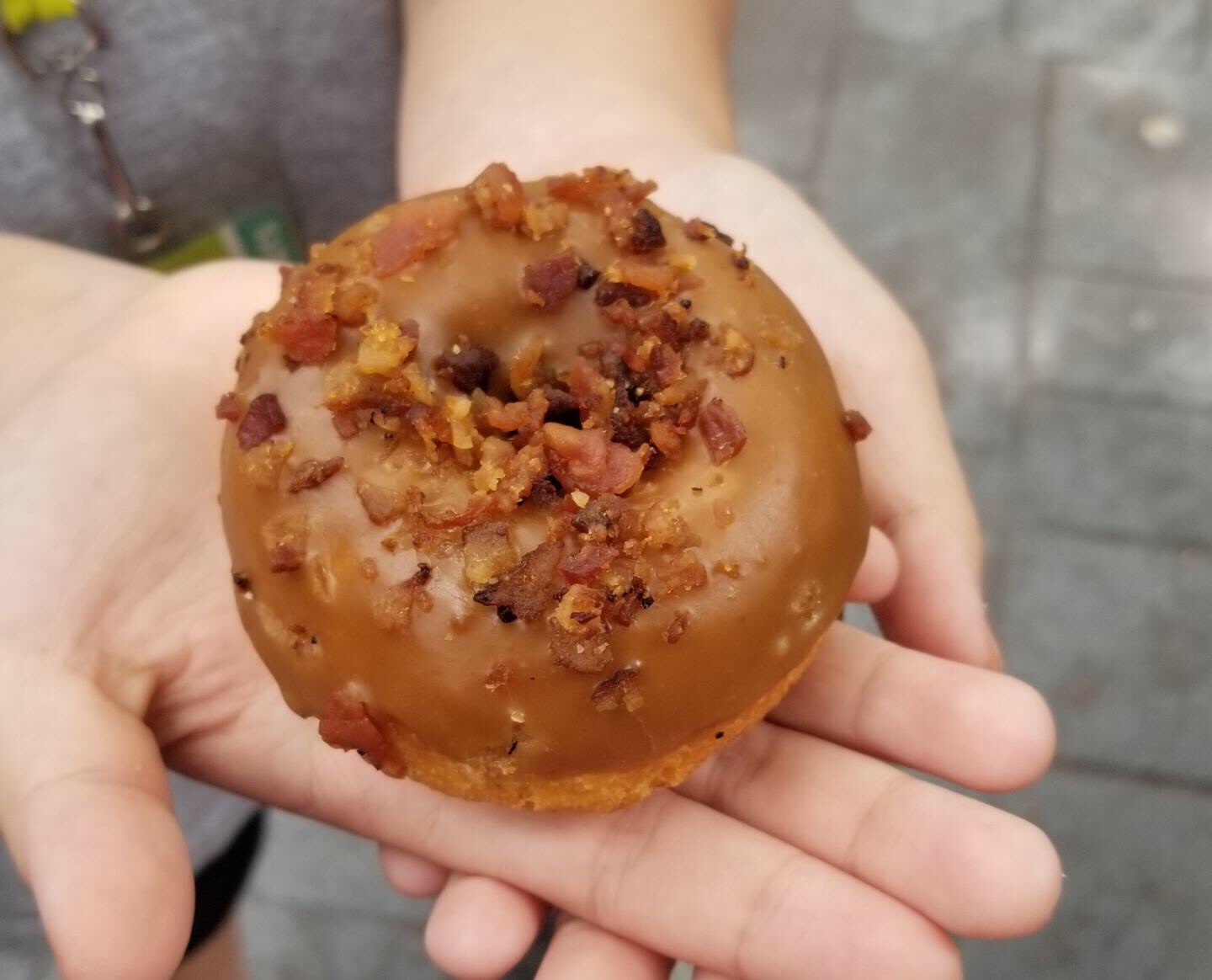 Naturally the crowd favorite is the bacon maple, because who doesn’t love bacon.

Donuts are not a new thing, but why all of a sudden do they seem to be so popular in parks? We’ve heard reports of a few smaller parks going with donuts, and even some places replacing funnel cake stands with donut shops.

We can probably thank Universal Orlando for the starting this round of trends. Back in 2013, the park opened up the Springfield section of the park and with it Lard Lad Donuts. The shop was based on the fictional shop in the show, and featured the Big Pink Donut. The variety grew when Universal Studios Hollywood opened up their Lard Lad, and grew even more when Hollywood’s CityWalk opened Voodoo Doughnuts. That trend continues this year as Universal Orlando opened the first East coast location last month.

Why the trend? I think it’s honestly because donuts are faster, and easier to make as well as easier to carry. While funnel cakes are delicious, they tend to be bigger, messier and harder to eat on the go. Why stop and eat a delicious funnel cake when you can walk and munch a donut? Plus from the making standpoint, parks can crank out dozens of donuts in half the time as a funnel cake.

While Universal may have started the trend, it looks like Busch Gardens may continue the growth of it by giving their newest offerings.

Just some food for thought.

TAGBusch Gardens Williamsburg National Donut Day 2018
Previous PostNew Universal Lagoon show gets a name and concept art Next PostVolcano Bay goes to tiered pricing, but still not the most expensive in the world