Let’s dust this thing off, shall we?

Happy New Year! It’s been a while, hasn’t it? 2019 has come and gone, and for the most part I’ve been relatively quiet. Oh, yeah… there was this:

After 11 years, Racheal and I are stepping away from BTT. It was a hard decision, and one that we finally came to. Our last day with the site will be December 31st. As for the future of the Behind the Thrills, we… https://t.co/DNMvzEp0XG— Behind The Thrills (@BehindThrills) December 5, 2019

And that’s why I’m writing today. We’ve received tons of inquiries and responses about the fact that we are stepping away from Behind the Thrills, so I thought I needed to clear things up.

It’s not you, it’s me…seriously.

After 11 years of Behind the Thrills, and over 15 years of playing in the world of theme parks, we have decided to move on. Racheal has officially retired from the website, while I’m going to stick around a little bit longer (but that’s another story).

We have made so many amazing friends through the website, have seen so many amazing things, and have been included on things that still blows my mind after all this time. I want to thank every single one of you who have helped in that, and who have read our adventures along the way.

The website has seen so many different amazing writers and contributors over the years, starting with LC Hill, and including Joey, Greg Ernesto, Kelly Brown, Omar Elkalyoubie, James Feeney, Kurt Henrickson, Ericka Dorman, Justin Holas, The mighty Keeper, and of course Kyle Peek (I still love you), among many others who I apologize for not mentioning. We were a merry band of misfits who truly did it for the love of the game, and the love of the parks. Damn guys, we truly tore it up didn’t we?

The game has changed, and so have many of us. We’ve gotten older, wiser (well some of us) and have moved on to bigger and better things. It’s been a true blast, and one that I have been so very privileged to be part of.

So, what now? The site’s just going to shrivel up and die, right?

While I’m not allowed to say what’s going to happen next, BTT will go on. It will hopefully be bigger and better than ever before, and I’ll be so happy to watch it from the other side of the keyboard.

Behind the Thrills has been a huge part of my life and I’m so happy to have it. Don’t worry, I will be around for a while longer (longer than expected), but it’s time that this beauty shines. I can’t wait for you to see what’s in store, it’s going to be amazing.

I love you all, and I thank you for putting up with my nonsense, shenanigans and BS. 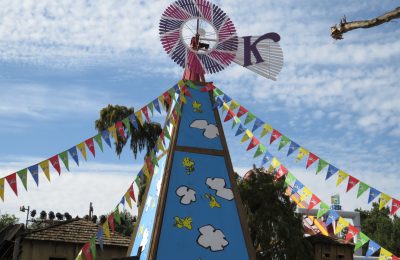 Knott’s PEANUTS Celebration – A Fun Time for the Whole Family 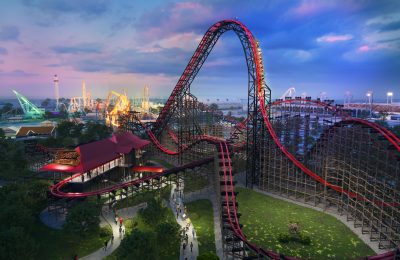