Zoo Miami (or Miami Metro Zoo back in the day) has a long standing tradition of immersing guests with huge animal habitats. According to an article, the zoo is being looked at as a centerpiece for a huge entertainment complex. The complex will feature dining, shopping and if one of the two companies putting proposals in…a theme park. The world’s of animals and movies could soon be combined in the warm sun of South Beach, or dinosaurs could once again walk the earth. 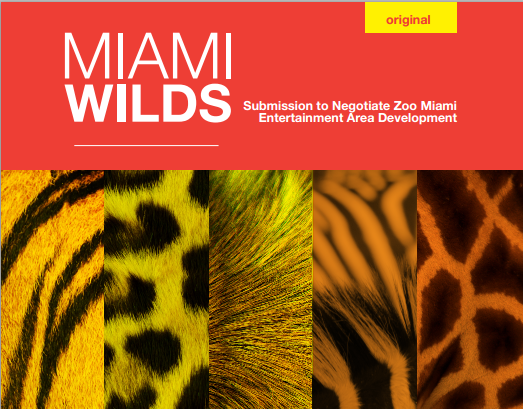 The first proposal is a little more educational, and honestly fits the mission of the zoo better. It’s called Dinosaurier Park, and is an open air prehistoric museum. If built, it would feature dozens of life like animatronic dinosaurs, statues and kids play areas. The area could be ready in less than two years from groundbreaking and would have a much smaller financial impact on taxpayers. Read more about it here.

While it’s a great idea, Dinosaurier Park is extremely tame in comparison to the project being proposed by 20th Century Fox.

The area proposed by the movie giant would bring a theme park, a water park, a hotel, sports complexes and a price tag of almost a billion dollars. It would be the only complex of it’s kind and would look to draw a huge amount of tourists away from the Central Florida theme park mecca by combining the thrills of family entertainment with the allure of the Miami Beaches. The ambitious project is being called Miami Wilds and will have one of the most ambitious theme park line ups ever created.

The ambitious new park will feature seven distinct lands, all either featuring or based on popular Fox properties.

The descriptions are from the propsoal:

The waterpark is going to be a an interesting proposal of Ice Age and Rio, with each side offering themeing to the different film, and separated by a huge three story waterfall. The Ice Age side will be full of lazy rivers, family slides and kids play areas. Ice caves will have pools of water trailing through for kids to run through and explore. On the other side will be the lush rain forest of Rio, which will have more thrilling rides, including a surf pool, and Aqua Loop-A 360 degree looping water slide. There will also be a huge bird aviary, and more conservation messages.

The project is ambitious to say the least, but 20th Century Fox has already gotten approval to do the same type of thing in Malaysia. While everything sounds great on paper, you do have to wonder if this project were to get approved, would Miami have the type of draw to bring in as many families that are needed to keep a place like that running 365 days a year? If it is approved, I can imagine that we’ll see a lot of the concepts either scaled back or scrapped completely. Still a park with at least 4 coasters, and a huge amount of waterslides, all highly themed, has our attention.

You can read tons more about the project on their official proposal page, by clicking here.

We’ll keep you updated if anything else develops with this project. Be sure to stay tuned to us on Twitter @BehindThrills for the latest!