New Busch Gardens Tampa Construction is proving to be massive

Just a few short days ago we had pictures from Busch Gardens Tampa on the start of the “Project 2011” construction. Since then, we’ve learned that its going to probably be called Cheetaka, which seems to be a play on the Cheetah name just like Sheikra was a play on the diving bird, Shikra a bird known to fly straight down to catch its prey. We’ve also learned that this project is a lot bigger than we thought it would be, and right now it’s moving at a break neck rate.

One of the little clues that Busch Gardens gave us in the very beginning was a topiary in the form of a sprinting cheetah right in front of the old Clydesdale hamlet. Now there are two more topiary in front of the hamlet, a Giraffe and now a Kangaroo. We’ve heard in the past that there are also plans for an Australian area, and there have even been trademark names filed under Sea World parks. One of the names was Kangaloom. Could this also be a clue? Honestly I think we’re going to see a two phase project here, and I don’t think it’s going to happen all in 2011.

Scorpion is finally put back together, with what looks to be a bright shiny new red piece, either that or it’s just had a new paint job. While it’s not back in operation just yet, that could be changing any day as people were seen inside the station and the brakes were heard locking and unlocking. The train still sits on the transfer.

But the real astonishment comes from the construction of the area that the new attraction is going to be in. Train tracks are steadily being removed, although it seems that they are saving them instead of just demolishing them. Trees are being ripped up and thrown out, which is a strict contrast to Manta at Sea World which had all the trees temporarily transplanted to be replanted when the ride opened.

While the park has not announced anything yet, my guess is that the announcement will come before Memorial Day as the Serengeti Express is expected to reopen right around that same time. Keep it here for more updates. 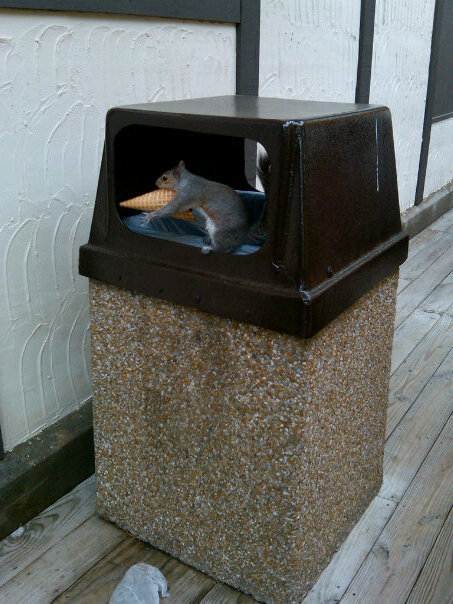