Disney 24-What to do with one more Disney Day

February 29th only comes around once every four years. Is it an extra day, or just another day to add into the mix? Disney wants you to make it special by celebrating for 24 hours. Starting tomorrow at 6 a.m. (and going until Thursday at 6a.m.) Disney is having “one more Disney Day”. It’s a clever marketing ploy to get people to spend more time in the park. And it works. The original Disneyland in California, and the Magic Kingdom at Walt Disney World Resort in Florida is going to be open 24 hours. But what can you do with one more Disney Day that you can’t do any other time? 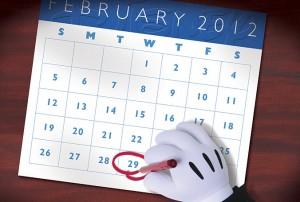 For starters there will be special merchandise just for the occasion. Everything from commemorative mouse ears, and watches to hoodies and t-shirts. 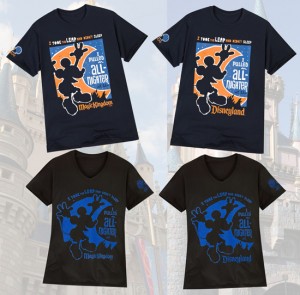 In addition, each park will be having a different line up of events to mark the occasion.

Special Food-Disneyland will also have a special menu to make the occasion. Everything from old favorites that haven’t been around for a while to new creations just for the event, there will be new items to feast on. Also, The Disney Parks Blog will host a “Midnight Snack” at Big Thunder Mountain Ranch. This will be limited to about 200 guests, and is on a first come first serve basis. Guests can line up as early as 10 p.m. for the event. Check out the Disney Parks Blog for more.

Make sure to follow along with us on Twitter as we will be tweeting from all the parks all day (and night!) long!