Hollywood Drive In just opened at Universal Orlando’s Citywalk last week. The mini golf course is themed to a 50’s drive in theather, where “The Haunting of Ghostly Greens” and “Invaders from Planet Putt” are playing. Guests can choose to do a single or double feature. The mini golf course is split up into two groups of 18 holes, one themed to Horror (Ghostly Greens) and one themed to Sci-Fi (Planet Putt). 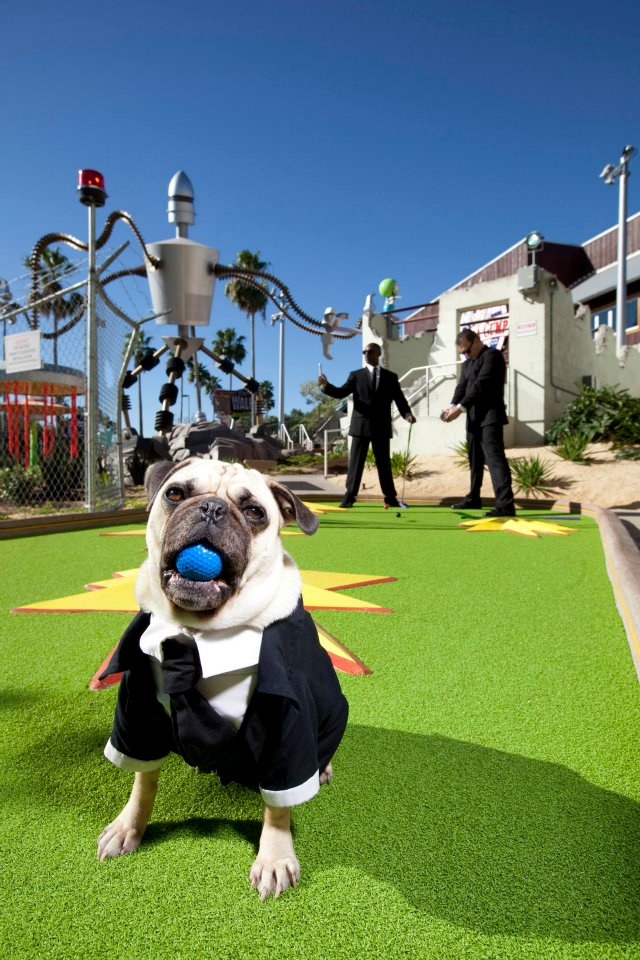 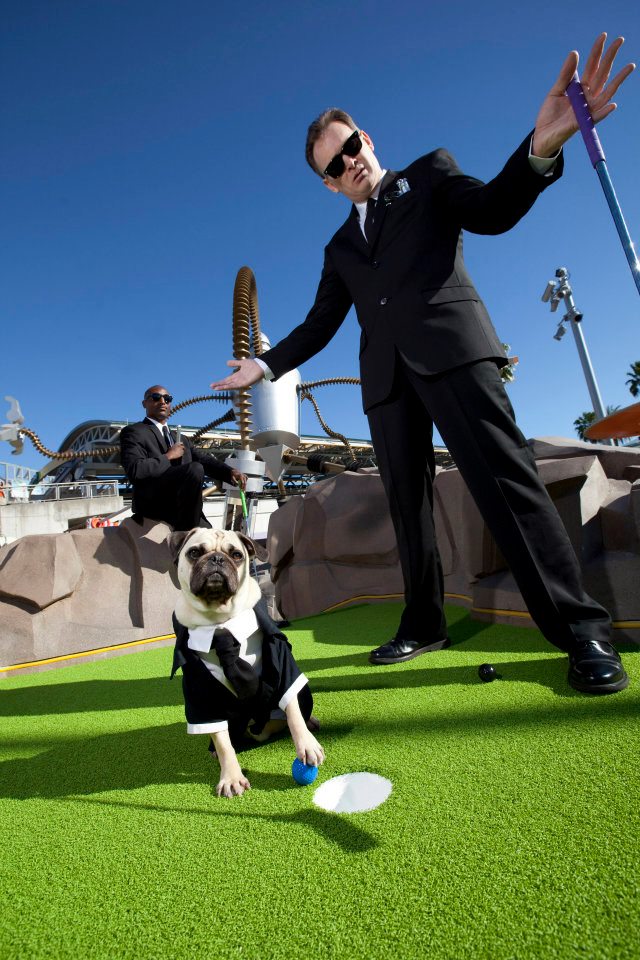 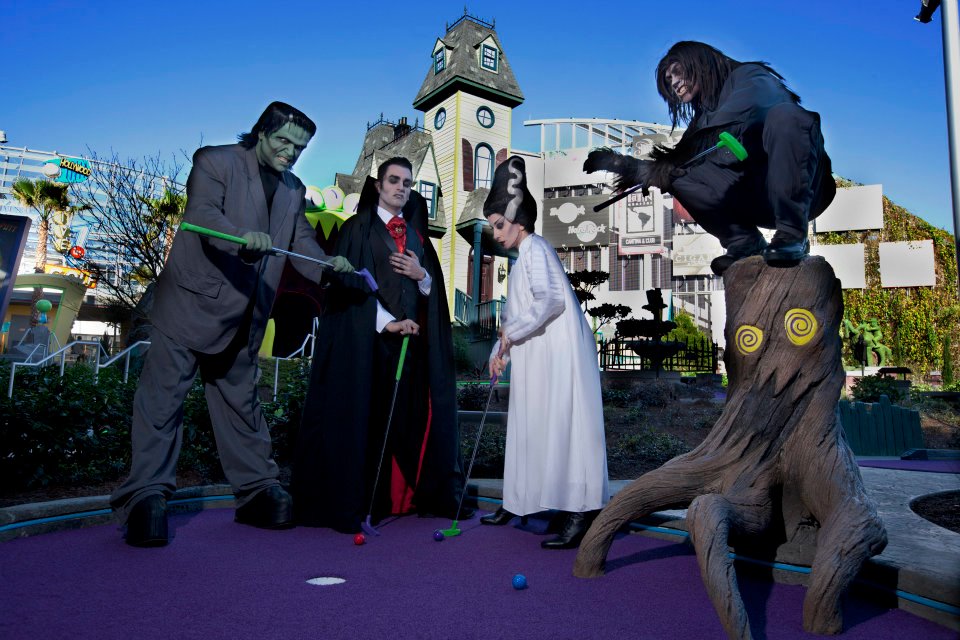 Aww, isn’t Frank so cute? Well, I think so! He kind of reminds me of my Turk!

The whole Universal gang was out in force today to celebrate the OFFICIAL opening of the Hollywood Drive-In Mini Golf at Univesral Orlando’s Citywalk. The course has been soft opening for a few weeks. Read our full review here

Pricing for a Single feature:

Pricing for a double feature:

For more information about Hollywood Drive In, visit http://hollywooddriveingolf.com/.