Pirate Reef invites guests to take a 25 foot plunge down a chute on a boat between two pirate ships at 26 miles per hour, splashing down below. Guests can also aim water canons at each other from Captain Blue Brick or Captain Red Brick’s pirate ship. They can also take their chances as they walk over a bridge from ship to ship and try not to get soaked. 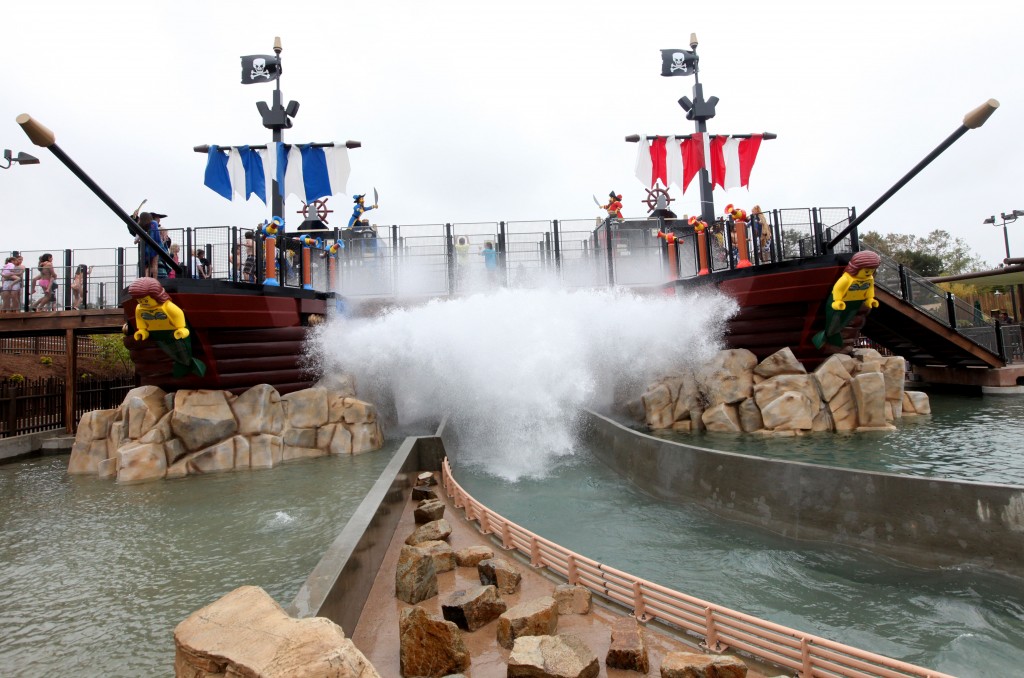 “Pirate Reef encompasses three things we know are already a hit with children: Water, LEGO® and pirates,” said LEGOLAND California Resort General Manager Peter Ronchetti. “This is an amazing addition to our rapidly growing Resort and I’m excited to see our guests’ reactions when they get to experience Pirate Reef for the first time this Memorial Day weekend.”

Pirate Reef also incorporates 30 pirate themed Lego models that took 223,000 legos to build. Models include monkeys, parrots, frogs, and pirates. Pirate Reef is the first attraction of more than 60 attractions to be accessible from the Legoland Waterpark and the theme park.