We are officially two weeks away (this article was originally published on September 7th) from opening night of Halloween Horror Nights 22. Details for the event were released a couple of weeks ago and tickets have been on sale all summer. The moment we have been waiting for all year is almost here. Today, the map made it to the internet, which shows the locations for all the houses, shows, and more. Keep in mind the map below is just a pre-release and may change. 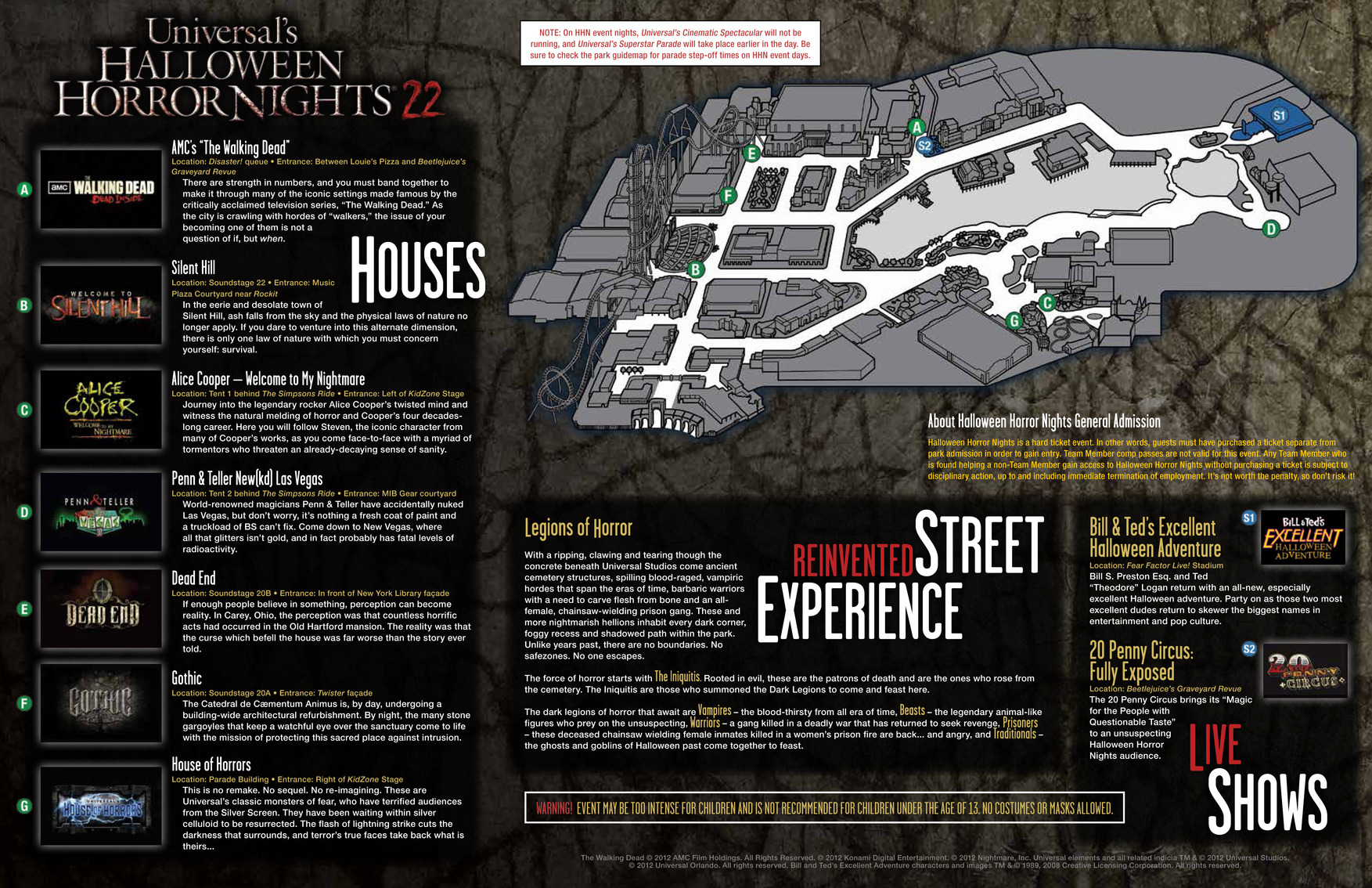 Big thanks to our friends at Horror Night Nightmares for posting the map. Although house locations are confirmed early on in the year through permits that are filed with the city for construction, the map officially confirms the exact locations of houses and shows.

Edit (9/13/12 6:30pm): Universal Orlando has released the official map. The pre-release map posted above has changed.. slightly. Here’s the official map you’ll pick up when you visit this year. 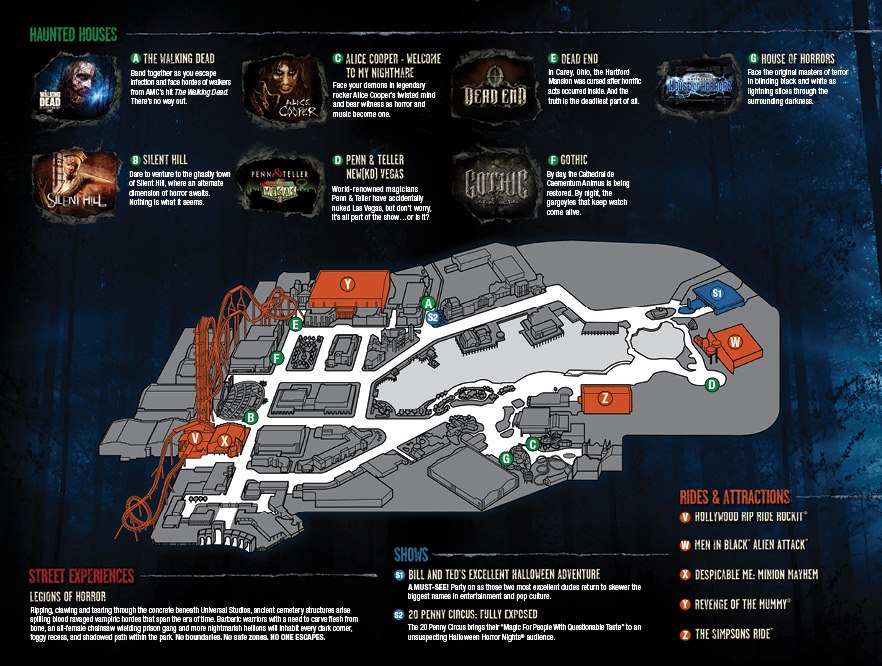