Peeking under the tree-Universal Orlando gives a glimpse of Macy’s Day Parade and Grinchmas!

Holidays at Universal kick off Saturday December 1st with The Macy’s Day Parade, Grinchmas, concerts by Mannheim Steamroller and celebrations resort wide. What exactly does it take to put it all together? What can guests expect Saturday when the floats get rolling, the balloons get moving and the Grinch gets Grinching? We were able to get a sneak preview of what guests can expect, with a behind the scenes look at this years Holidays at Universal. 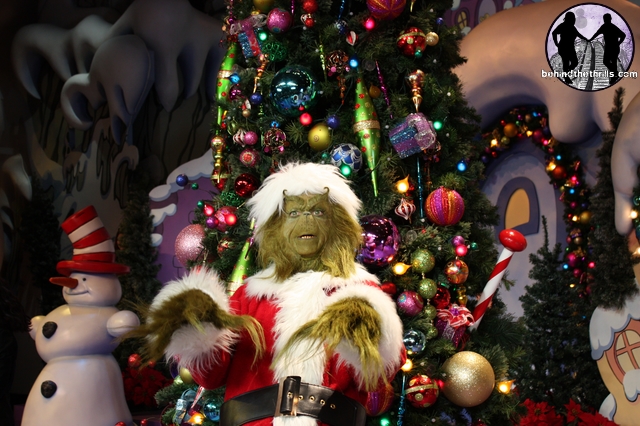 The Who’s down in Whoville liked Christmas a lot, but the Grinch who lived just north of Whoville did not. So he set up shop in an elaborate soundstage at Universal’s Islands of Adventure and got an idea. An awful idea. The Grinch got a wonderful awful idea.

That’s the setting for Dr. Seuss’s classic tale, How the Grinch Stole Christmas, brought to life on stage by the people at Universal Orlando. We had the chance to chat with show director Lora Wallace and get a close up look at the Grinch. 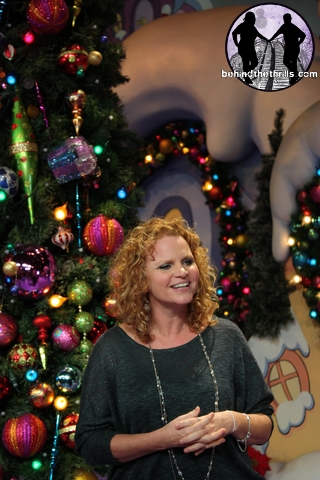 “How the Grinch Stole Christmas has a special place in my heart, as I’ve been working on the show since 2002” said Wallace “it’s an amazing story of much more than just the Grinch. One of my favorite parts in the show is when the Who’s realize that without any presents at all, Christmas is about love,family and being together.”

That idea shines through in every aspect of the show, from the music, to actors to even the Mean One himself. 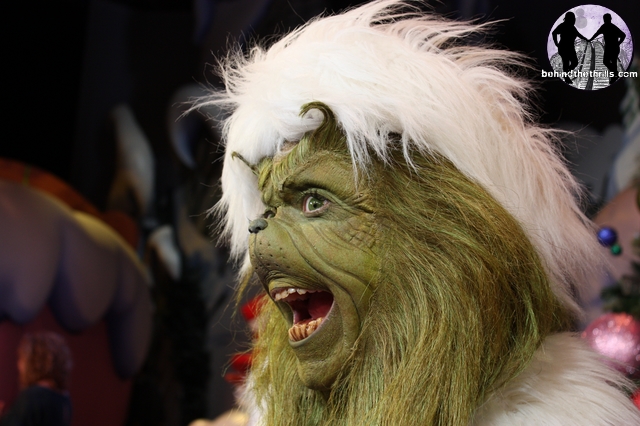 The Grinch is very much the star of the show as he steals everything, from all the presents down in Whoville to every single time he steps on stage. The show features music from Christmas supergroup, Mannheim Steamroller, and performs several times daily.

Some things to know about the show:

The fun doesn’t stop with the show. In Seuss Landing, the Who’s of Whoville have taken over and wonder the streets. They play games and get ready for Christmas. There’s even a wonky tree lot and, you may just see the Mean one lurking the streets.

Next door at Universal Studios Florida, guests can experience the magic and tradition of The Macy’s Thanksgiving Parade. The Parade is inspired by, and comes directly from the annual Thanksgiving tradition in New York City. 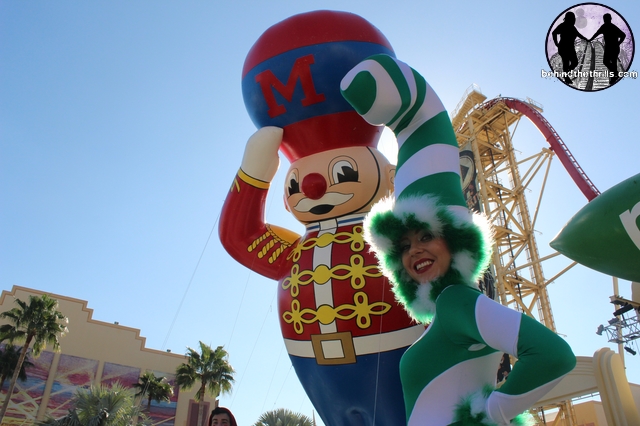 “We’ve never done the parade anywhere else” said Macy’s Studios Vice President John Piper “It took the magic of Universal to combine with the magic of Macy’s. Universal is the only place that can create a whole new New York.”

Many of the balloons that you see are actually used every year in the Macy’s Thanksgiving Parade in New York. Balloons like the Toy Soldier, Star, and “Big Man Santa” are all classic balloons remade with modern balloons, based on classic designs from the Macy’s parade in the 30’s and 40’s. 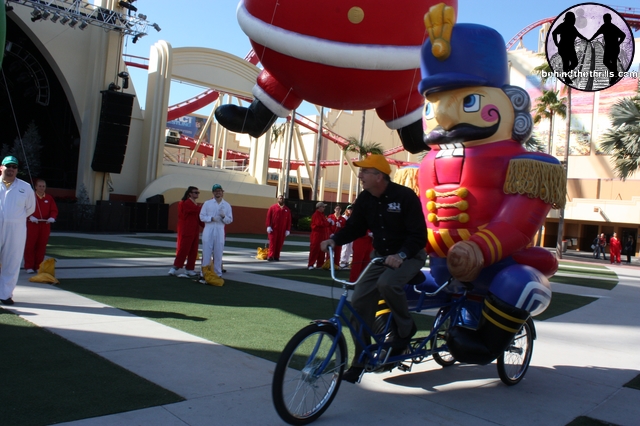 The one thing that’s new this year, is the introduction of the “trycaloons”. They are pretty much tandem tricycles, which will have a costumed character in the front and a huge balloon in the back. We tried our hand at handling the balloons, and it really is much harder than it looks. 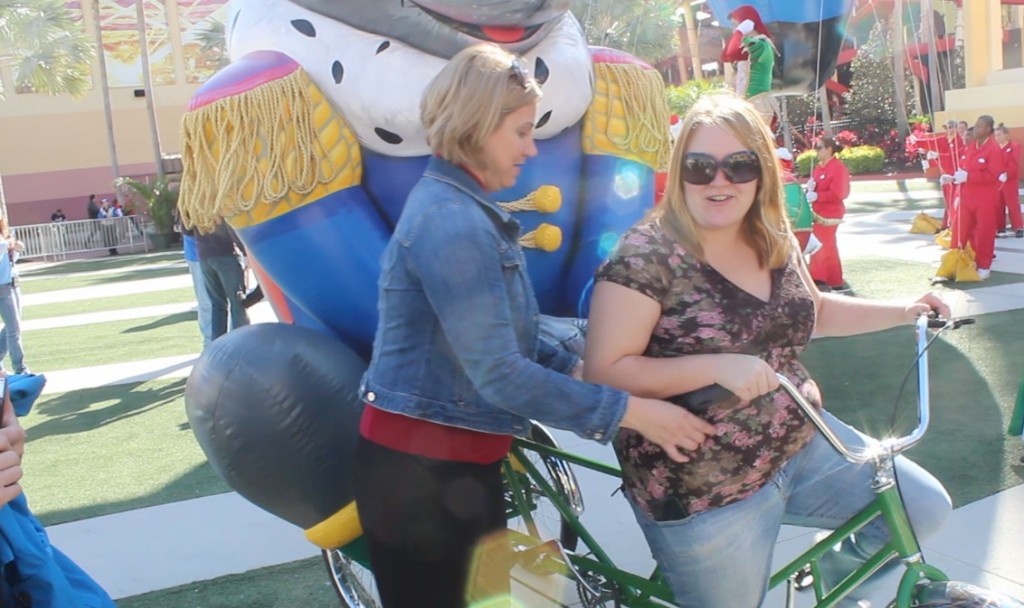 Here are some things to know about Macy’s Parade at Universal Studios Florida:

Check out the full parade!

Weekends in December get even more festive with Christmas supergroup Mannheim Steamroller playing Saturday and Sunday Nights. The concert starts around 6p.m. at the Music Plaza stage under Rip Ride Rockit and is free with paid park admission. The concert is standing room only, and tends to get very busy. Mannheim Steamroller is the best selling Christmas group of all times, and draws quite the crowd.