Earlier this year Universal Orlando made history by giving guests at the Orange County Regional History Center a look at “The Serious Art of Make Believe”, a look at the art and designs of Universal Orlando. That exhibit focused primarily on Halloween Horror Nights, and gave a great look at the designs that go into bringing unbelievable events to life. Beginning in 2013, Orange County History Center and Universal Orlando Resort will give you a glimpse at “A Year in the Life:Backstage to Onstage”. This unbelievable event will give guests a look at not only the art and design, but all the work that goes into bringing yearly special events to life at Universal Orlando. Like the ever changing events, this exhibit won’t stay the same. 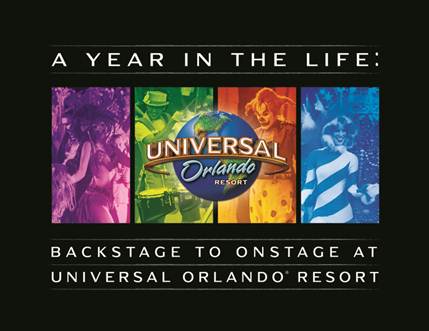 This unprecedented look at the entire creative process will begin January 26th at the Orange County Regional History Center in Orlando and run all the way until January 5th 2014. However, unlike other museum exhibits, this one won’t be sitting still long enough to collect dust. the exhibit will take a look at an entire year of events at Universal Orlando. Like the events at Universal Orlando that change from season to season, so will the exhibit!

The exhibit begins with a room chock full of the history of Art and Design at the park, then as it goes from room to room you’ll see it shift to props, production items and displays. The final room is where all the excitement comes in. You’ll see props from the event that’s going on at the moment at Universal Orlando.

What exactly can you expect? We can’t tell you exact details, but the events you can expect to see are:

This is going to differ greatly from the previous exhibit, “The Serious Art of Make Believe” which focused mainly on the design aspect. A Year in the life will focus on the complete process, from design to performance. It will use videos, scripts, designs and more to show what the team has to do in order to bring everything to life for it’s guests each year.

Participating in Backstage to Onstage is just one of the ways Universal Orlando is bringing its creative process to life for the community.  Universal Orlando is also partnering with Orange County Public Schools on a program called “The Art of Tomorrow,” an entire curriculum that involves middle school children in the creative process behind developing attractions and special events.  The program is designed to show students the wide range of career opportunities that exist in the arts – something the History Center exhibition will also do.

“The entertainment industry has impacted our local history dramatically, making Orlando one of the premiere tourist destinations in the world,” said Sara Van Arsdel, executive director of the History Center.  “I think visitors will be intrigued by the seismic shift Orlando’s history experienced moving from a focus on agriculture and cattle to aerospace and theme park entertainment.”

Admission to “A Year in the Life:Backstage to Onstage at Universal Orlando Resort” is included with paid admission to the History Center. Tickets are just $9 dollars for adults and $5 for children.