Tonight was a rather big night for HHN fans. Both Hollywood and Orlando made announcements. On the west coast at Universal Studios Hollywood. The Purge, an all new scare zone will take place during Horror Nights based on the 2013 Universal picture of the same name. This will located at the front of the park, an area usually dedicated to Clownz. The Purge begins roughly at 7pm, the same time that the park opens for HHN each night. After the commencing of the purge (opening of the park) during the opening scare-a-mony guests will have to make their way past chaos taking place. Sounds like a fun way to really mesh the movies environment with the HHN event. The announcement was made via facebook.

The Purge, an all-new murder-filled scare zone is coming to HHN 2013! 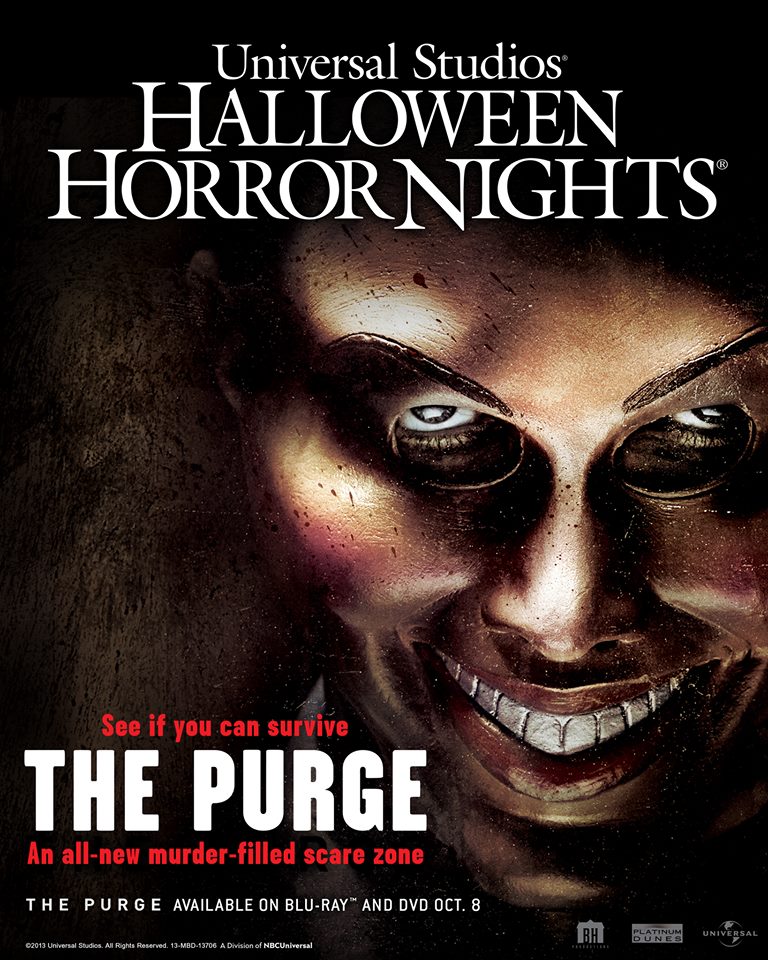 This scare zone will be exclusive to Hollywood and joins an already star studded cast of movie properties at this years event including Evil Dead, The Walking Dead and Insidious.

The Purge will be released on Blu-Ray and DVD Oct. 8, 2013 and guests will be able to experience The Purge at Horror Nights in Hollywood Sept. 20.