What’s your Disney side like? Is it wild, free and needs more than a few hours to run free? If so, then Magic Kingdom at Walt Disney World and Disneyland is giving you tons of time on Memorial Day weekend to let it run wild, and to kick off the summer. Disney Parks Blog made the announcement this morning, and they did it in just 140 characters. 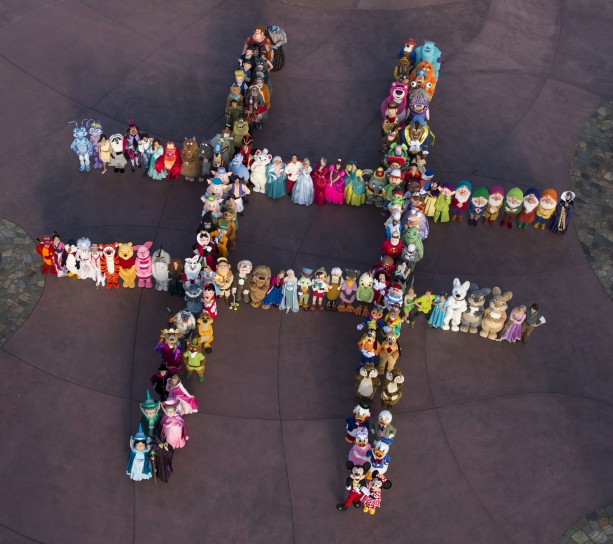 The official Disney Parks Blog tweeted out a picture of 140 Disney characters to help announce that on Friday May 23rd at 6 a.m. Both Disneyland in California and the Magic Kingdom at Walt Disney World in Florida will kick off the summer in a big way. For 24 Hours the entire park will be one giant party as you “Rock your Disney side”.
From 6a.m. Friday morning until 6 a.m. Saturday morning, guests will be able to spend the entire day, and we mean the entire day, in Disney. Even more, they want to see how you rock your Disney side by dressing up as your favorite hero, villain, monster, mermaid,  or mouse. However you rock your Disney side, guests are encouraged to dress up in costume.
This is the third year in a row that Disney is doing a 24 hour celebration.  Last year it was to kick off a “monstrous summer” and in 2012 it was to celebrate the 29th of February. The event will feature special merchandise, events and shows planned just for this huge special occasion.
There will be more details released in the coming months, so stay tuned, and be sure to follow along with us on Twitter @BehindThrills for the latest updates.
For more information about the Rock you Disney Side summer kickoff, visit the official website by clicking here!