Seven Dwarfs Mine Train Coaster at Walt Disney World’s Magic Kingdom is the single handed most watched topic right now. So many people are anxious for the all new coaster to open, that it’s a topic of conversation, argument, and obsession. While there is no official date, and no word of a soft opening, things have gotten a little bit closer as workers have been seen doing the required envelope testing in the park. 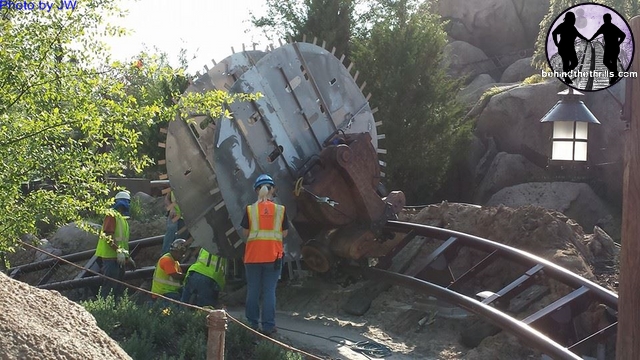 It looks like a piece of medieval torturous mayhem, but instead of being used to torture riders, the huge saw like attachments are used to test the “safety envelope” of the coaster. The idea being that if anything touches it, it’s in an unsafe distance from the riders. Pretty much if a rider can hold their hands out as far as they can go, even stretching, they should not be able to touch anything at all.

Video-Watch the slow process of envelope testing on the all new Seven Dwarfs Mine Train Coaster! 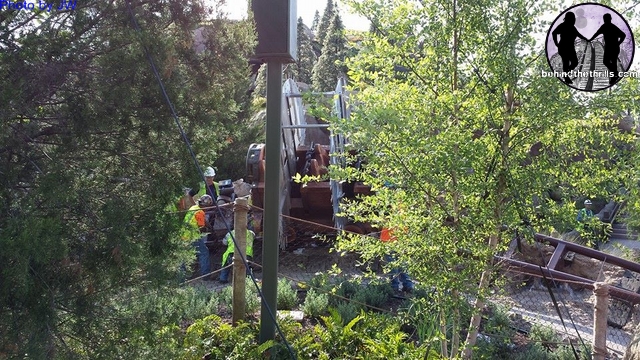 The process is very slow, as the coaster must be moved along every inch of track by hand. In places where the coaster could possibly roll past an area too fast, parks have been known to tie the train down, and use a crane. While this isn’t a huge deal, it means that the coaster is that much closer to opening. Once envelope tests are done, the ride can be deemed completely safe for riders.

Once again, there is no official word on WHEN the coaster will open…but it has to be close. The all new coaster will cap off the New Fantasyland, and will be part dark ride, part family coaster.

Stay tuned for more from Walt Disney World, and be sure to follow along with us on Twitter @BehindThrills for the latest updates!

For more information about the New Fantasyland, including tickets, visit the official website by clicking here!