Those who study wand lore know one thing, the wand chooses the wizard. No one is quite sure why, but you will never get such good results from another wizards wand. A wand learns from the wizard, and the wizard from the wand. It’s a bond that is hard to break, though it can be broken. Some of that depends on the place from which you buy your wand. Until now, there’s been just one maker of fine wands at Universal Orlando. When Diagon Alley opens on July 8th, not only will that change, but there will be a new wand maker in town, as well as a new wand showroom. 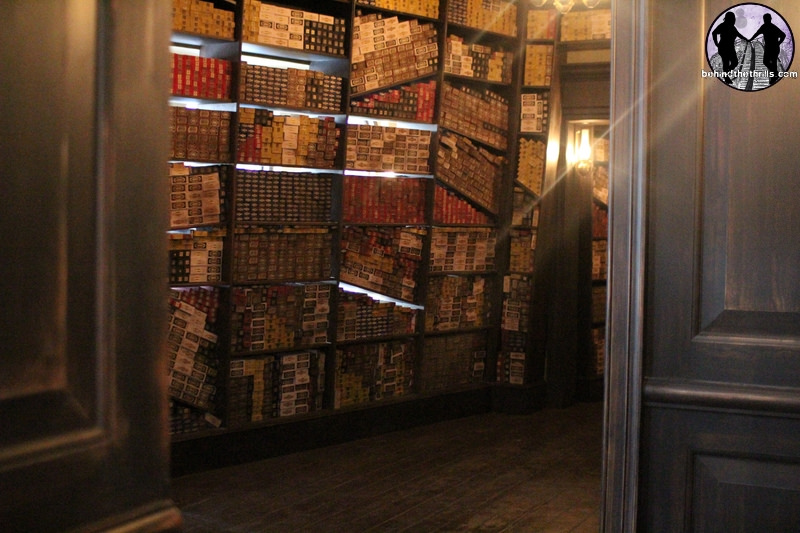 Ollivander’s, makers of fine wands since 382 B.C. was first opened at Hogsmeade in 2010, and has become a must for any witch or wizard visit Universal Orlando. The only thing, the wand shop was exceedingly small, which caused huge lines to form. That was something that designers set out to change once they set about planning for Diagon Alley.

The new shop in Diagon Alley is nearly triple the size, with many more wand choosing rooms. The other thing that has changed is the way that people can purchase wands. There are many more wands to choose from, as well as more rooms to choose wands in. 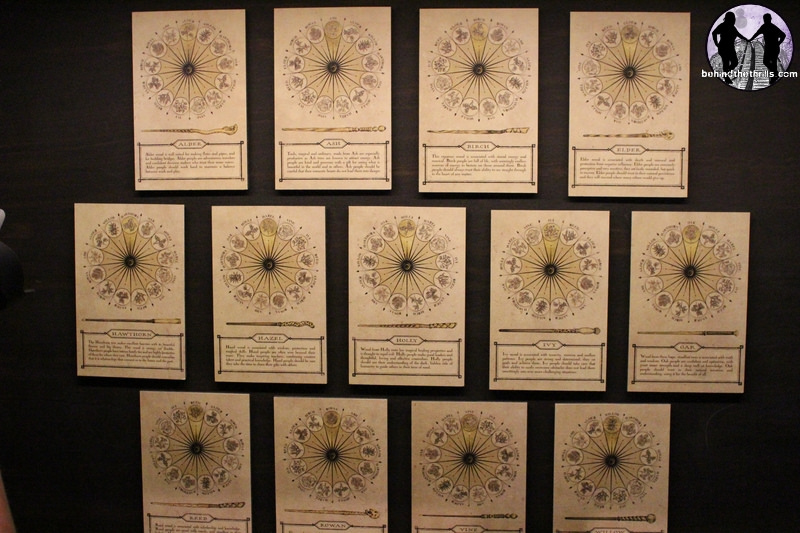 The wands in Ollivanders at Diagon Alley are the interactive wands that activate certain items in the area. There are the main character wands (Harry, Ron, Hermione and Dumbledore) as well as several standard wands. The one new thing that Ollivander’s is doing is matching up your wand to your birth month. This is something that other Harry Potter wand sellers have done for a few years, but it wasn’t something that was an option at Universal until now. A chart showcases the types of wand that correlates with the month you were born, and the type of wood that your wand is. Think of it like the new birthstone.

There’s another wandshop in town as well. It’s right around the corner, and it’s not nearly as large as Ollivander’s. Gregorovitch’s Wands has a small selection of wands, and does not have the choosing rooms as Ollivander’s does. It’s a fun shop for those who want to get a wand, without the ceremony.

The ceremony, however, is where all the fun is. Everything is the same as it was before, with just a larger room for more guests. There are also hidden rooms, so we aren’t sure exactly how many wand rooms there are. The wand ceremony hasn’t changed, everyone comes into a room, and the wand keeper chooses one to be chosen. It’s still very touching, and still an amazing experience.

The other huge thing that has changed, is that there are now female wand keepers. This is a role that has primarily been male in the past. Maybe it’s that whole city vs. country image. Maybe female wand keepers don’t want to relocate to the country? Whatever the case is, it’s a welcome change. We had the chance to see one in action, and the sex of the wand keeper does not change the experience whatsoever. If a wand keeper truly knows their craft, they will pair you with the correct wand regardless.