There’s bad guys, then there’s a bunch of A-holes. Disney’s first ever Villains Unleashed Party premiered Saturday night at Disney’s Hollywood Studios, and with that many bad guys running around, there was bound to be a hero or two hanging about, ya know…just in case. Marvel characters from the all new film, Guardians of the Galaxy were there to keep things in line. 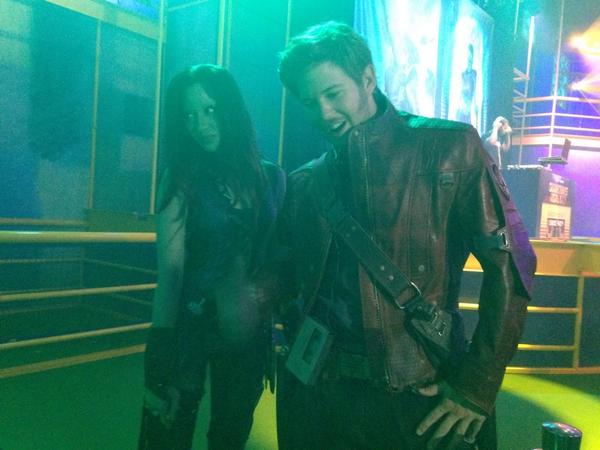 Why is this a big deal? Before Disney bought out Marvel, there was a contract in place to keep Marvel characters out of any park East of the Mississippi River, except Universal Orlando’s Islands of Adventure. That park has Marvel Super Hero Island and several attractions based on Marvel characters.

With the Disney buy out, they have not been able to utilize those characters inside the park…though they’ve been doing things with them outside the park, including merchandise and monorail wraps. The Guardians characters are not included in the original contract, as it appears to apply only to those characters already used in Universal’s Marvel Super Hero Island. Characters like The Incredible Hulk, Spider-Man, Doctor Doom all have attractions that revolve around them. This also seems to apply to other characters that Universal has as walk around characters, like Rogue, Storm, Green Goblin, Captain America, Cyclops and Wolverine. The contract also appears to state that characters that had movies before the Marvel buyout by Disney could not be used in theme parks.   Regardless, it’s very cool to see Guardians of the Galaxy in parks, and a definite sign of things to come.

Stay tuned for more from Walt Disney World, and be sure to get social with us on Facebook, and follow along with us on Twitter @BehindThrills for all the latest updates!