Universal Studios Florida is home to some of the biggest theme park attractions in the world. Last summer the Orlando park was home to The Wizarding World of Harry Potter:Diagon Alley. Before the wands came out, however, the apprentices played. In April stars of the hit NBC show, Celebrity Apprentice  were at the Central Florida park filming an episode of the show. We can now look back at the filming and figure out what was happening. Proceed with caution because these pictures could be considered a SPOILER ALERT! 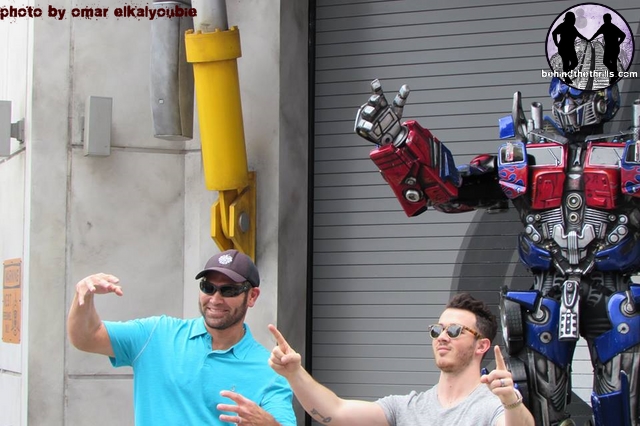 Stars of the 2015 edition of Celebrity Apprentice were at Universal Studios Florida on Monday, filming for an upcoming episode. Former MLB player, Johnny Damon and Singer Kevin Jonas were seen posing for a picture as they helped to save the day with Optimus Prime. 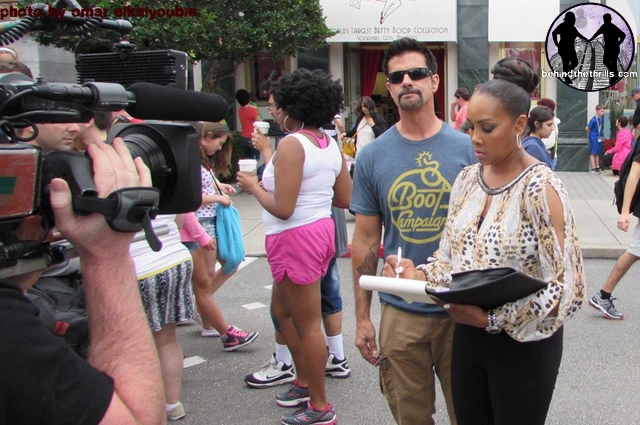 Vivica A. Fox and Lorenzo Lamas were also on hand, performing tasks and filming in the park. The production crew and celebrities made for an attraction in and of itself, as busy Spring Break crowds still flock to the park for the next few weeks. 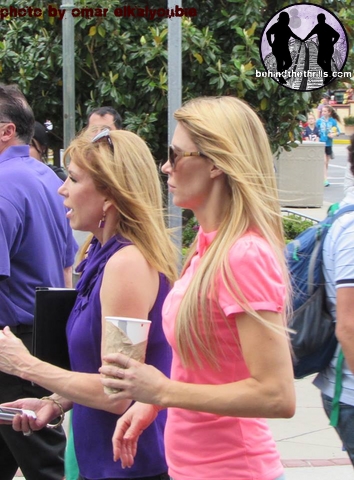 Leeza Gibbons and Brandi Glanville could also be seen combing the streets, clipboards in hand and looking like they were ready for business. The cast could be seen walking through the streets of Universal, and enjoying various photo opportunities in the park. The show was taped back in April of 2014, and is just now airing, so we’re not exactly sure what is going on…who has been fired, or if this was a split in the cast. The cast also includes Geraldo Rivera, who was also spotted at Universal during taping, so we know he makes it that far.
We’re guessing that the segments taped at Universal Orlando are for the finale, as Kevin Jonas was fired in this past week’s episode.
You’ll have to watch this season to find out for sure. Celebrity Apprentice airs on NBC, check your local listings for showtimes. 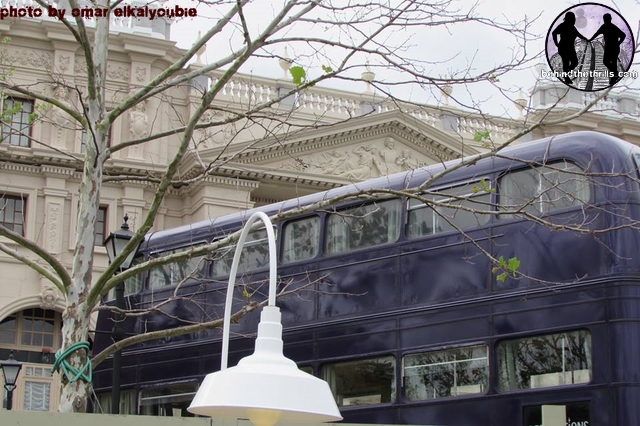 Slideshow-Check out even more pictures of the cast of Celebrity Apprentice at Universal Studios Florida!

Stay tuned as we bring you even more from Universal Studios Florida, and be sure to follow along with us on Twitter @BehindThrills for the latest updates!

For more information about Universal Orlando Resort, including tickets and hotel reservations, visit the official website by clicking here!