The reach and effect of Harry Potter is simply astounding. Almost eight years after the release of the last book, and four years after the final film fans are still as rabid about the Boy Wizard as the day he was first sorted. Universal Orlando held their annual Celebration of Harry Potter, inviting fans of all ages, and all over the world to come and celebrate what Harry Potter meant to them. The park is home to The Wizarding World of Harry Potter, and over the Celebration weekend, it became home to several thousand Potter fans, all dressing to impress. 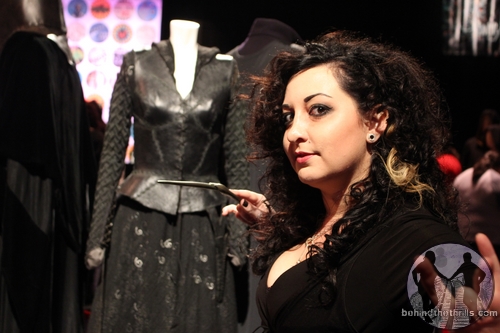 Fans were encouraged to dress as their favorite characters from the Potter films and book series. Of course, there were strict guidelines, but most of the fans did their best to not only fit the guidelines, but look their best. What was the most common character? Why, it was Harry, of course!

From boys dressed up as Harry Potter, to women dressed as a gender-bent version of The Boy Wizard, we stopped counting Harry Potters when our counts reached 150.

The second? Bellatrix LeStrange. She is featured prominently in Harry Potter and the Escape from Gringotts at the all new Diagon Alley. Guests can purchase not only her wand, but her entire outfit from Bourgin and Burkes in Knockturn Alley. 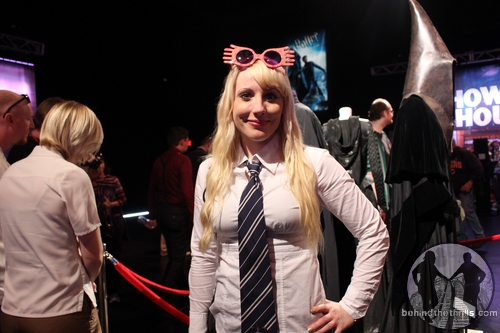 With Evanna Lynch making an appearance at Celebration, there were tons of Luna Lovegoods roaming around. Most relying on the bleach blonde hair. Of course, the standard Luna Lovegood equipment were the glasses, if nothing else. 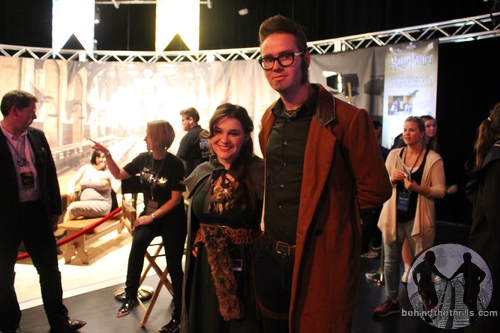 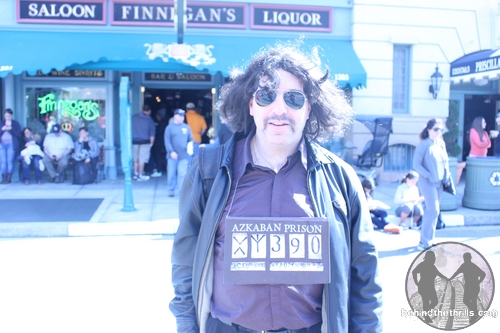 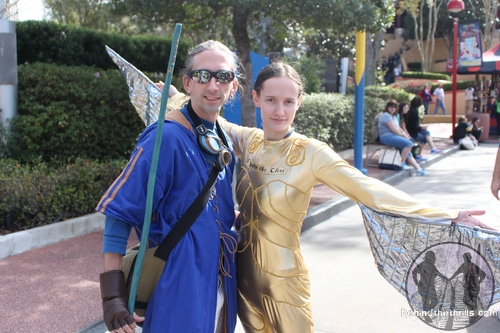 Other costumes went from the very unique to the outright creative. Aurors, a mugshot from Azkaban, and a golden snitch and her seeker were all the costumes that didn’t fit the normal costume molds. All very unique, and amazing. 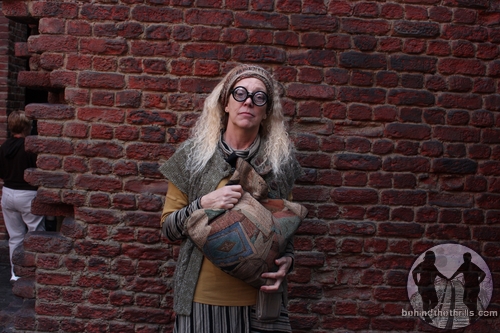 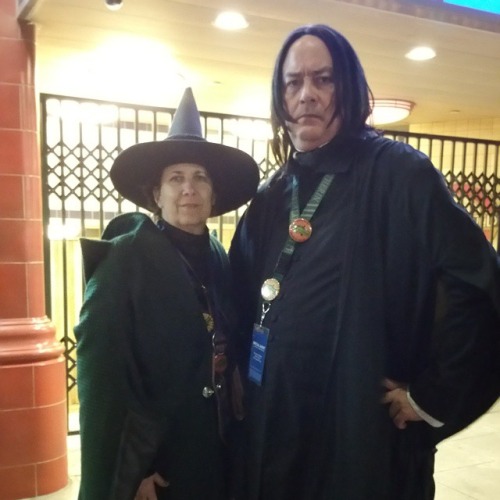 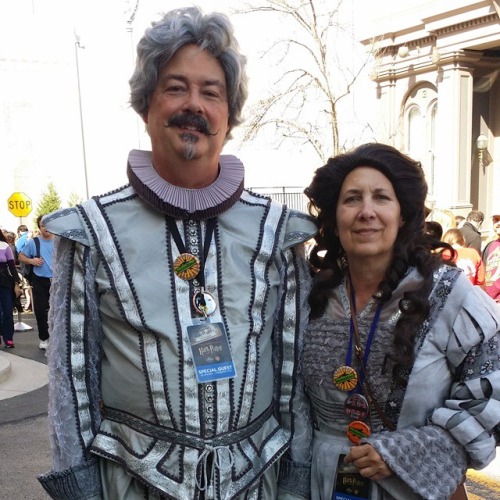 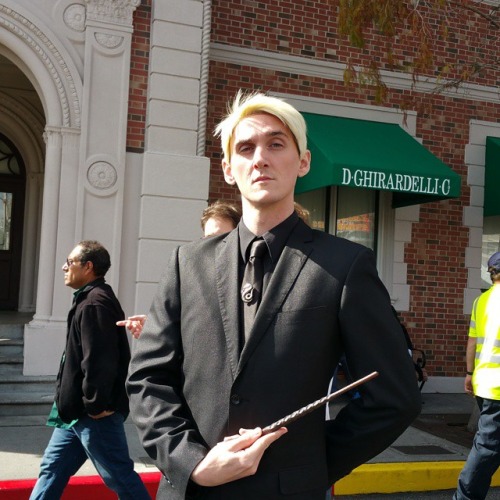 Our hands down favorites, and best costumes had to be the simplest, yet most intricate. Professor Trelawny drew huge crowds of fans wanting to snap a picture with her. Snape was also a favorite, but the hands down best came from Draco Malfoy. He addressed everyone as “filthy mudbloods” or “worthless muggles”. Of course he took time to take a quick picture, but rushed us along as he was “far too busy and important to be wasting his time with the likes of muggles and their silly devices”.

Stay tuned for more Harry Potter Celebration, and be sure to get social with us on Facebook, and follow along with us on Twitter @BehindThrills for the latest updates!