Fire crews were called to Universal Orlando on Tuesday afternoon after the Incredible Hulk Coaster was stalled on the tracks. According to a spokesman the coaster “experienced a glitch” and was shut down. Fire crews had to come in and evacuate people off the coaster. 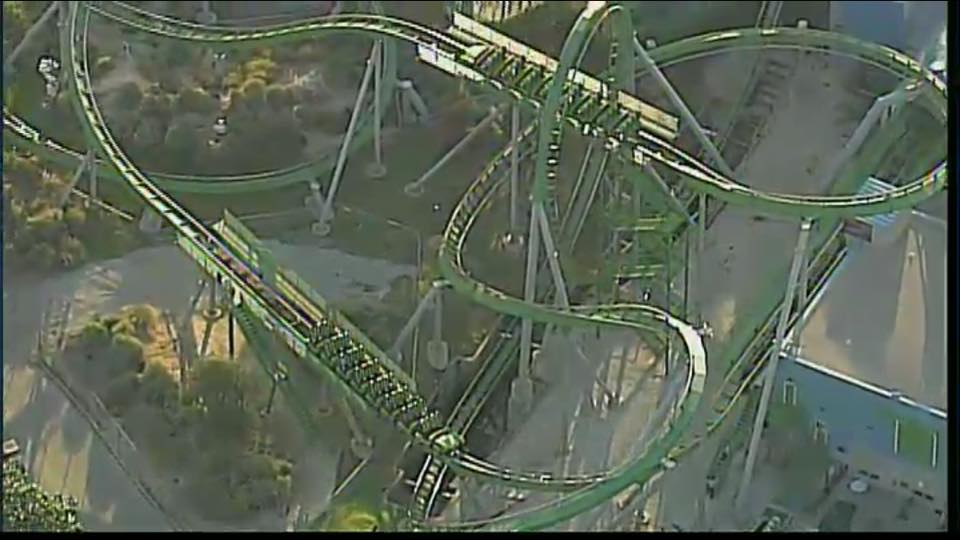 There were no injuries, and the coaster was expected to open on Wednesday. Fire rescue took 12 people off of the coaster.

If you look at the picture above, you can see what appears to be a coaster in the brake run, and one right past a brake run. It appears that the coaster glitched, and almost missed the break run, causing it to stop. The safety system operated just as it was supposed to.

The coaster launches riders off at 40 mph, and reaches a top speed of 67 mph. The coaster goes upside down (inversions) seven times, including a huge loop. The coaster has a fearsome reputation, after the monster of its’s namesake. It also has a fearsome “roar” that is caused by the supports being hollow. It’s an intimidating coaster, which makes any story like this all the more frightening. Still, minor incidents such as this are not a common occurrence, and should not dissuade guests from riding.

TAGAccidents Incredible Hulk coaster Islands of Adventure Universal Orlando
Previous PostMetal detectors go up on Rip Ride Rockit at Universal Orlando, others could follow Next PostScream your lungs out at Legends in Old Town for an amazing cause