When it comes to classic Disney attractions, specifically at Disney’s Hollywood Studios at Walt Disney World, some of the best rides come to mind. Star Tours, Rock n Roller Coaster, Tower of Terror, and even the Great Movie Ride come to mind. The Magic of Disney Animation may not be the first attraction that comes to mind, but it is a classic attraction in the sense that it’s been there since the beginning. It opened with the park back in 1989, and as the park is getting ready to go on a new adventure, it will close with what originally started out as Disney’s MGM Studios. 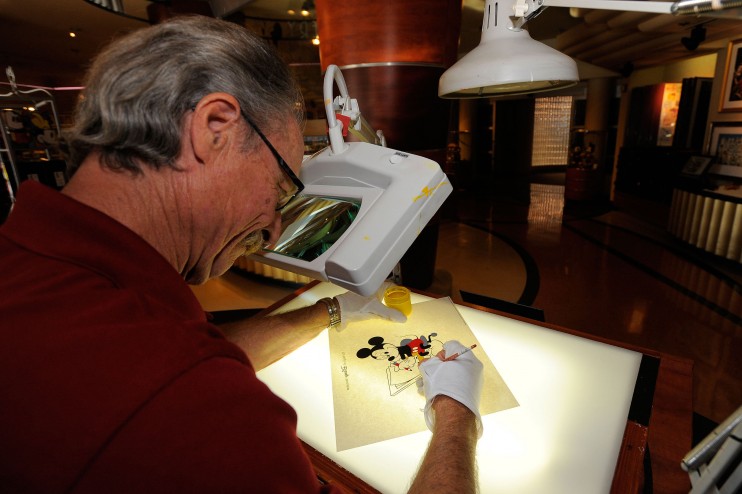 The Magic of Disney Animation attraction at Disney’s Hollywood Studios is closing. The last day of operation will be July 12th. The only thing that will remain open will be the gift shop, and that’s going to only stay open until august. Everything from the attraction, to the character meet and greets and even the the Mushu show, the interactive exhibits, and Animation Academy, all of it…will be closed on July 12th.

The attraction used to be a full-fledged animation studio, where guests could watch animators create feature-length films. It produced it’s last film in house in 2004, when it was closed. It originally also featured a tour video with Robin Williams and Walter Cronkite on the magic of animation.

It was reopened as an exhibition hall, with character meet and greets, interactive displays, and an Animation Academy where guests could learn to draw a Disney character.

Disney’s Hollywood Studios has been just about gutted over the past year, with several large attractions being closed. The Backlot Studio Tour, Captain Jack’s Pirate Experience, and American Idol Experience all closed with the past year.
With all the closures, something BIG is on the horizon. Many speculate that the park will get all new areas themed to Star Wars, Pixar and other original ideas. There will also be another big name change that takes the park from being a “Studio” park, and into another direction. Some have speculated that it will be “Hollywood Adventure”.

There’s even more rumors that the park will get a massive overhaul, like Disney’s California Adventure, to the tune of around $2 Billion dollars. That is strictly a rumor at this point, but it’s one that seems likely, especially with all the closures.